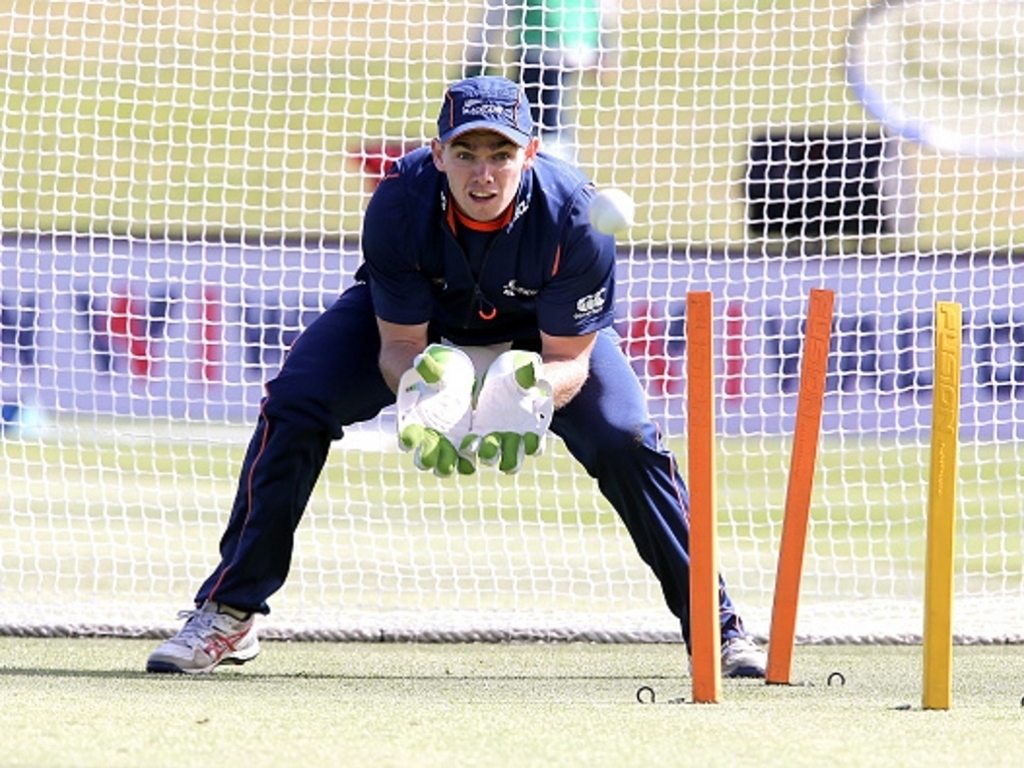 New Zealand opener Tom Latham has strengthened his chances of donning the wicketkeeping gloves for the Black Caps after a solid showing behind the stumps for Canterbury.

With BJ Watling and Luke Ronchi out injured New Zealand have called up Wellington keeper Tom Blundell but may opt to give the gloves to Latham against Australia to give the team a better balance.

Latham has been in excellent form with the bat and scored a massive ton against Bangladesh to set up an unlikely Black Caps win in the first Test after Bangladesh scored close to six hundred in their first innings.

Among Latham’s stumping victims was Test opening partner Jeet Raval who was deceived by a delivery from Tim Johnston and couldn’t get back into his crease in time.

With Canterbury chasing just 209 Latham got the men from Christchurch off to a good start with a knock of 59 while international teammate Henry Nicholls made 76 as they defeated Auckland comfortably.

New Zealand were whitewashed by Australia in the Chappell-Hadlee series late last year and they will be eager to perform well as they host the number one ranked ODI side Australia in three ODIs.

The first of three ODIs will take place on Monday 30 January at Eden Park in Auckland with Australia having to do without both skipper Steve Smith, who is injured, and vice-captain David Warner who has been rested.

In the absence of their regular leaders wicketkeeper Matthew Wade will lead Australia in the trans-Tasman clash.