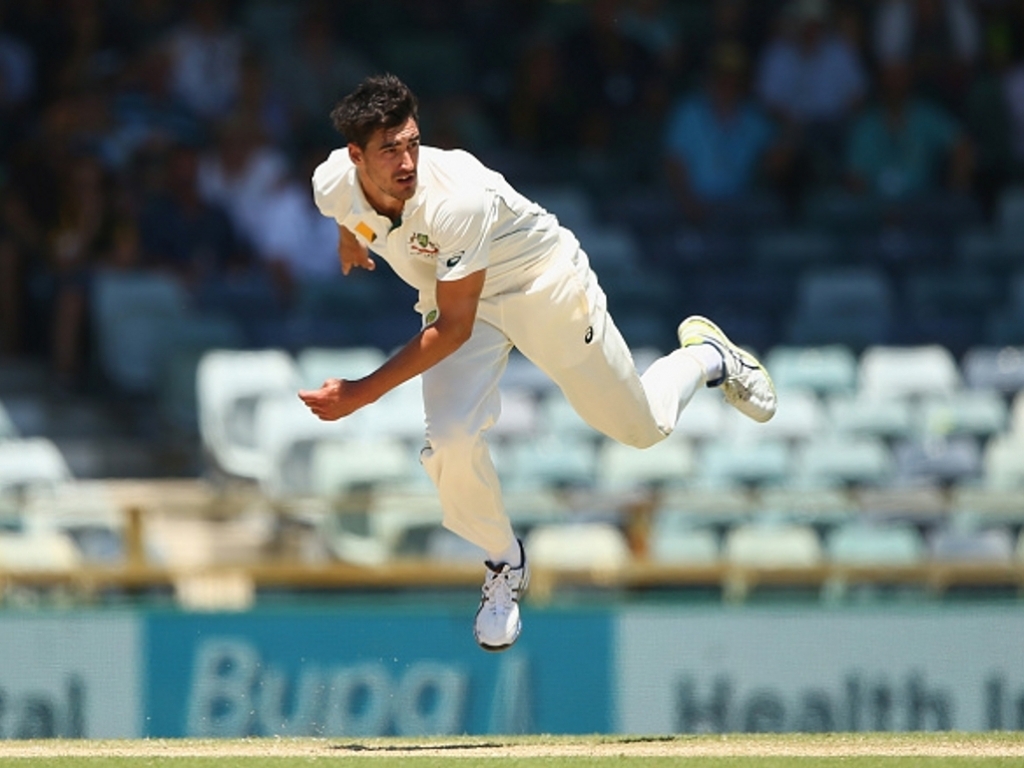 The coach feels his pacemen are ready to back up the pre-Ashes talk of bouncing out Joe Root’s boys with aggressive fast bowling.

Lehmann told ABC radio: “It’ll be interesting. They’ll have to cope with that, they know it’s coming. Our quicks have been saying that.

“We can (intimidate England’s batsmen).

“They (Starc and Cummins) can certainly enforce some problems … especially (for) their middle and lower order on the bouncy tracks.

The last time Lehmann was referring to was England’s visit in 2013/14 when Mitchell Johnson took 37 wickets in the series with his fearsome brand of bowling, the cornerstone of which was accurate bouncers.

Lehmann expects the conditions in Australia to give his troops the edge over England.

He added: “We know the conditions. It bounces a lot.

“It’s a totally different ball game than it is in England.”

Lehmann knows the attack he wants to go into the Ashes with, pending the recovery of Josh Hazlewood, Pat Cummins and Mitchell Starc.

Starc is already back to bowling while Hazlewood is expected to return from a side strain in the opening round of the Sheffield Shield.

Nathan Lyon was afforded some rest ahead of what will doubtless be a long summer during New South Wales’s last One-Day Cup match.

Lehmann said of his attack: “Really comfortable with where we’re at as a bowling attack.

“The ‘GOAT’ (Lyon) has been probably the best performed bowler for us for the last 12 months.

“I’m sure those guys can deliver, they’ve been very good at getting 20 wickets over the past 12 or 15 Test matches.”

James Pattinson or Jackson Bird will likely take up the reserve seamer role for Australia with the former the more intimidating bowler.

The Ashes get underway on November 23 in Brisbane.