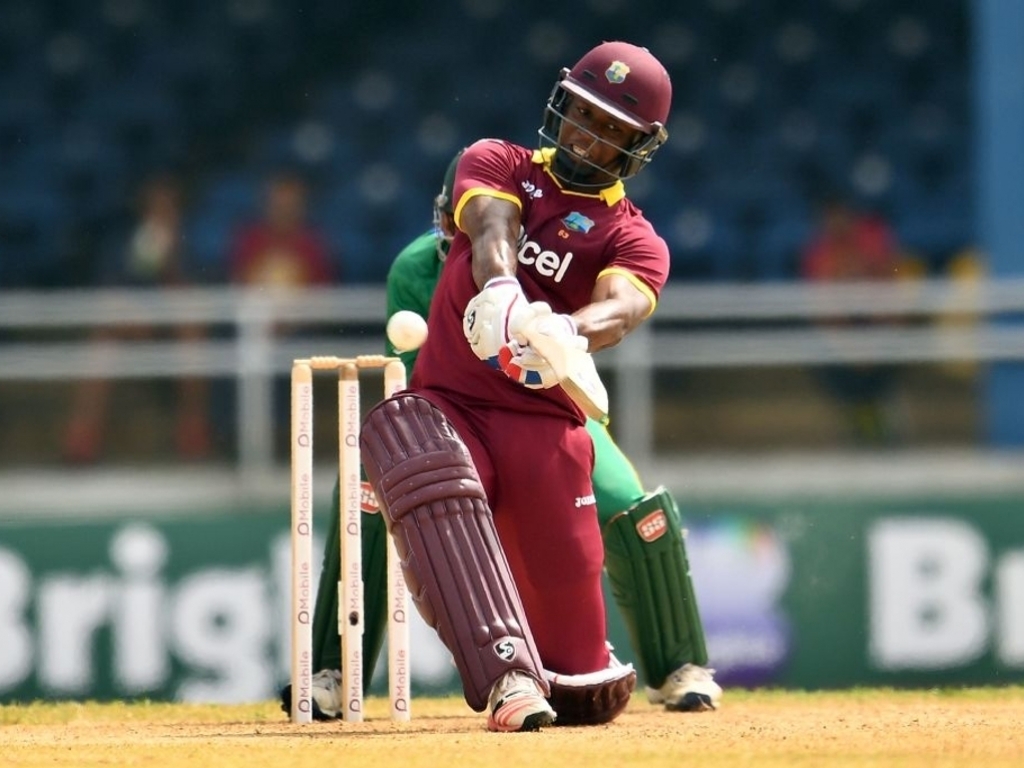 Evin Lewis smashed 91 off 51 balls to help the West Indies to an emphatic seven wicket victory over Pakistan in the third T20I in Port of Spain.

The West Indies were chasing 138 runs to win after Pakistan posted 137 for 8 in their 20 overs.

Kamran Akmal (48) and Babar Azam (43) played starring roles for Pakistan but the loss of their wickets would send the innings into a downward spiral.

Fakhar Zaman made a steady 21 of 21 balls before being run out and Pakistan faded towards the end of their innings.

Lewis came off to spectacular effect and had seen the West Indies draw within four runs of the target in just 14.3 overs before he was caught at long off.

Marlon Samuels (18) and Jason Mohammed (17*) kept Lewis company but the opener blew Pakistan out of the water almost single-handedly.

Lewis smashed an incredible nine sixes in his innings which was devastating from the get go and he would play leg spinner Shadab Khan especially well even if he did eventually hole out to him.

The West Indies still trail Pakistan by 2-1 with one game left to play.

Lewis said as he received his man of the match award: “I’m very happy. Unfortunately, first two games, I got run out. I wanted to get a good score in this game and I got a good score.

“I got a good start for the team and converted it. I have been putting in extra practice at the nets and that seems to be working.”

West Indies skipper Carlos Brathwaite was thrilled that his team ended their T20I losing streak: “Very pleased with the energy, passion and fire.

“Everyone fought till the last ball. They looked good for 160 and to keep them down to 130-odd was great. It was a fantastic effort with the ball and then the way Evin Lewis played, even Jason Mohammed who showed great maturity on debut.

“We will come out tomorrow and look for a series draw. There will be more intensity and heat. We will look to recover and come back and do what is required of us. We will look to do even better and draw the series.”