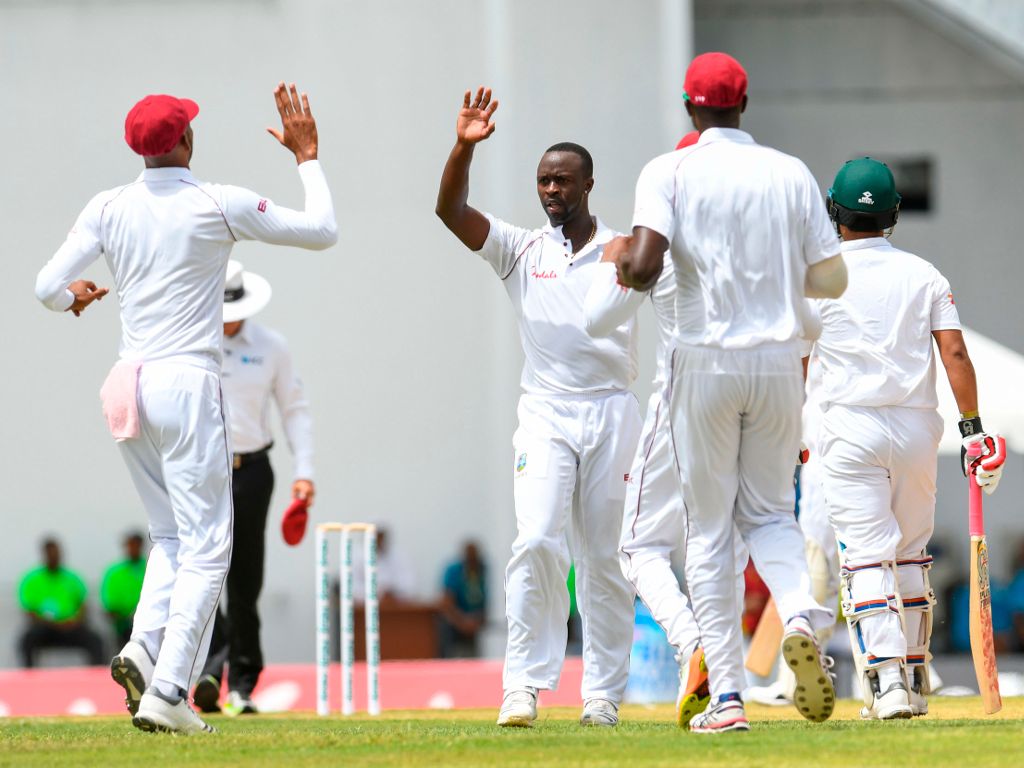 He may have been in some discomfort but that would not stop Kemar Roach from claiming the first five Bangladesh wickets to fall on day one of the first Test against the West Indies.

Windies skipper Jason Holder won the toss and put Bangladesh in, a decision that would reap almost immediate rewards.

Roach combined movement through the air with a nagging line around the off stump and just outside.

Tamim Iqbal (4) was the first to go dabbing his bat most unconvincingly at a Roach delivery just outside off to nick off in the fifth over of the day leaving Bangladesh 10 for 1.

Roach was in visible discomfort while bowling, seemingly having injured himself early in the piece. 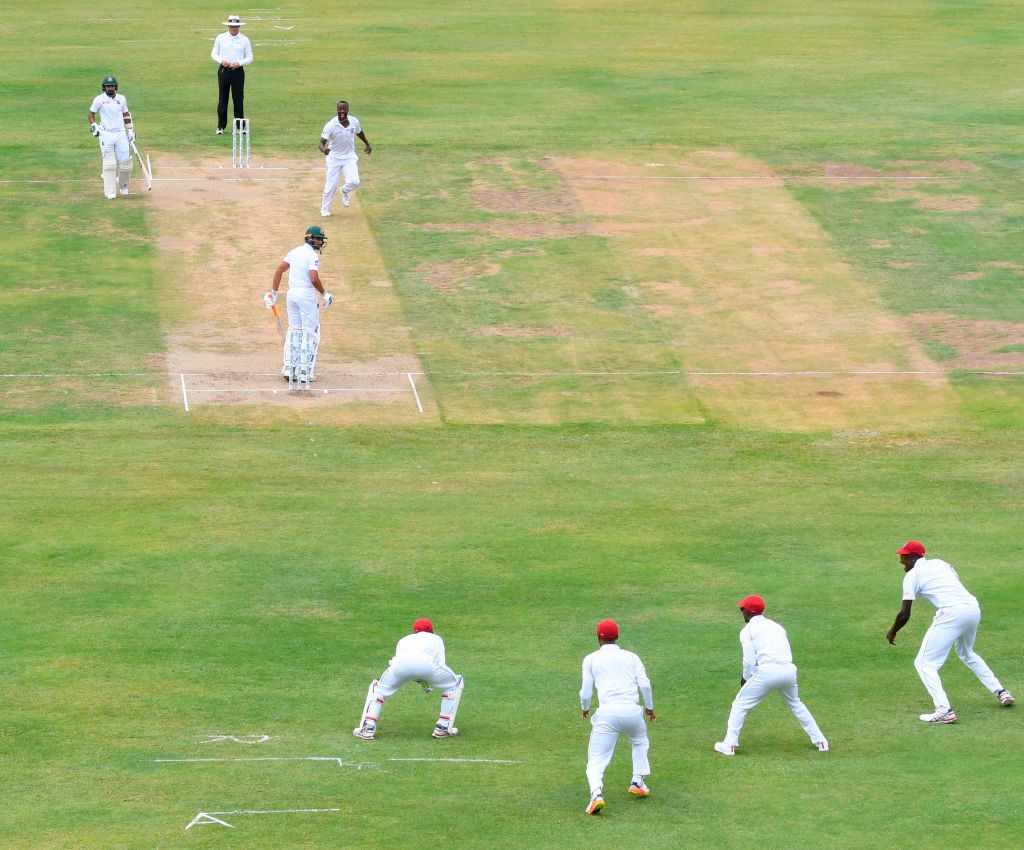 The Tigers were guilty of some ordinary batting though conditions weren’t really something they would have been accustomed to.

Bangladesh slipped to 16 for 2 when Mominul Haque slashed a straight delivery from the self same Roach off the face of his bat to Shai Hope in the gully.

16 for 2 soon became 18 for 5 as in an incredible sequence Roach (5/8) pouched the wickets of Mushfiqur Rahim, Shakib-al-Hasan and Mahmudullah without any of them getting off the mark.

Liton Das (25) offered what served as the best example of resistance but he too would throw his wicket away slashing at a wide delivery from Miguel Cummins to leave Bangladesh 34 for 6 and in danger of a record low score.

Cummins (3/11) and Holder (2/10) would wrap up the tail with Bangladesh able to post just 43 all out, their lowest Test score, the lowest ever against the West Indies and the lowest ever in the Caribbean. 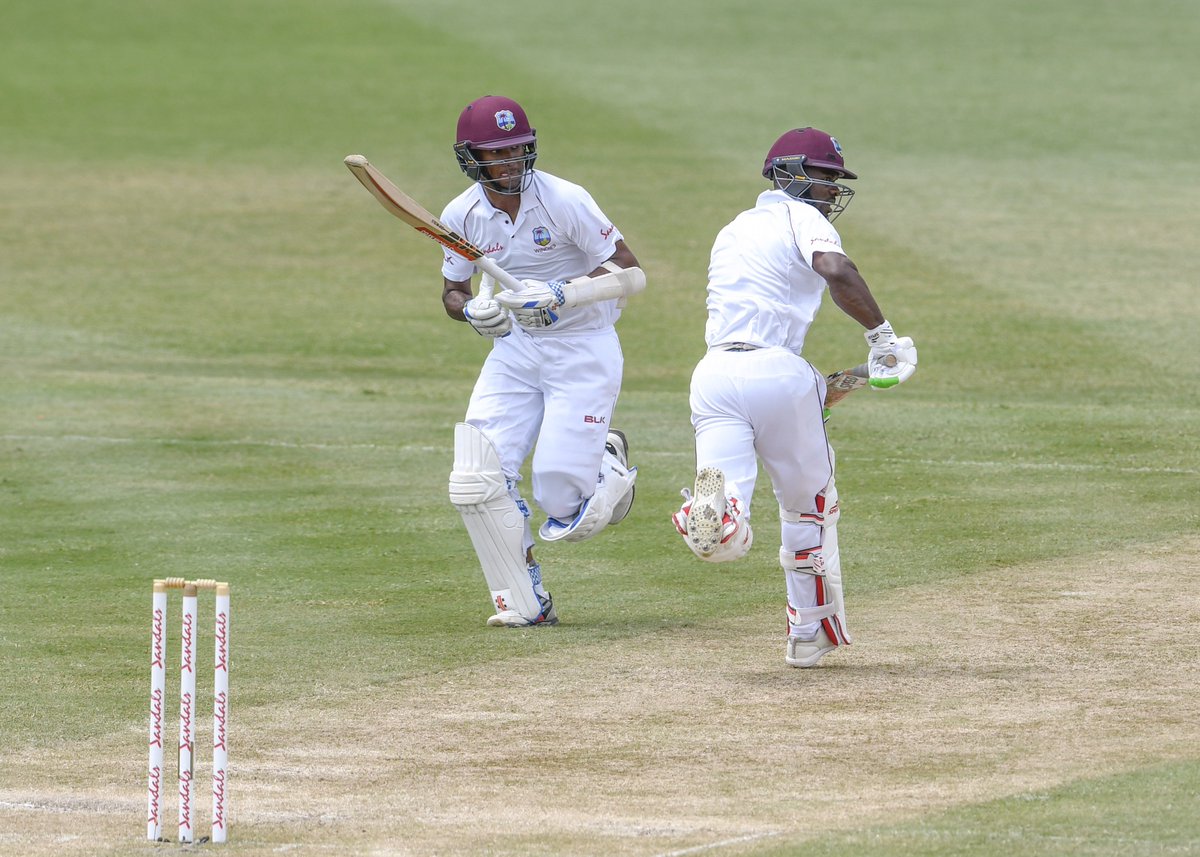 The West Indies openers gave them more than just a foothold in the game, easily surpassing the Tiger’s total score as Kraigg Brathwaite and Devon Smith put on 113 for the first wicket in reply.

Smith (58) would have been disappointed to miss out on a bigger score, he nicked off to an outswinger from Abu Jayed with what was probably his first false shot.

Kieran Powell (48) injected some urgency into the batting putting on 81 with Brathwaite for the second wicket but he fell just short of fifty to the guile of Mahmudullah (1/6) who had him caught at slip.

Brathwaite (88*) saw out the day though with nightwatchman Devendra Bishoo (1*) for company and the West Indies on 201/2 leading by 158 runs.