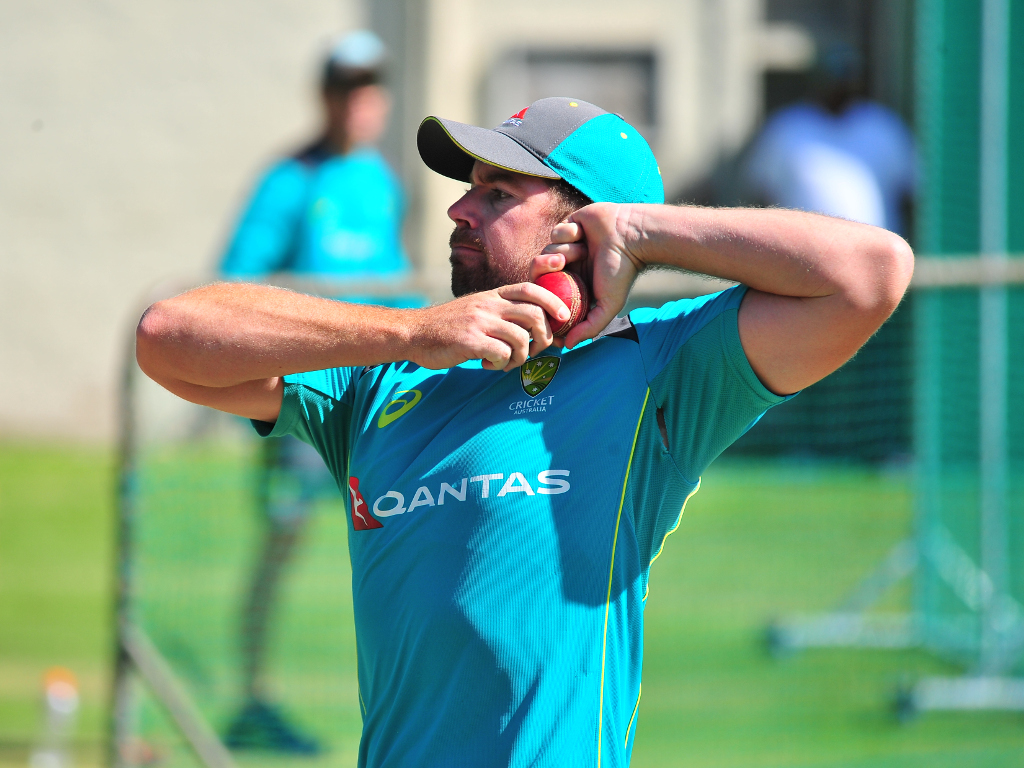 Australia spinner Nathan Lyon has backed left-arm tweaker Jon Holland to make an impact on the tour to the UAE to face Pakistan.

Holland has not played for Australia since the 2016 tour to Sri Lanka but has earned his way back into the team with great displays in the Sheffield Shield for Victoria.

“He spins up the back of the ball which I love, it’s my absolute mantra.

“We’re good mates as well. Our communication bowling out in the middle (during centre-wicket practice on Sunday) was brilliant.

“Hopefully we can really build that relationship here and take that out into the middle, that’s going to be a massive key for us … we’re going to get a lot of work over here.”

Lyon said that there was no reason Australia couldn’t play three specialist spinners with Lyon and allrounder Ashton Agar favoured to carry the spin attack.

“If it’s going to be a Pune wicket, why wouldn’t you play three spinners?” Lyon told cricket.com.au. “But going off the last tour here, they were pretty flat, they were hard work.

“Definitely, we have to be open (to three spinners) over here. It’s hard to say until you see the conditions we’ll be faced with.”

“The two guys, in my eyes, vying for the batting five and batting six (spots), Marnus and Travis Head, they both offer us a spin component as well,” continued Lyon.

“We’re going to have minimum three spinners in the side no matter what anyway and whether they want to go with the three frontline spinners, that’s totally up to ‘Cracker’ (selection chair Trevor Hohns) and ‘JL’ (coach Justin Langer) and (captain) Tim Paine.”