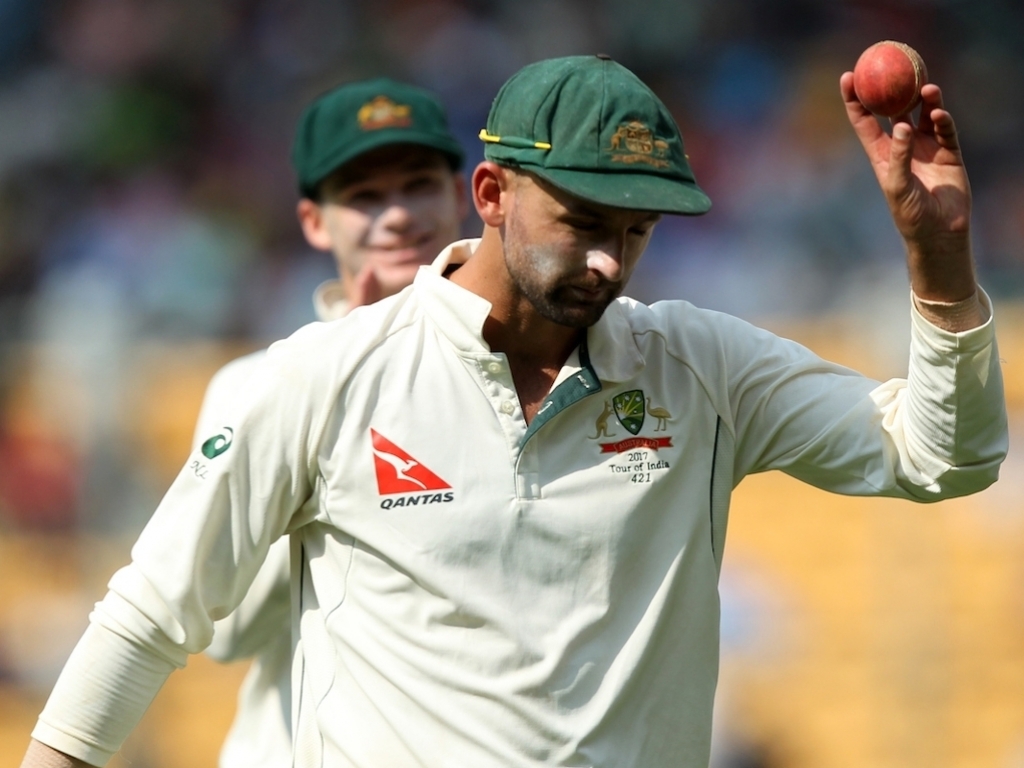 The best ever return by a foreign bowler in India from Nathan Lyon helped Australia take control of the second Test against India  in Bangalore.

Lyon took 8 for 50 as India crumbled to 189 all out on day one before Australia reached 40 without loss at the close.

Only Lokesh Rahul (90) could make it past fifty for India as they yet again flopped against Australia’s spin options.

The 61 run partnership between Rahul and Cheteshwar Pujara was the only India stand that put on more than fifty runs after Abhinav Mukund marked his return to Test cricket with an eight ball duck.

Virat Kohli (13) played an awful leave to gift his wicket to Lyon for the fifth time in his career, more than any other bowler and burned a review with an awful DRS referral.

Lyon has now moved past Brett Lee as the leading Australian wicket-taker against India he has taken 57 wickets against them while Lee took 53.

The pitch was again very dry and took plenty of turn with India this time troubled by Lyon’s off spin rather than O’Keefe’s left-armers although the first Tets hero did have Karun Nair Stumped for 26, the second highest India score.

Rahul tried to keep the innings together as all fell around him but he was unable to reach three figures as he became Lyon’s seventh victim of the day.

Australia moved relatively untroubled to 40 by the close to trail by just 149 with all ten wickets in hand.