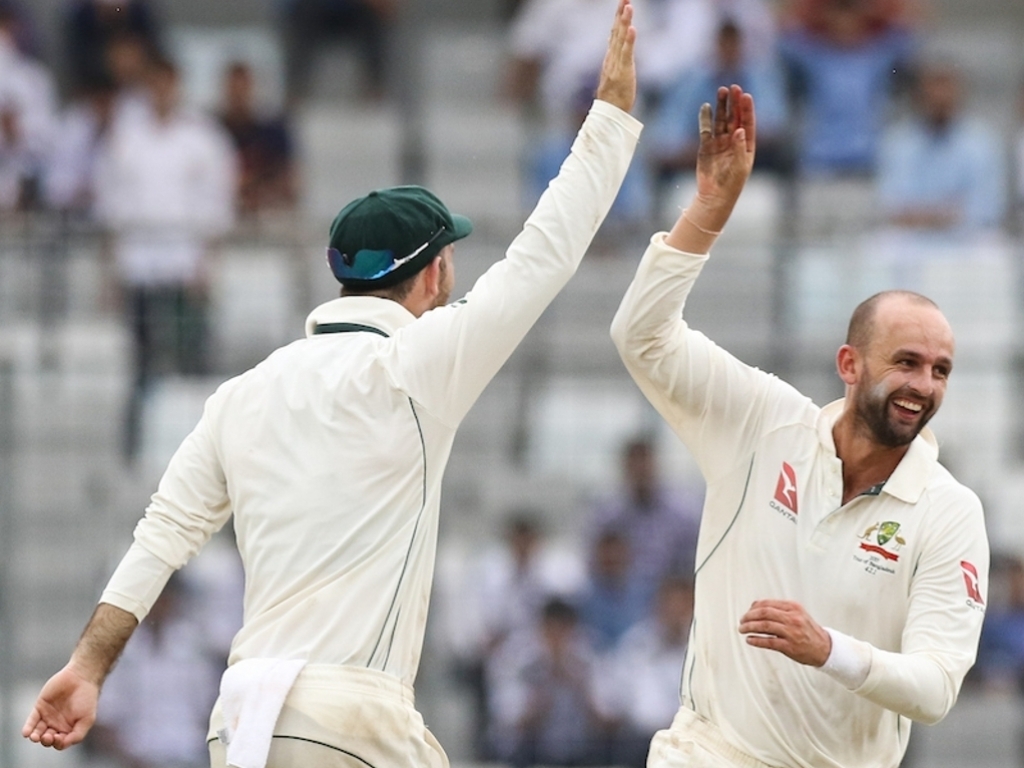 Australia spinner Nathan Lyon took his third consecutive six wicket haul to help set up a 7 wicket win over Bangladesh in the second and final Test.

It didn’t take long for Mustafizur Rahman to pluck out Lyon with the willow in his hand and end Australia’s first innings without adding to the overnight lead of 72 but he would have his revenge.

Lyon tore through the top order of Bangladesh to the point where it looked like Australia may not need to bat again.

The off-spinner picked up three wickets while Pat Cummins and Steve O’Keefe bagged one each to see Bangladesh slip to 43 for 5.

Mishfiqur Rahim (31) led a brief resurgence putting on 54 with Sabbir Rahman (24) until the latter charged down the track to hand his wicket to Lyon.

The pace of Cummins undid the Tiger’s skipper though and though a brave 14 not out from Mehedi Hasan helped stretch the lead to 86 it was never going to be enough.

Australia remained positive throughout their chase despite losing David Warner (8), Steve Smith (16) and Matt Renshaw (22) they would get home.

Peter Handscomb played well for his 16 not out while Glen Maxwell appeared to enjoy his 25 not out of 17 balls and the Big Show would live up to his reputation finishing the game in style by smashing a huge six.

The result sees the series shared at 1-1 and Australia will now shift gears as they get ready for an ODI tour to India while Bangladesh will be packing their bags for a bilateral tour of South Africa.