Home Top Story Maharaj: Seamers helped me out a lot

Maharaj: Seamers helped me out a lot 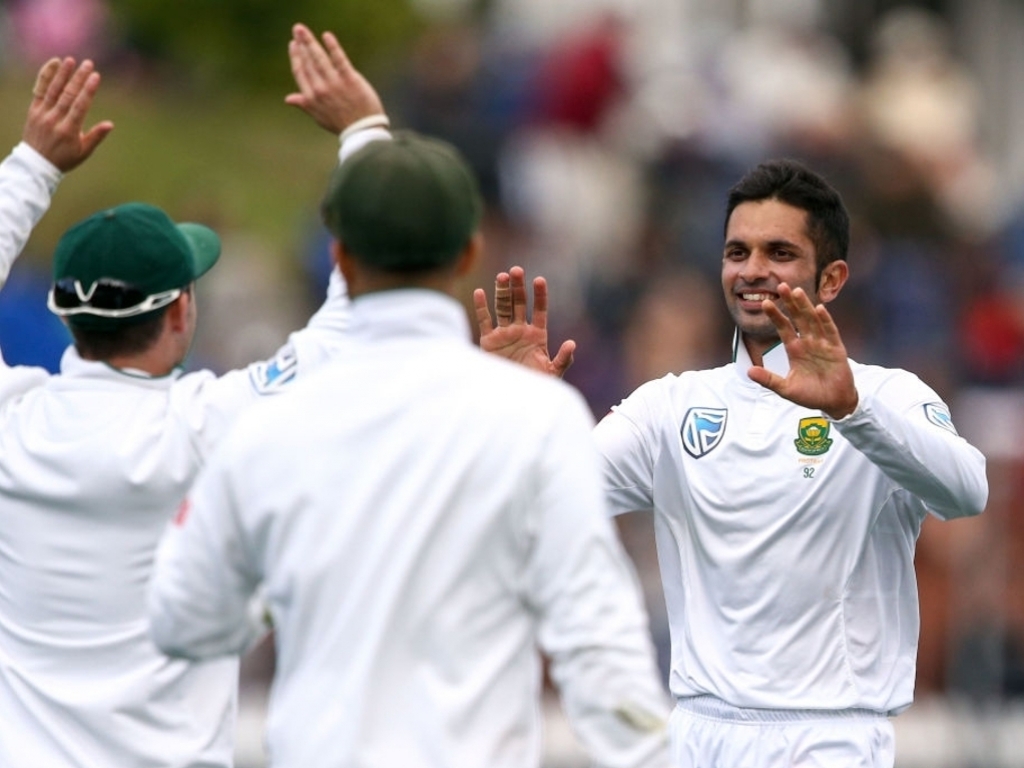 Proteas left-arm spinner Keshav Maharaj has praised the support from the pace bowlers after his career-best haul of 6/40 in the eight-wicket win against New Zealand in the second Test match in Wellington on Saturday.

Maharaj defied the traditionally seam-friendly conditions to help dismiss the hosts for 171 in their second innings, but believes he capitalised on the pressure created by Vernon Philander (0/38) and Morne Morkel (3/50) with the new ball, along with Kagiso Rabada (1/38) who was at his fast fiery best.

“The seamers helped me out a lot, they made it difficult to score,” he admitted after his man-of-the-match performance on Saturday. “Vernon and Morne upfront with the new ball were the best that we know them to be. I put the ball in the right area and managed to get a few scalps here and there.

“Being a spinner of minimal variation I have to rely on consistency,” he added. “I had to try and stay as consistent as possible to help the captain. My job in the team is to hold up an end so that the seamers can strike in seam-friendly conditions. That is how I went about my business and luckily it paid off.”

His second Test five-for in as many matches shows the signs of a player who has the potential to make the spin bowling berth his own for many years to come, but he insists on staying in the present and taking it one match at a time. Although the conditions for the third match at Seddon Park in Hamilton are expected to be spin-friendly, Maharaj says it makes no difference because of his simple game plan and mindset.

“To be honest, if it’s a wicket that is turning or not I just want to land the ball in my areas,” he said of the next match. “Whatever happens from there I can’t control. It will be nice to play on a turner, but whatever is prepared I just want to bowl.

“It’s a patience game, it’s a true test of character,” he said of what he has learnt in his six Tests for South Africa. “Hendo (Claude Henderson, spin bowling coach) has chatted to me a lot, he has played a lot of cricket and has a lot of experience. All he said to me was to be prepared to ‘scrap’. That is all I’ve been doing and I intend to do it for a long time to come.”

The Proteas will have two days off before travelling to Hamilton on Tuesday ahead of the third and final Test match starting at Seddon Park on Saturday, March 25. Details of the training and media schedule will be advised in due course.