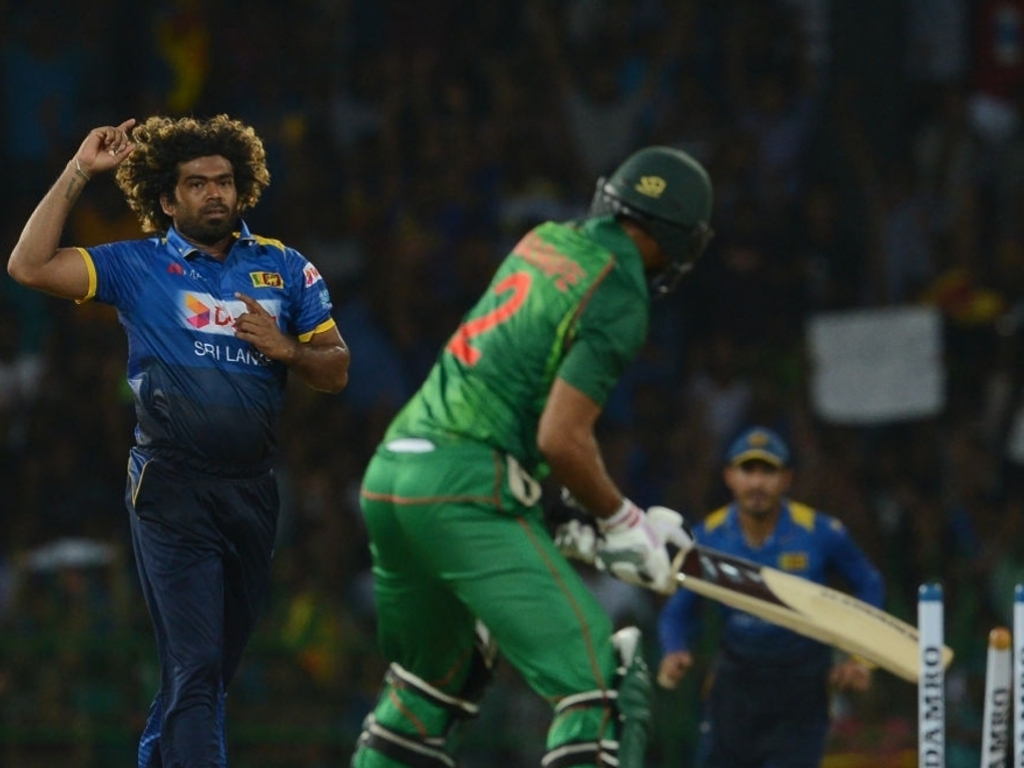 Bangladesh beat Sri Lanka by 45 runs in the second and final T20I to level the series and give retiring skipper Mashrafe Mortaza a fine send off.

Sri Lanka seamer Lasith Malinga gave the captain of Bangladesh a gift as well, a slower ball on middle first up that castled Mashrafe for a golden duck.

Malinga took a hat-trick, his fourth in limited overs cricket, that helped stunt Bangladesh’s attempt at a big finish but the damage had been done up front.

Imrul Kayes (36) and Soumya Sarkar (34) got the Tigers off to a flier putting on 71 in 6.3 overs before the latter was caught and bowled by Asela Gunaratne.

Kayes was run out shortly afterwards but Sabbir Rahman (19) and Shakib-al-Hasan (38) kept up the tempo.

Malinga’s hat-trick took out Mushfiqur (15), the skipper and Mehedi Hasan (0) but Bangladesh scrapped to 176 for 9 in 20 overs.

In response Sri Lanka found themselves in trouble early on as Shakib (3 for 24) and Mustafizur Rahman (4 for 21) put on a clinic.

Shakib removed the openers in successive overs before some resistance from Upul Tharanga (23) and Chamara Kapugedera (50).

Mustafizur would account for Gunaratne (0) and Milinda Siriwardana (0) in successive balls but missed out on grabbing what would have been the third hat-trick of the bilateral series.

Thisara Perera (27) looked like he may come to Sri Lanka’s rescue before he was stumped off Shakib leaving Sri Lanka in dire straits at 98 for 6.

In the end Sri Lanka would slump to 131 all out losing by 45 runs and for the third time on this tour the series ends 1-1.

So it winds up totally dead even at the end of a fascinating tour, Bangladesh have shown themselves to be worthy foes while leaving Sri Lanka with some questions to answer.

The man tipped to succeed Mashrafe as skipper, Shakib was awarded the man of the match trophy and said: “I thought it was a very good wicket,and upfront we bowled really well. We took pace off the ball and took early wickets.

“We don’t play much T20s with the national team, there are areas to improve with the bat, ball, and even in the field. It has been a fantastic series for the team. The boys put their hands up and showed a lot of character.

“Mashrafe is very special, I can’t explain in words how important he was to his team. Obviously, he will playing a big role in the ODI team.”