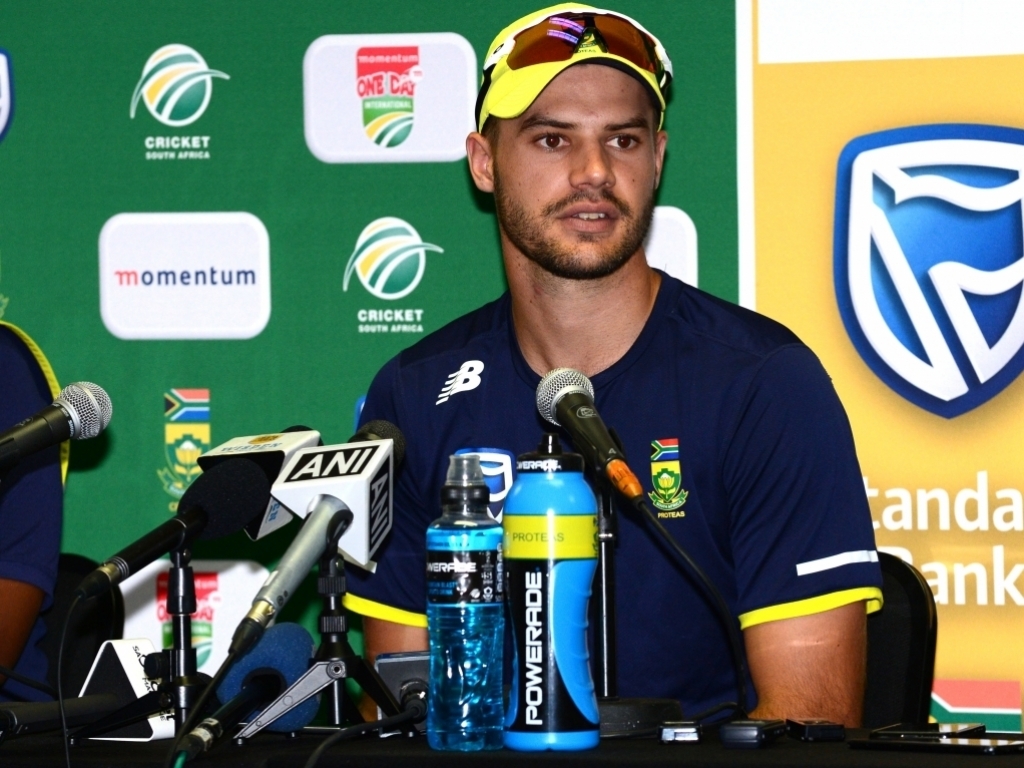 Proteas stand-in skipper Aiden Markram is grateful for his brutal baptism into ODI captaincy in the series loss to India.

The young man admitted that the last few weeks have been trying but he is eager to learn from the experience and improve as a player and leader.

Speaking after the sixth ODI which India won by eight wickets to take the series 5-1, Markram said: “To be brutally honest with you, I’m happy it’s happened this way; not just for me, but for us as a squad.

“It really gives us some points to learn on, and it’s going to make victories in the future much much sweeter.

“It’s going to make us work a lot harder. There’s a reason it’s worked out the way it has. We’re learning, and we’re growing.

“It’s going to get to a stage where we really know our games and who needs to do what for the side. It’s going to be an exciting 18 months coming up. The guys will be very hungry.”

One of the big takeaways for Markram from this series has been the need to still keep up his end with the bat while he leads the side.

He added: “As a player, you still need to look after your performance.

“As a captain, you can only control so much. At the end of the day, I’m still a batsman and I need to score runs. When I get into the middle, I need to be in that comfort zone and not let thoughts of captaincy get into my mind at that time.”

Markram feels that towards the end of the series his batting began to return to its best though he couldn’t get the score to prove it.

After spaking with coach Ottis Gibson Markram was set at ease at Centurion until he was brilliantly caught and the rot set in.

He said: “I wasn’t playing the usual game I do play, and whether that be due to various pressures… or not being in the zone or in the moment is probably the reason.

“He [Gibson] is spot on with what he says. We did chat about it, and today, when I was batting, I felt in a more comfortable space.

“I felt I was structuring my innings how I would if I was batting in a franchise game. It’s very late in the series, but it’s a positive that I was able to overcome that obstacle.”