Masakadza back with a bang as Zimbabwe A whitewash Canada 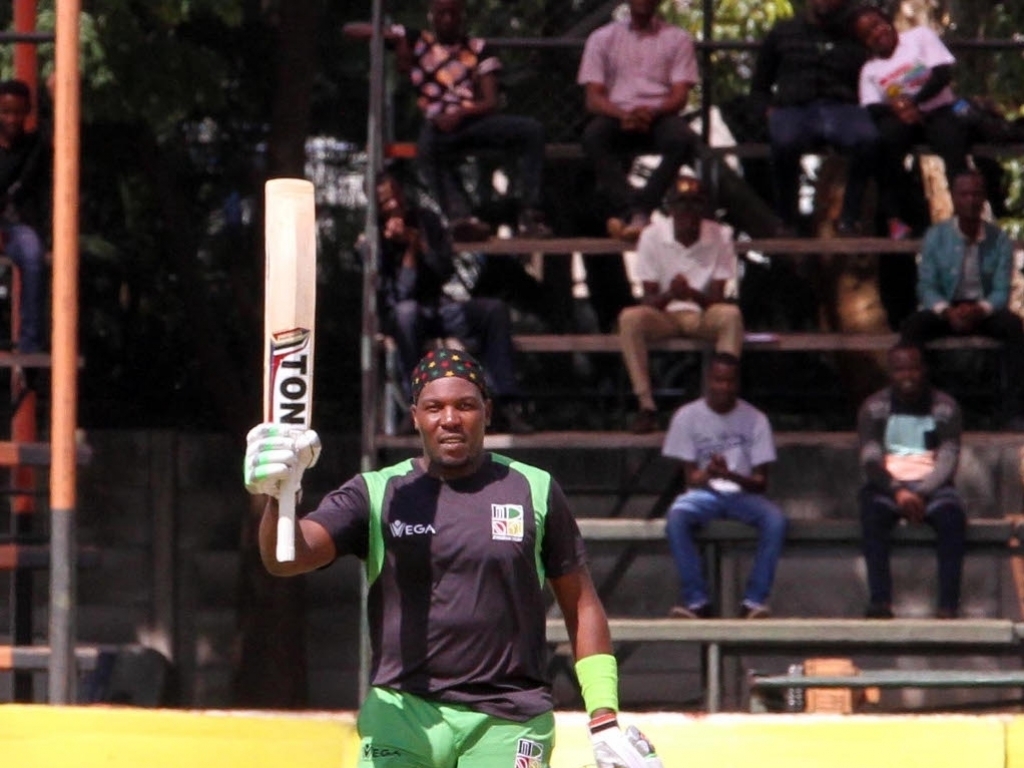 Hamilton Masakadza returned to Zimbabwe after his spell playing in Bangladesh, and he was back to his most brilliant form in scoring a superb century that was the mainstay of Zimbabwe A’s 70-run victory over Canada at Harare Sports Club on Friday.

Going in at number three, he rarely seemed to hurry, but simply accumulated runs in masterly style all round the wicket – he scored 146 out of 234, and the best of the Canadian bowlers could not keep him quiet.

Zimbabwe A, having won the series, made four changes to their team, bringing in Masakadza, Innocent Kaia, Tino Mutombodzi and Chris Mpofu in place of Chamu Chibhabha, Sean Williams, Timycen Maruma and Tendai Chatara.

It was another bright sunny morning as Zimbabwe A again won the toss and decided to bat.

Solomon Mire and Kaia opened the batting against the bowling of Cecil Pervez and Satsimranjit Dhindsa.

After two overs for four runs, two of them wides, Mire decided to take charge of Pervez, and one wild swish and two fours came in the third over.

Kaia followed with a three and a four off Dhindsa, but then Mire pulled a ball from Pervez straight down the throat of the fielder placed on the long-leg boundary –he made 11 and the score was 20 for one in the fifth over.

Hamilton Masakadza took a few balls to settle in and then looked in fine form as he and Kaia settled into a sound partnership, bringing up the team fifty in the 11th over.

Dhindsa, who took five wickets in the first match of the series, did not look at all threatening on this occasion, and Masakadza first brought up the team hundred and then his own fifty (57 balls) with two powerful boundaries off him in the 22nd over.

While Masakadza flourished, Kaia was becoming rather tied down, and in the end his patience snapped – he leapt down the pitch to try to drive the slow-medium bowling of Rizwan Cheema, and was easily stumped for a very promising 41.

Sikandar Raza was quickly underway, while Masakadza went from strength to strength, swinging a ball from Dutta high over the long-leg boundary for six.

Raza scored nine runs busily, but was then dismissed lbw by a ball from Cheema that came back on him sharply, making the score 145 for three in the 28th over.

The second round of drinks was taken with Masakadza on 95, partnered now by PJ Moor.

Moor, however, was struck on the pads by a ball from Siddiqui and given out lbw for 7, the score now being 171 for four wickets in the 34th over.

Malcolm Waller was next in, and a quickly run three brought Masakadza a richly deserved century off 99 balls.

The 200 came up in the 38th over, two overs earlier than in the second match of the series, when the score eventually reached 285 for five wickets.

On 12, Waller was caught at mid-off off a high full toss from Montfort, but no-ball was correctly called.

The score was 218 at the 40-over mark, and 254 in the 44th over when Masakadza finally departed, caught at the wicket as he tried to flick an off ball from Montfort to leg.

His score was a remarkable 146, scored off 131 balls and containing 20 fours and a six.

It all looked too easy now as Waller and Tino Mutombodzi continued to plunder the hapless bowlers, aided by blunders in the field as the Canadians appeared to become discouraged.

Waller made 41 off 38 balls before being caught on the cover boundary off Pervez in the 49th over, with the score 298 for six.

The 300 came up at the end of that over, and the innings closed on 310 for six, with Mutombodzi on 22 and Graeme Cremer six.

Cheema, strangely given only three overs, took two wickets for 13 runs, while Pervez, their canny 32-year-old seamer, had two for 52.

Dhindsa, after his success of the first match, found the Zimbabwean batsmen keen to take him on and had an unfortunate day, conceding 61 runs off eight overs.

Mpofu and Tiripano opened the Zimbabwe bowling against the Canadian opening pair of Srimantha Wijeratne and Nitish Kumar.

The batsmen quickly showed their desire to make as much of a fight as possible, showing good shot selection and hitting the loose ball hard and effectively.

They had some good fortune, in that several of their lofted strokes just evaded the field, but their bold strokes earned them a partnership that brought up fifty in the ninth over, and Tiripano went for 32 off his four-over spell.

Finally, though, Wijeratne (21) sent up a huge skyer off Mpofu that was safely held by Mutombodzi moving in from cover; the score was 56 for one, still in the ninth over.

The wicket put a damper on Kumar’s strokeplay, but Nikhil Dutta scored 14 quickly before being lbw to a full-length ball from Raza at 78 for two after 15 overs.

Play was interrupted for a while at 84 for two when a rogue wind almost airlifted a tent on the grass mound on the eastern side of the ground and completely scattered the boundary markers at the corner of the field outside the Centurion restaurant.

It may have affected Kumar’s concentration, as when play resumed he drove over the top of another full-length ball from Raza and had his middle stump knocked back for 41; 85 for three in the 17th over.

Jimmy Hansra scored five and then pulled a ball from Wellington Masakadza straight to midwicket at 89 for four, and then Cheema, after a largely defensive innings of three, swung a ball from Raza to the fielder on the midwicket boundary; 96 for five in the 23rd over.

The team hundred came up in the 34th over, but it seemed the Canadians had now decided that the Charge of the Light Brigade was over and a strategic retreat was the best option they had.

Hamza Tariq briefly opened up to hit Cremer for a four and a six off successive balls, but then seemed to think better of it and reverted to a more orthodox game in company with Varun Sehdev.

The game now dragged towards its inevitable end, as Canada’s only aim now would be to stay in and reduce the margin of defeat.

Tariq occasionally unleashed a powerful attacking shot, but his innings came to an end when he swung right across the line to a straight ball from Mire and was bowled for 35; 164 for six in the 35th over.

Junaid Siddiqui came in, only to lob a simple catch off the next ball, but Dhindsa avoided the hat-trick by turning the ball neatly through square leg for four.

Zimbabwe A gave their less regular bowlers a turn, and Waller removed Dhindsa (9), who tried but failed to clear deep midwicket with a six; 179 for eight in the 39th over.

Montford enjoyed attacking the lesser bowlers, but Sehdev was rarely to be tempted.

The 200 came up in the 44th over, but at 205 Montfort tried one big hit too many and skyed a catch off the hitherto luckless Tiripano for 19.

Sehdev, suddenly realising he might be able to score a fifty, put on a sudden burst with a four and a three off successive balls from Waller, to reach 49, and then another single brought him to the landmark off 81 balls.

Tiripano was unable to finish off the innings in the final over, which ended with Pervez smashing him over his head for six, a final defiant blow by a Canadian team that had been outclassed but still played with spirit.

Sehdev finished with 58 and Pervez with 16, while Raza returned the best figures for Zimbabwe A with three for 37, two wickets falling to Mire.

Their brief but enthusiastic tour ended here, with a three-nil victory for Zimbabwe A.