Home Top Story Mathews: I was looking to score runs

Mathews: I was looking to score runs 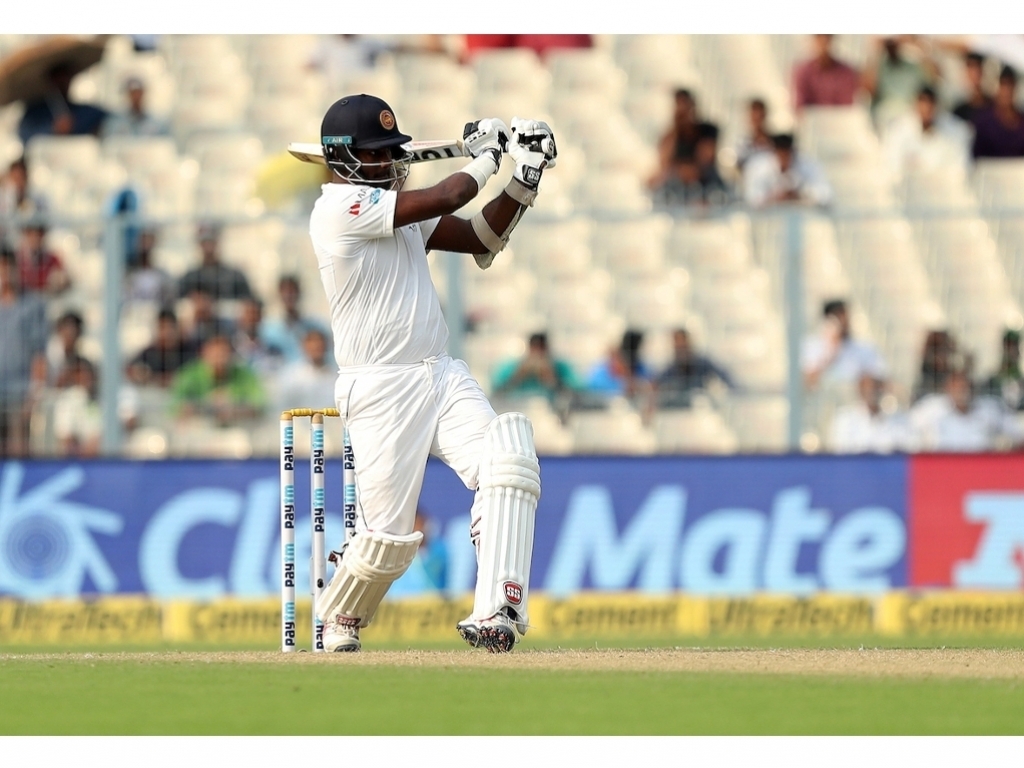 Sri Lanka batsman Angelo Mathews has offered his attacking mindset as reasoning behind his dismissal on day three of the first Test against India.

Mathews gritted his way to 52 before chasing a full and wide delivery from Umesh Yadav but his innings did help put Sri Lanka in charge of the Test.

Speaking after play at Eden Gardens on Saturday Mathews said: “I don’t think there was lapse of concentration. I was looking to score runs.

“It’s just that it stopped a little bit, but no excuse. I should have left it alone, maybe.

“I was looking to score runs. You can’t hang in there forever. On this wicket you will get a good ball and you tend to get out. All in all it’s about runs.

“They keep coming at you. You can’t relax. If you see, the loose balls were very few.

“As I said, they are top-class bowlers. Credit to Thirimanne for the way he played. But 50s won’t take us anywhere. We need to try and score hundreds on this wicket.”

Mathews is hopeful that his injury woes are a thing of the past having suffered numerous knocks over the course of the last year.

The former skipper added: “It has been a quite a frustrating year for me with injuries, going in and out of the side.

“It’s not easy, you know, when you don’t have the same rhythm. I had a good three years of cricket from 2013 onwards; I guess it’s taking a toll on my body.

“I have to manage my workload. It comes with experience as well. I have played a few more games than the rest of the boys. You have got to prepare mentally but you know it is not going to be easy here. India is a fantastic team and you have to be on the top of the game to compete against them.”

Sri Lanka trail India by seven runs with six first innings wickets in hand in a game plagued by rain and bad light.