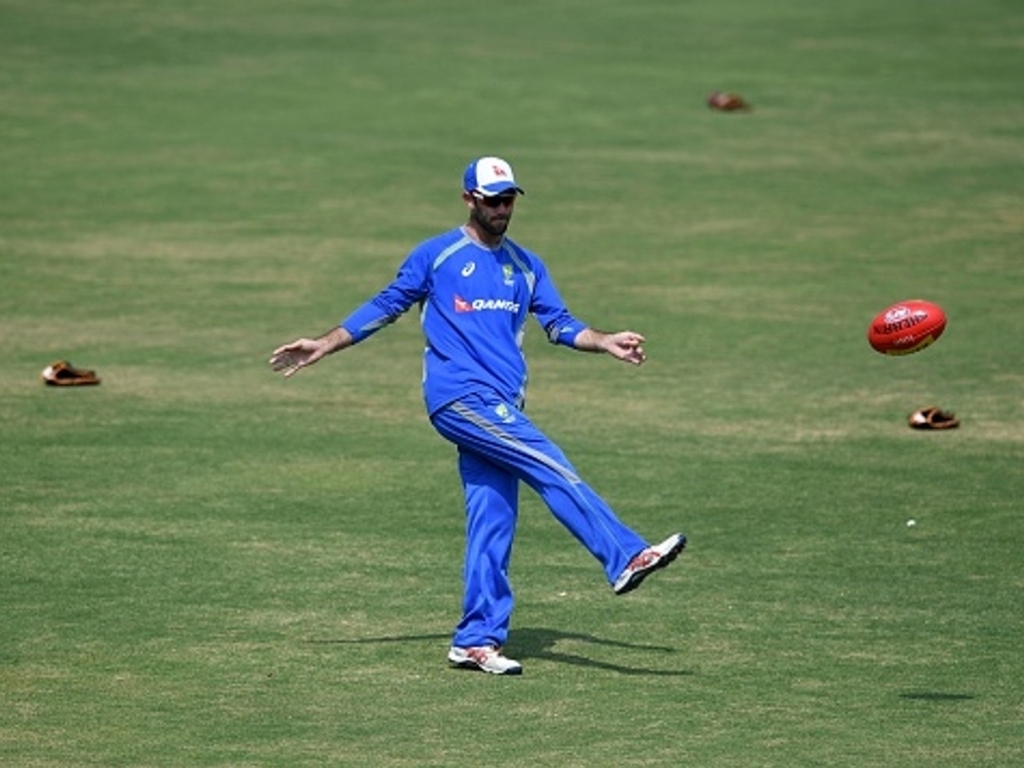 Australia allrounder Glenn Maxwell has said that he won’t personally engage India skipper Virat Kohli in any sort of sledging.

This comes after Australia captain Steve Smith said it was up to individual players to decide how they were going to approach the Indian batting supremo.

Maxwell spoke to the media in Mumbai ahead of Australia’s three day tour match against India A and said: “I’m probably not going to say anything to him, that’s for sure.

“Virat is up and down, I suppose, with sledging.

“If you (strike) a chord with him, or something gets him agitated to play a big shot, then blokes are more than welcome to go for it.

“But at the moment, there’s not much agitating him.

“I think Steve (Smith, Australia captain) said it perfectly in the press conference yesterday – the guys that want to get involved verbally, if that gets the best out of them then go for it.”

Maxwell is well acquainted with Kohli having played alongside him in the IPL but doesn’t believe there is anything specific Australia can target in his game.

The allrounder was convinced that Australia could get the better of him if they get a bit of luck early in the series.

Maxwell added: “I don’t think it’s anything particular as far as technique or anything like that, I just think he’s so on top of his game at the moment.

“Guys can go through a run of form like that where they just get on a roll and everything seems to click for them, and that’s happened for him at the moment.

“The thing with that is it can take only one bit of bad luck or an unfortunate dismissal where he’s run out or something, and that can sometimes trigger a little bit of indecision or doubt.

“So hopefully in the first couple of Tests we can create that doubt and get him wondering about his technique.

“We’ve obviously been watching him play over the last few months and just admired the way that he’s gone about it.

“He’s been extremely consistent and he’s gone on to score big hundreds, which is something he didn’t do very much in the early part of his career but now he’s making big double-hundreds and really winning the game for India.”

Maxwell has not been fooled by some of the practice wickets they have been offered ahead of the Test series, which have been similar to IPL wickets that hold together well, he expects the Test wickets to do a lot more than the warm-up match strips.

Maxi went on: “There’s a couple of wickets that you play on in the IPL that do spin a bit, but that’s the only comparison I can make (to what is expected for Test match pitches).

“You might get two or three wickets in the IPL that might do a fair bit, but the rest of them are pretty good wickets.

“The (similar) training conditions are probably something you get out of the IPL.

“The practice wickets are probably more similar to what you’re going to face in the Test matches over here, with a bit of wear and tear and the variable bounce.

“But having those (IPL experienced) guys in our squad is only going to help, having played in front of those crowds.

“And with three of the four venues having their first Test and we’ve played IPL games here, I think that’s probably going to help us as well.”

“That (crowds) is probably the closest similarity (to Test match environment), I suppose.

“The crowds are very vocal, they’re screaming the whole time and they’re very passionate about their cricket.

“It’s a great place to play and it’s going to be amazing for the guys that haven’t experienced an Indian crowd before to play in front of that because it’s one of the best things that I’ve ever had the privilege of doing.

“Playing in front of an Indian crowd and feeling their energy out of the stands, that’s something I really enjoy doing every time I come over here.”

Maxwell has not played a Test match for Australia since 2014 but has been picked as he is considered one of the better players of spin in the country and he has extensive experience in India through his time in the IPL.