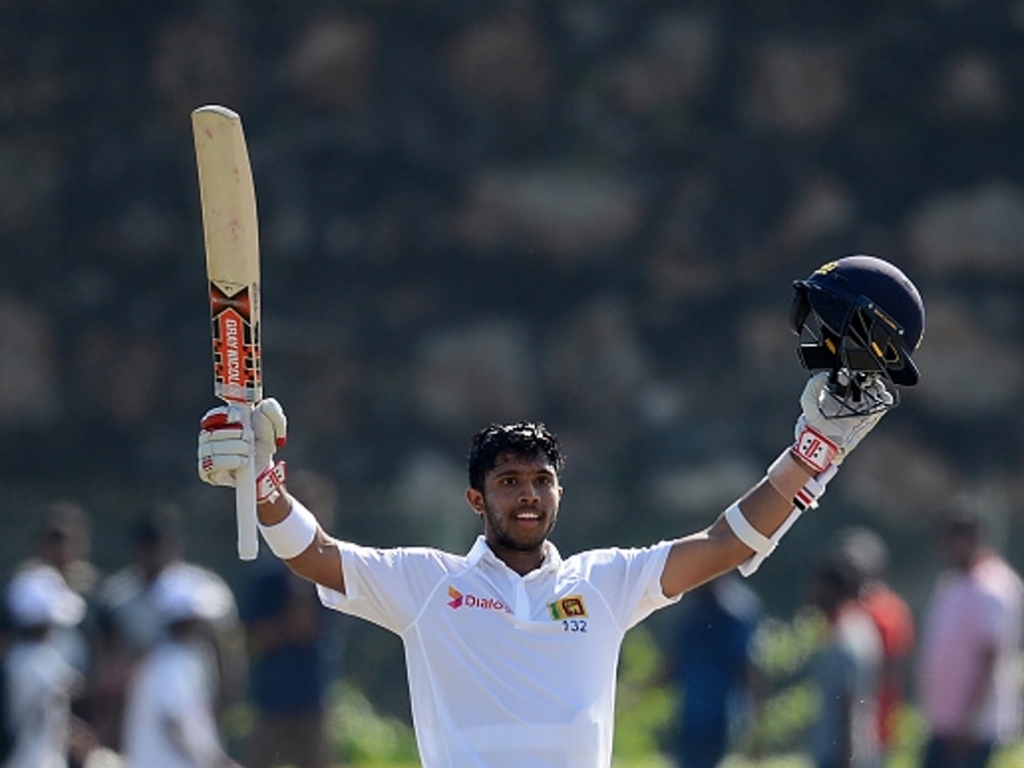 A big hundred from Kusal Mendis helped Sri Lanka recover from a precarious position early on day one to be well on top by stumps in the first Test against Bangladesh in Galle.

Sri Lanka found themselves at 92 for three in the afternoon session before Mendis and Asela Gunaratne put on 196 for the fourth wicket.

Subashis Roy got the early breakthrough when he beat the inside edge of Upul Tharanga’s bat to send him packing for just four and leave Sri Lanka 15/1.

Dimuth Karunaratne (30) was joined by Mendis, who was caught behind first ball but was reprieved as Subashis had overstepped, and the pair put on 45 before the opener chopped a length ball from Mehedi Hasan onto his stumps.

Dinesh Chandimal spent 54 balls making his five runs before the out of sorts batsman tried to smash an off-cutter from Mustafizur Rahman and was caught in the gully.

Chandimal has now made just 90 runs in his last seven Test innings and will surely be feeling the pressure.

The hero from the T20 series in Australia, Gunaratne then strolled out and along with Mendis put the hosts well in charge.

The duo added 196 off 43 overs at a brisk 4.55 runs per over and set a new record for the highest fourth wicket partnership for Sri Lanka against Bangladesh.

After a bright start to the day Bangladesh appeared to wilt in the searing heat and humidity of Galle in the face of some brilliant batting from Mendis and Gunaratne.

Mendis recorded his second Test century by punching Soumya Sarkar down the ground for four and by that time Sri Lanka had taken complete control.

Gunaratne (85) fell just 15 runs short of what would have been his second Test hundred in only his third match when he dragged one on from Taskin Ahmed.

On his way to a second score of 150 or more Mendis went past 1000 Test runs. The little right-hander has become only the second Sri Lankan to score two scores of 150 or more by the age of 22 emulating the great man Mahela Jayawardene.