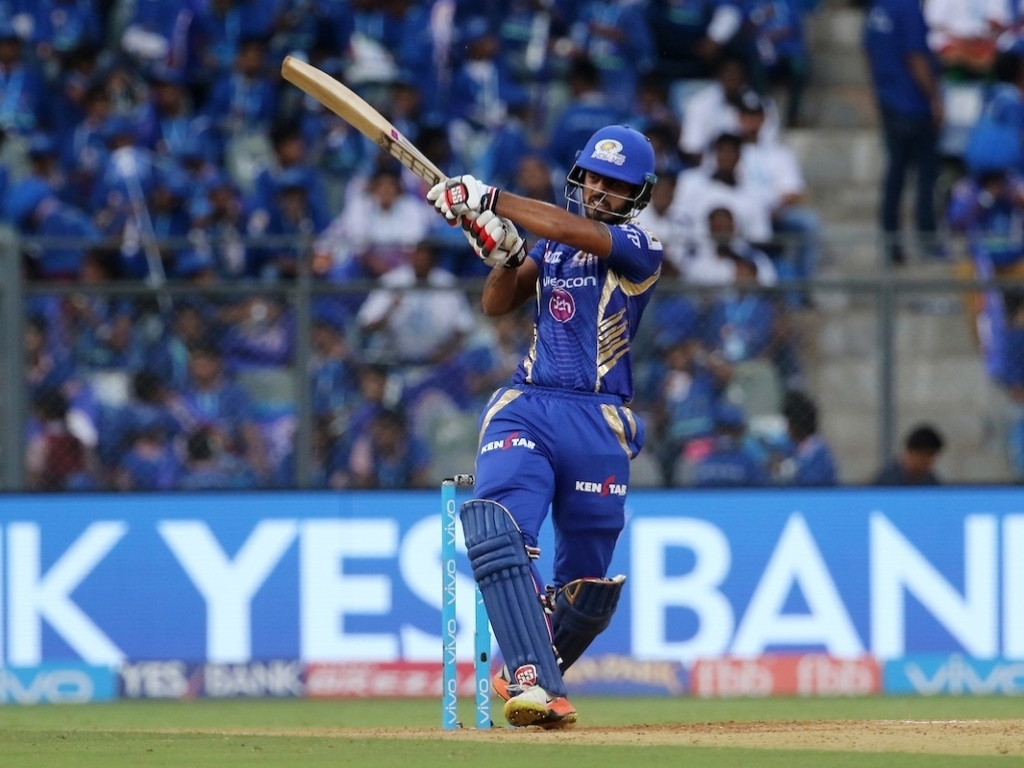 Nitesh Rana and Kieron Pollard were at their best again to help fire the Mumbai Indians to a six wicket victory over the Gujarat Lions in the IPL.

Rohit Sharma also came to the party with an unbeaten 40 that held the middle order together as they chased down the 176 for 4 posted by the Lions.

The Gujarat Lions total owed much to the form of veteran kiwi Brendon McCullum who again opened the batting with Dwayne Smith (0) though the West Indian misfired.

There were handy contributions from Suresh Raina (28) and Dinesh Kartik (48*) who has been in good nick in recent times and is enjoying a splendid IPL so far scoring 128 runs at an average of 42.67.

Jason Roy was pushed down the order in a rejigged batting lineup but would blast 14 off 7 balls at the death.

Mitchell McClenaghan ended as the pick of the Mumbai Indian’s bowlers for the second game in a row with his return of 2 for 24 from four overs.

The big total proved to be insufficient though as one of the form players of the IPL Nitesh Rana played a spending knock of 53 after the Mumbai franchise lost Parthiv Patel (0) early.

Jos Buttler batted for over ten overs but in that time was on strike for just 24 balls for his knock of 26 with the Englishman content to allow Rana to take control.

How impressive has Nitesh Rana been this #ipl https://t.co/d3kDFqjLJx #VIVOIPL via @ipl

Buttler and Rana fell shortly after each other but Sharma and Pollard kept the momentum firmly in the Mumbai Indians favour and did a great job of accelerating when it was required.

Pollard fell for 39 off 23 balls holing out to Ravindra Jadeja at deep midwicket off the bowling of Andrew Tye but Sharma would guide them home with the help of finisher Hardik Pandya (6*) as they reached 177/4 with three balls to spare.

The Mumbai Indians move to the top of the IPL table two points ahead of the Kolkata Knight Riders who have a game in hand while the Gujarat Lions are seventh with just one win in four matches.