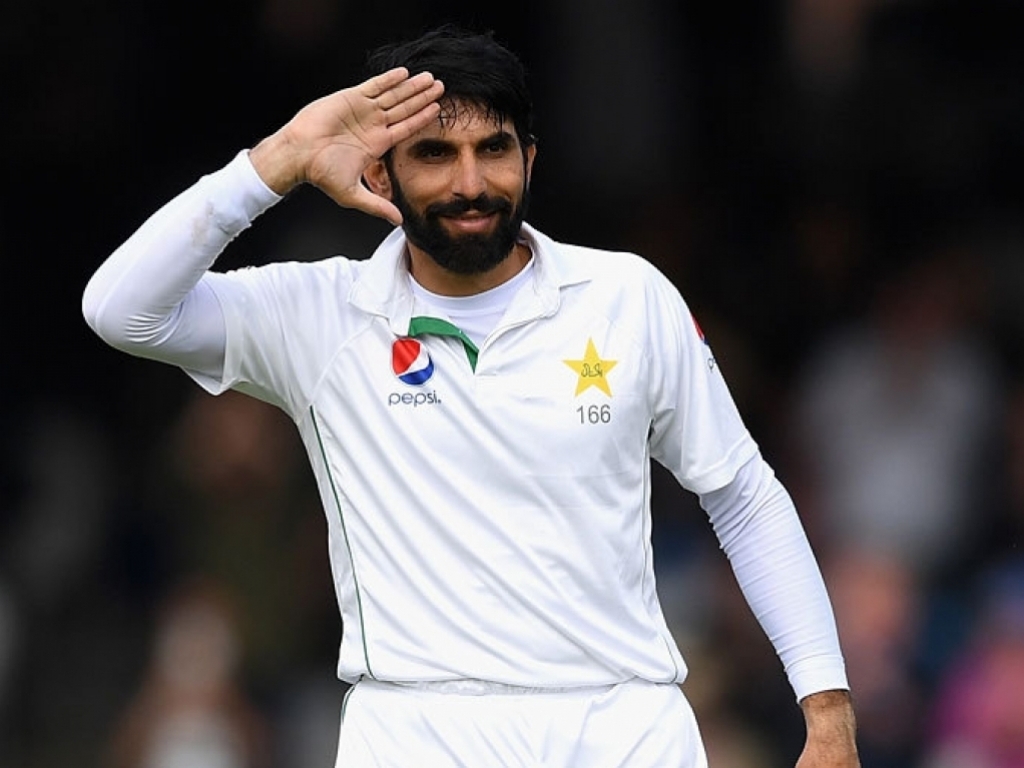 Pakistan captain Misbah-ul-Haq has said that he will consider retirement after the conclusion of the series in New Zealand and Australia later this season.

Misbah recently overtook Imran Khan as the most capped captain in Pakistan’s cricket history when he played his 49th Test as skipper against the West Indies.

At 42 Misbah is well past the age at which most players call it a day but his leadership and determined batting have made him central to the success of Pakistan’s Test unit and the skipper scored 96 in the second Test against the West Indies.

The skipper told Stuff.co.nz: “Definitely this series in New Zealand and Australia, then see.

“That was the target, so [we’ll see] how these tests go and how my body reacts.”

The captain said his team are eager to challenge themselves in different conditions to prove they are among the game’s elite Test teams.

“Five or six years we’ve been doing well. This team is performing well, the players are developing and performing to keep this team at the top.”

Should he retain his fitness Misbah will lead Pakistan for the fiftieth time in the first Test against New Zealand and the skipper said he was pleased but doesn’t put too much stock in statistics and milestones.

Misbah concluded: “I always believe that these numbers, it’s not that important for you, but obviously you feel proud when you get to any sort of milestone.”

“It gives you satisfaction, but again I believe your performance, and how much you’re winning for your country and your team, that’s really important for you as a captain and as a player.”