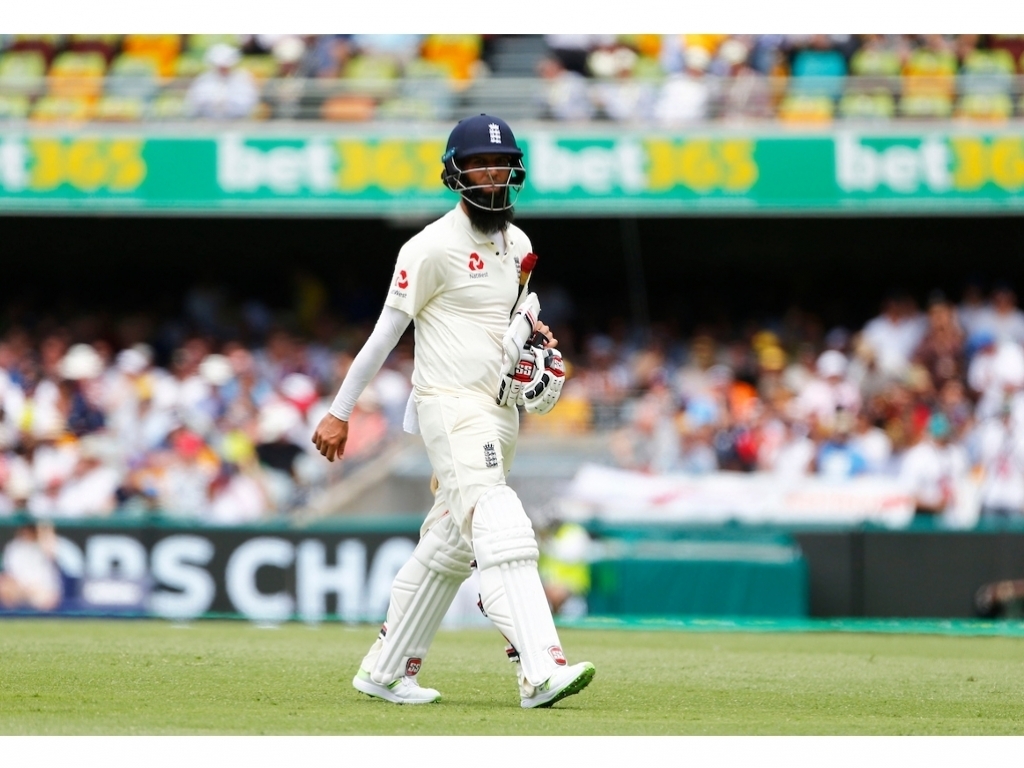 England allrounder Moeen Ali has revealed his disappointment at being stumped by Tim Paine on day four of the first Ashes Test.

The tight decision sparked furious discussion on social media but Moeen himself has said that as a bowler he would want that given.

Moeen told the press after day four in Brisbane: "If I was bowling I would want it out.

"I guess it depends from what angle you look at it from but you’ve got to respect the umpire’s call. So you’ve just got to move on.

"I thought I was alright but the replay did look very tight. I’m disappointed with myself really that I got out in that fashion.

"It’s just what happens I guess in cricket. I was more disappointed with the time I got out. I thought me and Jonny were building a good partnership so I was over it straight away."

Outstanding glovework from Tim Paine for that stumping and he LOVED it when the decision came back! #Ashes #ohwhatafeeling @Toyota_Aus pic.twitter.com/0m3aYUSWA5

With Nathan Lyon doing good things for Australia much is expected from Moeen who disclosed that he has injured his bowling hand during this match.

Moeen added: "After 15 overs I ripped my spinning finger on the seam and it’s not been easy since then.

"Today it was much better – I just didn’t bowl as well. But I’ve had to glue it and file it and things like that with the physio and try and keep it hard.

"It’s not been easy I guess. But today was a day where I actually felt okay and I just didn’t bowl well."

England are staring down the barrel of a big defeat with Australia needing just 56 runs to win with all ten second innings wickets in hand.