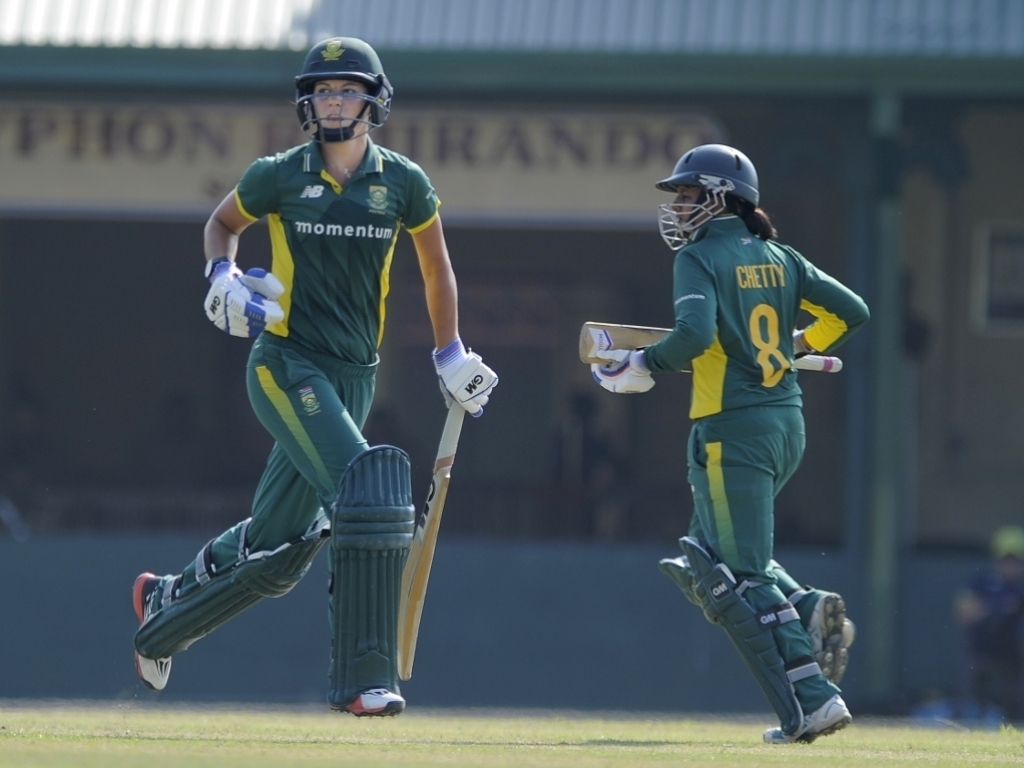 Proteas coach Hilton Moreeng is satisfied that his team is moving in the right direction ahead of the Cricket South Africa (CSA) Women’s Quadrangular series after they beat Ireland by eight wickets in their warm up match in Potchefstroom.

The series, which also includes India and Zimbabwe will begin on Sunday, 7 May with South Africa taking on the neighbours, Zimbabwe and India going up against Ireland.

“I’m happy with what I’ve seen so far,” Moreeng commented. “We’ve had a really good and intense pre-tour camp which started on Monday and that, together with the warm up match against Ireland has done really well to get the team in gear and switch the minds on to competitive cricket.”

Moreeng was pleased to see his senior bowlers, Marizanne Kapp (2/11) and Sune Luus (2/30) returning two wickets each on a wicket that was more batter friendly.

“It was definitely not easy going for either team, but it was really good to see our bowlers getting the breakthroughs that we needed at crucial times,” he continued. “Kappie (Marizanne Kapp) and Sune (Luus) were the most impactful, but I won’t take away from the rest of the bowlers who built up the pressure and struck well up front, especially after Aya (Ayabonga Khaka) got the initial breakthrough with the run out of Mary Waldron.”

Shabnim Ismail, Khaka and Masabata Klaas chipped in with a wicket each, ensuring that 25 was the second-highest run score, hit by Shuana Kavanagh from 69 deliveries.

Laura Wolvaardt and Lizelle Lee got the South African reply off to a solid start with a 54-run opening stand before the loss of the latter for 39 (42 balls, 8 fours). Wolvaardt and Mignon du Preez took charge of the remainder of the chase, both returning unbeaten for a respective 57 and 47, claiming victory with 136 balls to spare.

Moreeng was particularly delighted by the manner in which the batting unit went about the chase. Everyone one got a start with the exception of Trisha Chetty who fell to Kavanagh for four.

“The batters looked in nick and I was happy to see them make quick work of the chase. All in all, it was a good first outing for the team considering that it has been a few months since our last international match. It certainly bodes well for the series proper starting this Sunday and we all look forward to a tough contest among everyone involved.”