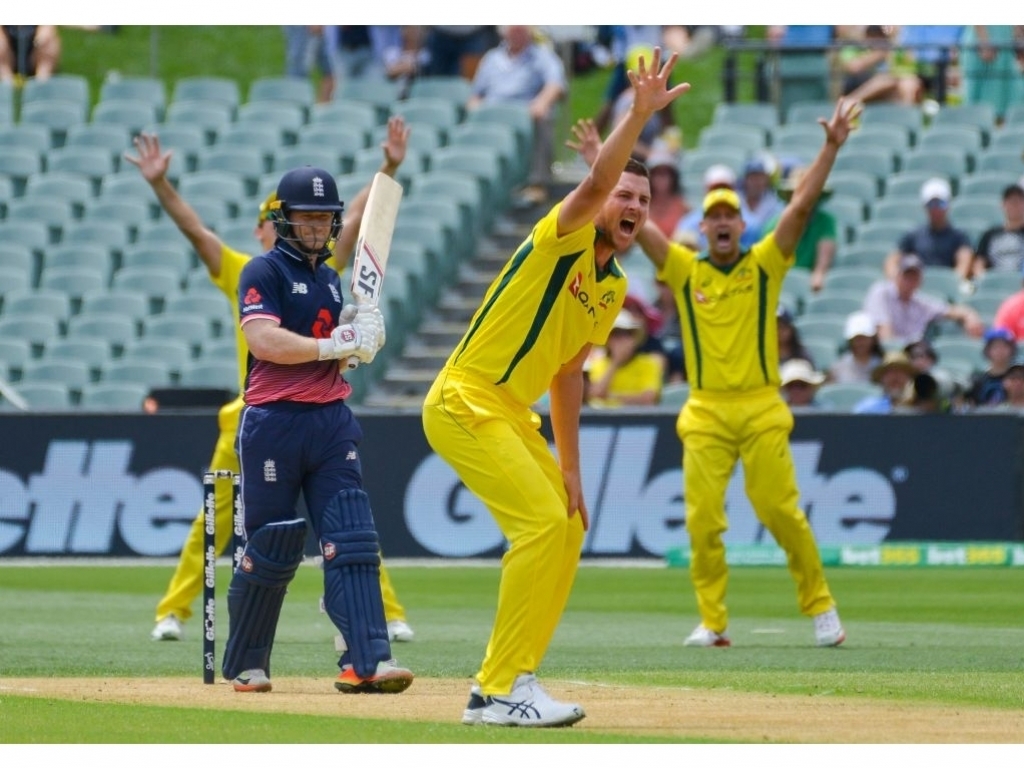 England captain Eoin Morgan has credited the Australia bowlers with winning the fourth ODI in Adelaide for their team.

Morgan feels that his troops did well to stay in the game having posted just 196 but he was disappointed with the batting effort.

England slipped to 8 for 5 before an unbeaten 76 from Chris Woakes helped them to a score that was almost defendable.

Morgan said after the loss: “I thought we fought really well with 190 on the board, to have Australia seven down was an outstanding effort, but to have lost five wickets in the first 10 overs and not having hit a boundary for the first 12 really emphasised how much there was in the wicket.

"Full credit to Australia, I thought they bowled really well, didn’t really give us anything to hit, it was quite relentless, and they thoroughly deserved to win today.”

Big wicket for Cummins as he breaks the burgeoning partnership and removes the England skipper for his third! @Toyota_Aus #ohwhatafeeling pic.twitter.com/OZclby3xUo

Travis Head's 96 would provide Australia with a sufficient platform to go on to win the match but the way the lower middle-order unraveled during the chase will concern Steve Smith and Darren Lehmann.

England and Australia play one more ODI at the brand new Optus Stadium in Perth and event both camps are looking forward to.

The stadium is set to replace the WACA on the international cricket calendar and holds 60,000 people.

Morgan said of the fifth ODI: "We're looking forward to the final game of the series, in front of 60,000 at the new stadium in Perth."

England have already sealed a series win having won the first three matches of the ODI series but would be eager to round off the ODIs with a win.