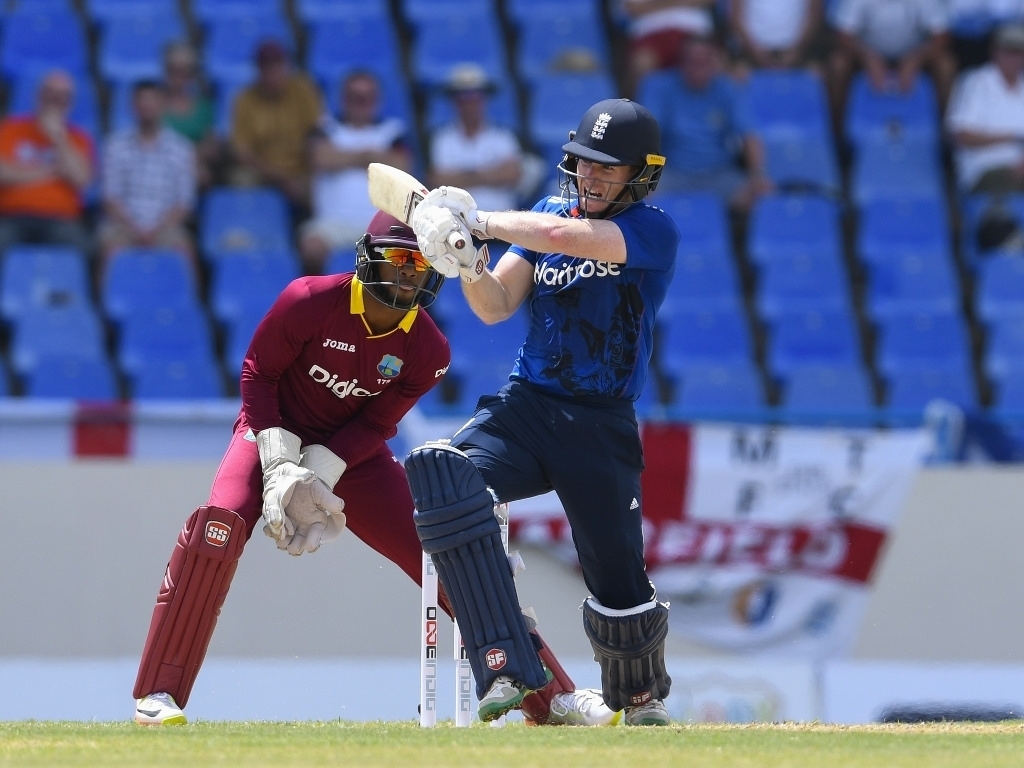 Eoin Morgan hit his tenth ODI hundred to help England post what proved to be a match winning total of 296/6 in their fifty overs.

The West Indies could only manage 251 all out in reply as they slumped to a 45 run defeat in Antigua.

The century was Morgan’s fifth as skipper setting a new record for the most hundreds scored as captain of England in ODIs.

Morgan found himself at the crease quite early after Jason Roy (13) and Joe Root fell in successive Shannon Gabriel overs.

Sam Billings (52) and Morgan would add 67 for the third wicket though to wrestle the initiative back for the visitors.

Billings struck his second ODI fifty but will be disappointed with his dismissal playing a poor shot to be caught at short midwicket off the bowling of Ashley Nurse.

Jos Buttler (14) didn’t last too long before Jonathan Carter took a brilliant catch to give Nurse his second scalp.

Ben Stokes (55) gave England some impetus with the three sixes he struck in his quick-fire half century before he holed out in the deep.

Morgan would bring up his century in some style, smashing a six that took him past three figures.

Moeen Ali (31 not out) was on strike when Morgan (107) was run out having backed up too far allowing Carlos Brathwaite to effect a run out after fielding in his follow through.

That was just three balls from the finish though and England looked to have posted a highly competitive score having whacked 100 in the last ten overs.

Shai Hope (31) and Jason Mohammed looked to be steadying things before the former played a loose shot that gifted Adil Rashid a wicket.

Mohammed and Carter put on 82 for the fifth wicket, the West Indies best partnership of the day, reviving hopes of a home win but when Roy hung on to a tough catch in the deep the latter had to go for 52 and the hosts hopes went with him.

Mohammed’s run out for a career best 72 courtesy of the boot of Steven Finn signaled the end of the hosts challenge and they would slump to 251 all out.

Liam Plunkett was the pick of the England bowlers with figures of 4 for 40.