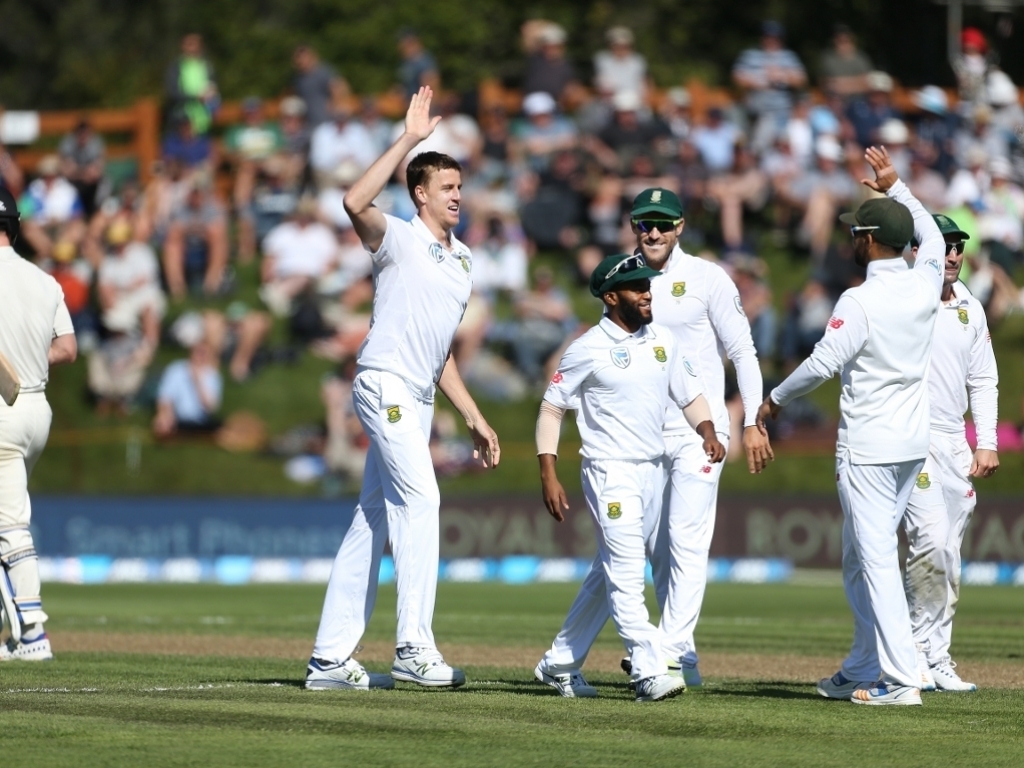 Proteas fast bowler Morne Morkel has revealed his relief at getting through the first Test against New Zealand in a chilly Dunedin without straining any muscles.

The icy conditions at the southern-most Test venue in the world would provide the ultimate Test for a bowler who has endured a spate of injuries that threatened to derail his career.

Morkel has been afforded a Test lifeline by Dale Steyn’s injury and Kyle Abbott’s decision to take up a Kolpak deal with Hampshire which saw his CSA contract terminated after the second Test against Sri Lanka earlier this year.

Speaking after the match Morkel spoke about his injury fears: “I was more nervous that I don’t pull up [a back strain]. That’s the last thing you want, especially when you are playing three seam bowlers.

“I was a little bit nervous because I hadn’t been in the field for longer than 50 overs. In the back of my mind it was going to be a real test going for more 20 overs with the ball and 100 overs in the field.

“One of my biggest worries was that in Dunedin I knew it was going to be cold, so I was wondering if my muscles would recover. There were a lot of ifs and buts.”

The big quick has had little match practice in preparation for this series but his extensive experience at the highest level has led the selectors to back him.

Morkel feels that he has broken his own mind-forg’d manacles by getting through the Dunedin Test unscathed: “For me to break that mental barrier was quite pleasing.and now I can put those things to rest and just focus on cricket.

“All those demons that were on my mind, I managed to control it and get through it. I have that peace of mind that I can play Test matches again.”

The 72-Test veteran has had to undergo extensive rehabilitation to recover from an injury that many experts felt would end his career.

He added: “The main issue was that my lower core was weak and in a way I needed to rewire my body.

“I had so many bad movements, mechanically with my body that created tension and inflammation. I had a massive bulge in the top of the core which caused spasms and all those sorts of things.”

“I’ve had a lot of work in getting certain muscles to switch on and switch off at certain times.

“I don’t think I have solved it. I need to take a lot of responsibility now, to look after my body. I can’t take any shortcuts with my training and my gym work. I need to manage my load with cricket outside the South African season and just be clever with that.”

Morkel took 2/62 in New Zealand’s only innings having been preferred to young Duanne Olivier who led the Sunfoil Series wicket-taking list this season.