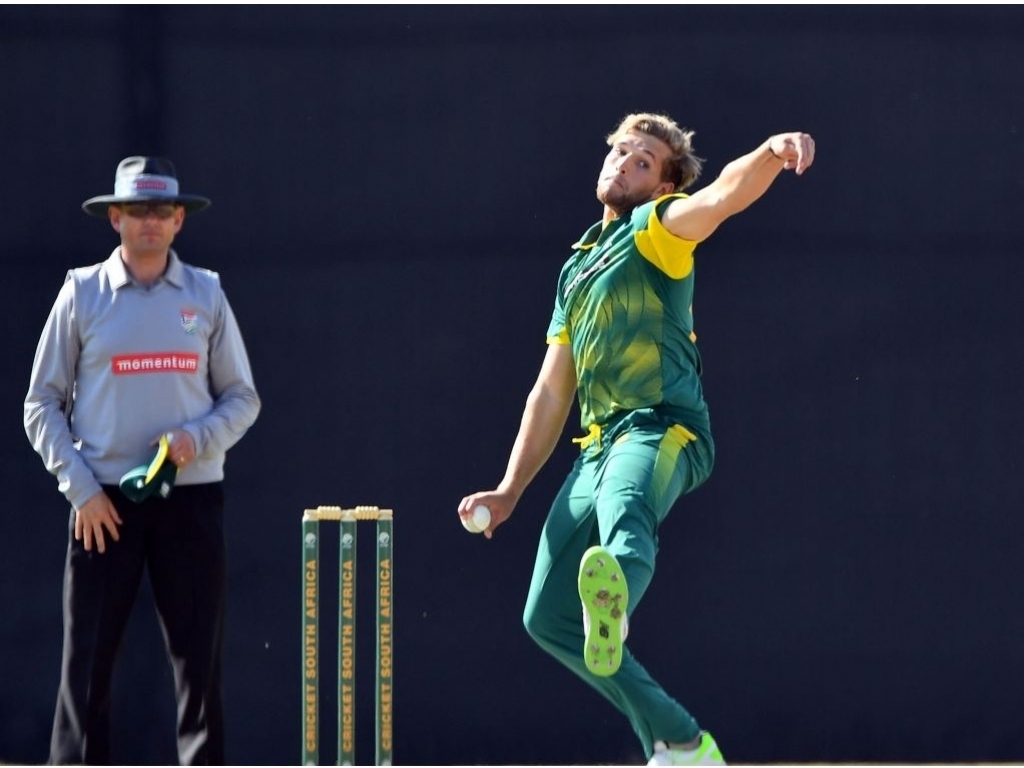 Nineteen-year-old Wiaan Mulder is still processing his unexpected call-up to the Proteas ODI squad for the remaining two matches of the series against Bangladesh.

Mulder was withdrawn from the Highveld Lions’ Sunfoil Series match taking place in Potchefstroom last night, a whirlwind 24 hours that has resulted in the culmination of a dream come true.

“ It’s still a bit of a dream,” he said in Paarl on Tuesday. “ It hasn’t really sunk in, I only got here (Paarl) three hours ago, but it’s an absolute dream to spend time with guys like AB de Villiers and Hashim Amla. They are going to be legends forever so I’m going to try and feed off them and do my absolute best to become one of them one day.

“ I got the call at about three o’clock yesterday afternoon,” he said of his call-up. “ I hadn’t gone in to bat yet and the coach (Geoffrey Toyana) told me that I was going to be replaced by someone else. I was very happy and tried to get a ‘not out’  overnight. It’s a funny feeling knowing that you’ll be leaving the game but it was one of those things that was the best for me at this stage.”

Mulder, who has two first-class hundreds and 33 wickets since making his debut last year, says he would like to develop into a ‘genuine all-rounder’ that can contribute successfully with both bat and ball. He is another South Africa U19 success story following in the steps of Kagiso Rabada, Andile Phehlukwayo and Aiden Markram, and will be following a similar recipe for success from his peers.

“ Something Aiden Markram told me sums it up,” he said. “ He told me to go out there and be myself, I shouldn’t try to prove a point to anybody and try be someone that I am not. At this stage it’s about having the freedom and peace of mind that no matter what, I’ll still be the same person. That is a big thing that has helped me with my success, going out there and not being too worried about what people are saying but to just do my best.

“ That is the thing that a lot of young guys can struggle with,” he explained. “ The mindset of being yourself is tough; you want to impress, you want to be the guy who stands up when the occasion is there. That has helped me through all of this.”

Proteas coach, Ottis Gibson, says Mulder’s call-up is another opportunity to groom a potential player for the future. Mulder is unlikely to play on Wednesday, with the coach hinting at sticking with a winning combination, but will no doubt gain valuable insight and knowledge of the demands of international cricket.

“ He is very talented,” Gibson said of Mulder. “ On one of the first days I got into the country I went down to the Wanderers and he was playing, I saw him and immediately liked him. I asked a question about him and they said he was in the system already, a good young U19 player. One of the things we are trying to do as a one-day team is widening the pool of players that we have to choose from. He is here now because he is talented and is somebody who in two years’ time, if developed in the right way, there is no reason why he can’t be part of the squad going forward.”

The Proteas have an opportunity to seal the series in the second match at Eurolux Boland Park on Wednesday, following the 10-wicket romp in Kimberley on Sunday. The Proteas lead the three-match series 1-0 with play scheduled to start at 10h00 local time.