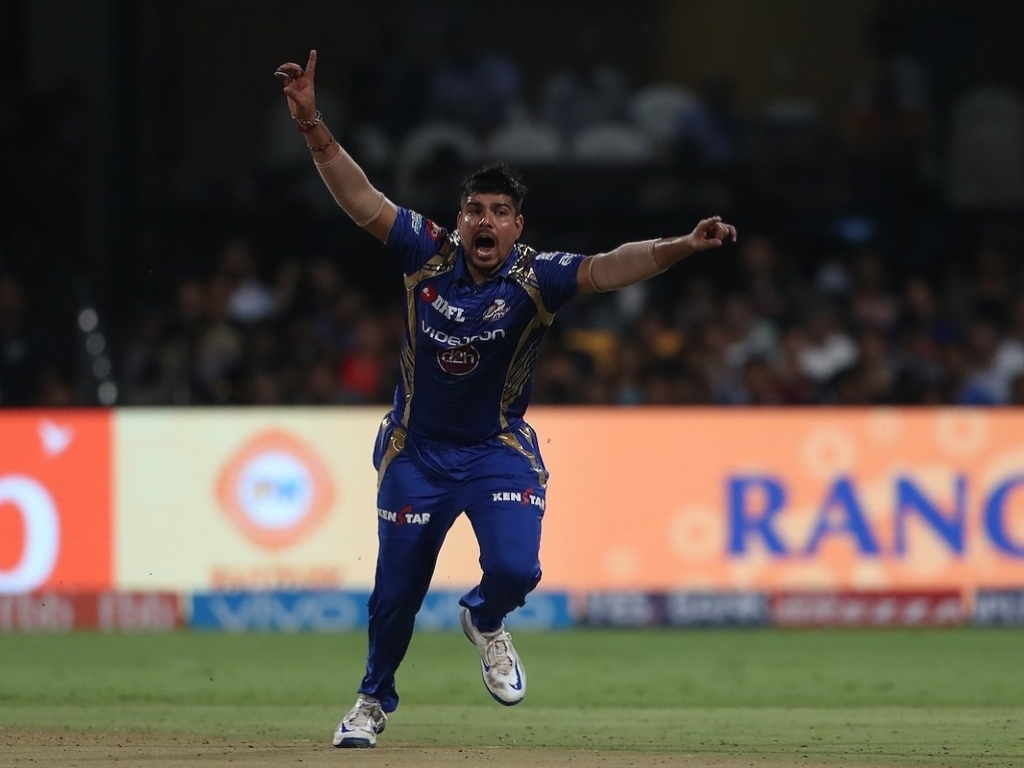 A dismal batting effort from the Kolkata Knight Riders allowed the Mumbai Indians to cruise into the final with a 6 wicket victory in the second qualifier.

KKR found themselves in trouble early on losing both openers in a sluggish powerplay and never recovering from 24/2.

The Chinnaswamy continued the trend this season of being slow and tricky and the loss of Chris Lynn (4) and Sunil Narine (10) early put KKR behind the game.

The wrath of Karn! https://t.co/G0nx8x7PSL #VIVOIPL via @ipl

Karn Sharma (4/16) and Jasprit Bumrah (3/7) tore into the top order while also going for very little.

KKR lost Robin Uthappa (1), Gautam Gambhir (12) and Colin de Grandhomme (0) in the space of two overs to leave them 31/5 after seven overs.

Ishank Jaggi (28) recovered from a terribly slow start to put together the only semi-decent partnership with Suryakumar Yadav (31) but ultimately they would only reach 107 all out.

Look out for this lad in the #ChampionsTrophy2017 https://t.co/FPNdq3B5AN #VIVOIPL via @ipl

The Indians lost Lendl Simmons (3), Parthiv Patel (14) and Ambati Rayudu (6) which threatened to make a contest of things.

Rohit Sharma (26) and Krunal Pandya put on 51 to kill off the game as a contest before the former holed out having a slog.

Krunal Pandya whacked 41 not out to get them home comfortably in the end and book a date with the Rising Pune Supergiant, who have beaten the Mumbai Indians all three times they have met this season, in Sunday’s final.

A disappointed KKR skipper Gambhir said after the match: “We discussed after the last game that we couldn’t get 160-170, we needed 140. Lost too many wickets early on. 107 is not a great score unless you can get the opposition all out.

“We had to be up for it. Had we had wickets, we could have targeted one or two bowlers. Proud, because we put everything we could. We had two opportunities, we missed it. We could have had two cracks at the top two. The boys were professional through the season.”