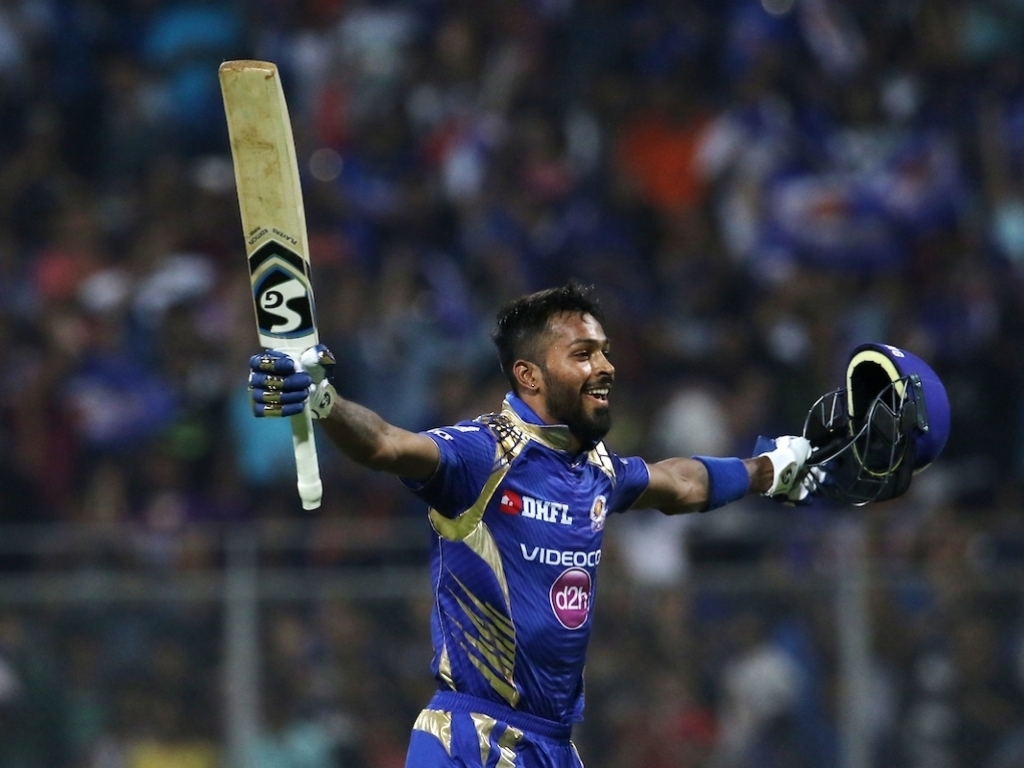 Some awful fielding in the final over allowed the Mumbai Indians to beat the Kolkata Knight Riders by 4 wickets with just one ball remaining.

Trent Boult did little wrong in his final over but a misfield on the boundary first cost an early boundary before Hardik Pandya was dropped by Rishi Dhawan after a vicious short ball.

Earlier the Kolkata Knight Riders posted a total of 178/7 with Manish Pandey (81*) starring for the visitors in their second Indian Premier League match.

Gautam Gambhir (19) and Chris Lynn (32) got KKR off to a good start but the to departed either side of Robin Uthappa’s dismissal to leave them 67 for 3.

Pandey stood tall as his partners came and went and strongarmed the Knight Riders to a defendable score.

Krunal Pandya ended as the pick of the bowlers picking up 3 for 24 in his four overs grabbing the vital wickets of Gambhir, Uthappa and Yusuf Pathan (6).

In response Jos Buttler and Parthiv Patel got the Indians off to a solid start smacking 49 runs in the powerplay.

Parthiv (30) was eventually trapped leg before by Kuldeep Jadav to leave the Mumbai Indians 65 for 1.

A pair of absolute umpiring howlers cost the Mumbai Indians the wickets of Buttler (28) and Rohit Sharma (2) in successive overs as both were given out leg before unfairly.

Nitesh Rana (50) held things together during the middle overs batting with Krunal (11) and Kieron Pollard to keep the Indians in the game as the end drew near.

When Pollard fell at the beginning of the 17th over the Indians needed 60 runs to win off just 23 balls.

Rana and Hardik both launched Boult out of the park in the next over and it seemed like the tide had turned.

Rana reached his fifty with a six and a four of the first two balls of the 19th over but he fell trying to chip a full ball over point.

The final over was brilliant for the Mumbai Indians but catastrophic for KKR as sloppy fielding cost them a shot at a win and allowed Hardik to smack the winning runs and end on 29 not out.