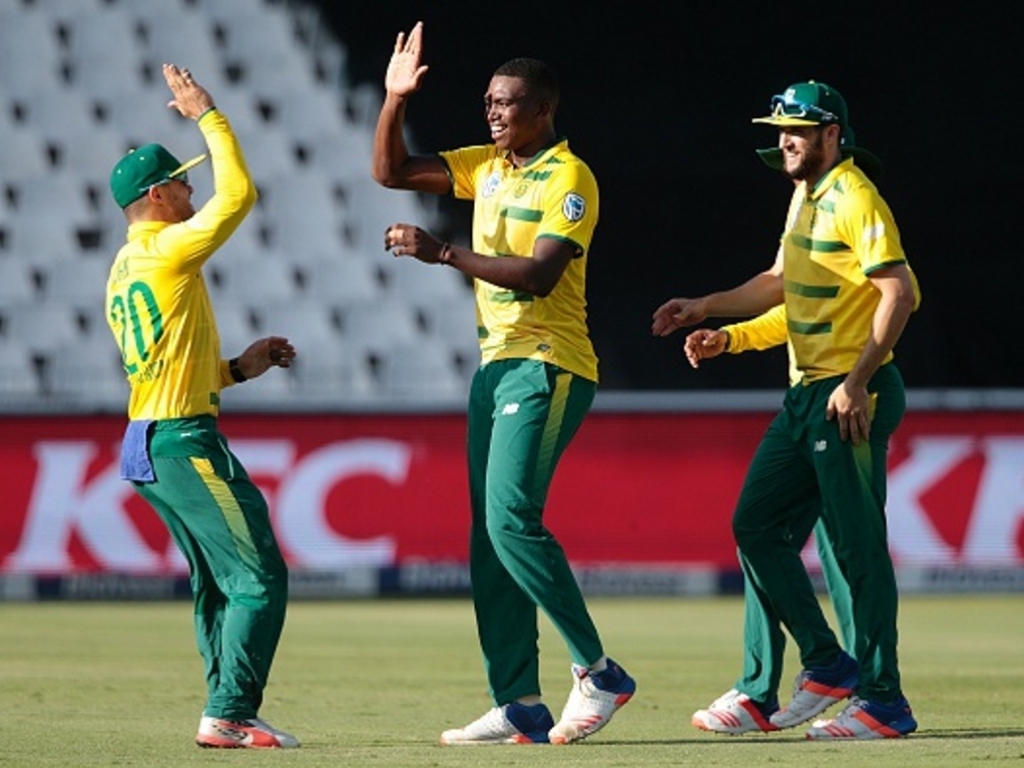 Proteas fast bowler Lungi Ngidi has enjoyed an incredible start to his career at the highest level but one man who won’t be surprised would be his former schoolboy coach Shane Gaffney.

Gaffney was probably the first person to recognize Ngidi’s incredible talent when the young man attended the prestigious Hilton College in the Kwazulu-Natal Midlands.

The coach gave Ngidi a vital boost in confidence by believing in him and givng him permission to dream big.

Ngidi has taken six wickets in two T20Is against Sri Lanka including a return of 4/19 at the Wanderers over the weekend.

According to Supersport Ngidi said: “As a bowler you don’t usually think about taking wickets your only focus is on making sure that you bowl a good line and length and that you hit the right areas in order to pressurize the batsman. Every time I run in to bowl I see it as a competition of skills between myself and the batsman. A competition I obviously want to win.

Ngidi says that he always wanted to be a bowler and credits Bakers mini cricket with igniting his love of the game.

He added: “I just knew that this was the game I wanted to play. I always wanted to bowl. It did not seem fun standing with bat in hand waiting to hit a ball.”

Ngidi has made excellent progress in his career since joining Tuks Cricket at the University of Pretoria where he has been carefully managed to allow his progress to the highest level.

Dr. Helen Bayne Head Biomechanist at the High Performance Centre at the University of Pretoria said:  “The period around the age of 18 and 19 years can be a very risky one for a promising fast bowler.

“Coming out of high school, having played provincial and national Under-19 cricket, teams are often keen to fast track them into senior cricket because of the impact that a good fast bowler can make. Unfortunately, the combination of their age and a sudden increase in their fast bowling demands greatly increases the risk of injury.

“One of the biggest injury concerns is a lower back stress fracture because it can keep a bowler out of competition for a full year, and the risk is highest in this age group because the part of the spine where the stress fracture happens only reaches full maturity around the age of 24.

“To decrease the chance of injury, bowling loads need to be increased gradually, with appropriate recovery periods.

“Young fast bowlers also need to be in good physical condition to handle the stresses associated with bowling, and have good technique to minimise the forces at the spine and other joints.

“When Lungi joined the programme in 2015, this was a major focus of the work we did with him.

“This involved a thorough assessment of his movement competency, strength and flexibility so that the strength and conditioning trainer could target areas of weakness, and analysis of his bowling action that the bowling coach based his technical work on. Lungi responded well and worked hard, making steady improvements in all areas.”