‘No need for bouncers’ 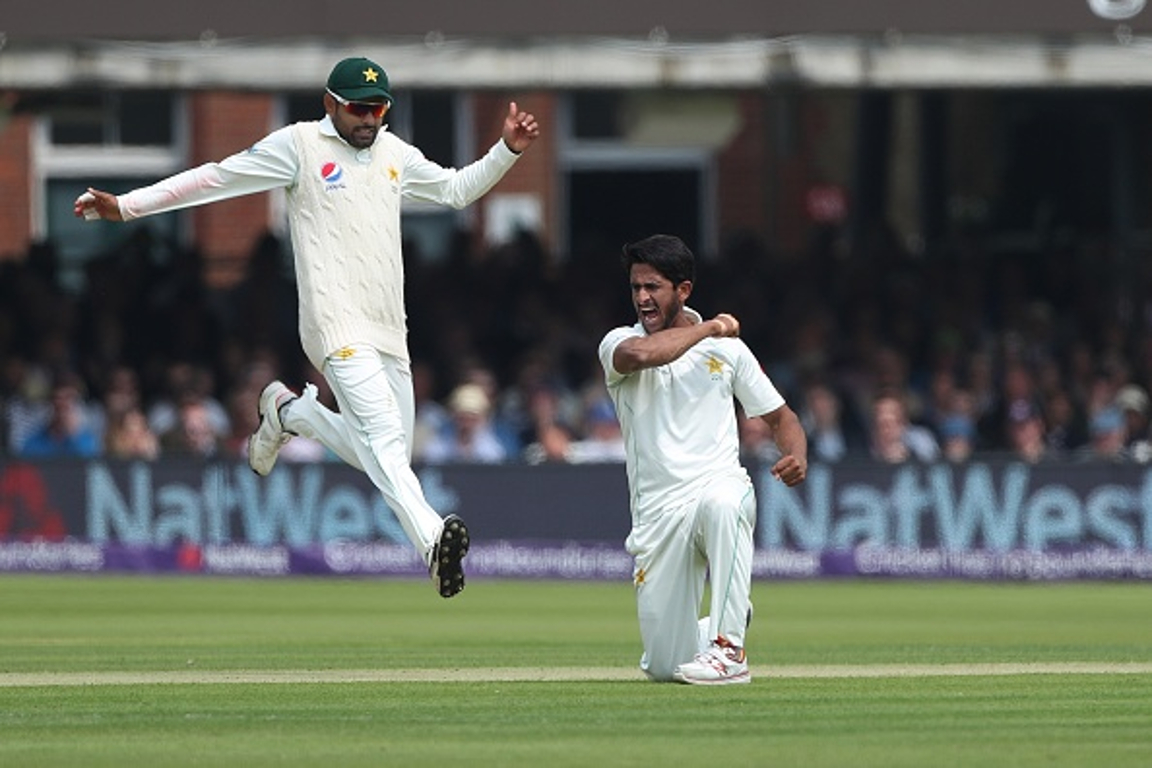 Pakistan fast bowler Hasan Ali has said that he and his fellow pacemen did not need to employ bouncers on day one of the first Test at Lord’s because the pitch gave the quicks plenty to work with.

Hasan took 4 for 51 as Pakistan bowled England out for just 184 on day one after Joe Root had won the toss and elected to bat first.

Speaking after play Hasan said: “We had a plan because the pitch was fresh and had moisture so it was to bowl full and straight.

“There was no need for bouncers because we were getting a lot of help from the pitch for bowling full and straight. Getting experience of playing in England in the Champions Trophy was a good thing for us.”

A wonderful catch – Pakistan are on a roll.

England opener Alastair Cook agreed that there was something in the pitch for the fast bowlers.

Cook said: “It was a wicket where if you missed your length short or full you got punished, but three of us got bowled with a bit of movement so there was clearly something in there.”

Cook and Mark Stoneman were done by straight deliveries having been shown by the Pakistan quicks that the ball was moving away while Jonny Bairstow was cleaned up by an inswinger from Faheem Ashraf.

Former England skipper Michael Vuaghan slammed England’s batting effort on what he feels is a 280+ pitch.

Vaughan said of the England batting effort:”Dawid Malan is hanging back, Bairstow threw his hands at the ball. Yes it swung, but you expect swing in a Test match. I’m not going to talk about the tail because it was not down to them. It was 280 par, certainly not 184. It’s becoming too much like deja vu.”

Pakisatn reached 50 for 1 by stumps trailing by 134 runs.