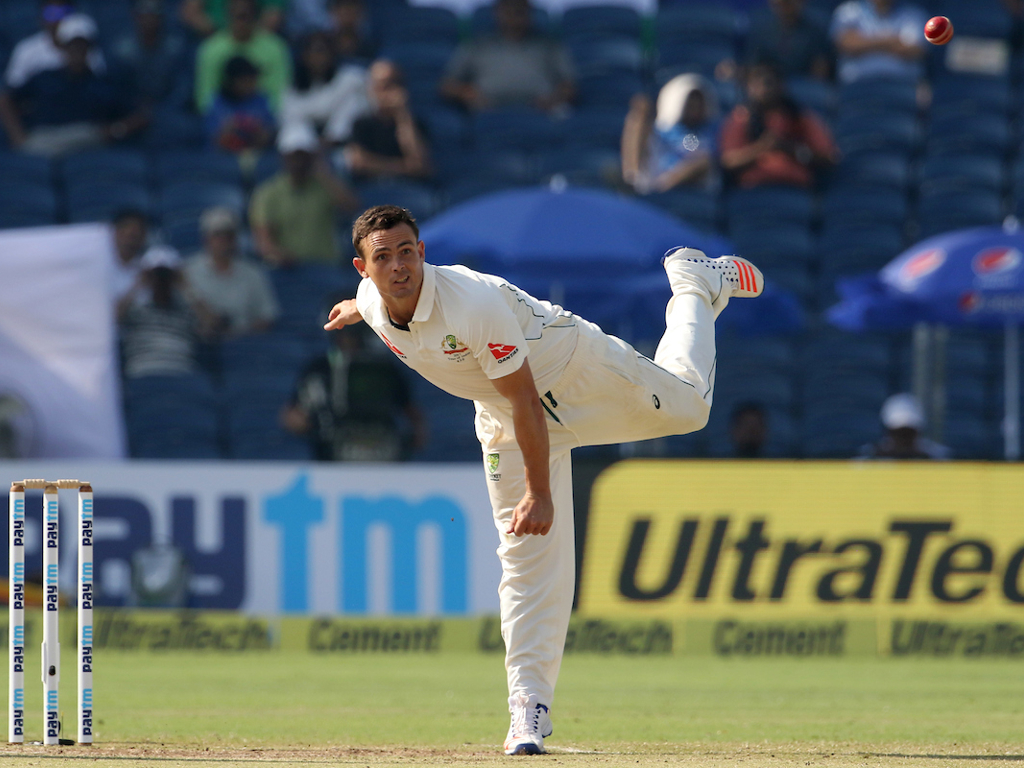 India would have been confident at the start of the day when Australia resumed on 256/9 with the hosts hunting that one wicket.

They wouldn’t have to wait long before Mitchell Starc holed out to deep midwicket off Ravi Ashwin for 61, Josh Hazlewood couldn’t add to his overnight 1 not out.

India would find themselves wobbling before lunch though as Australia struck with the new ball with Hazlewood’s probing line getting Murali Vijay to nick off for 10.

Starc then struck a huge double blow as first he dismissed the reliable Cheteshwar Pujara for 6 before claiming the scalp of Virat Kohli for a rare duck, the skipper had gone 104 innings without failing to score.

Starc teased the master batsman with a full wide one that he couldn’t resist and the Indian skipper had to go after just two balls.

Lokesh Rahul (64) had remained firm at the other end and along with Ajinkya Rahane (13) guided India to lunch.

After the meal disaster struck for India as they slipped from 94 for 3 to 105 all out with O’Keefe claiming career best figures of  6 for 35.

India’s collapse is their worst in test history in terms of runs added for those seven wickets.

Australia would then fight their way to a commanding lead thanks to an unbeaten 59 from Steve Smith who was ably assisted by Matt Renshaw (31), batting despite being ill.

Openers Shaun Marsh (0) and David Warner (10) went early but the middle order showed the fight they lacked in the first innings.

At the close Mitchell Marsh had moved to 21 not out along with Smith and taken Australia to 143/4.