Openers dig in for Pakistan 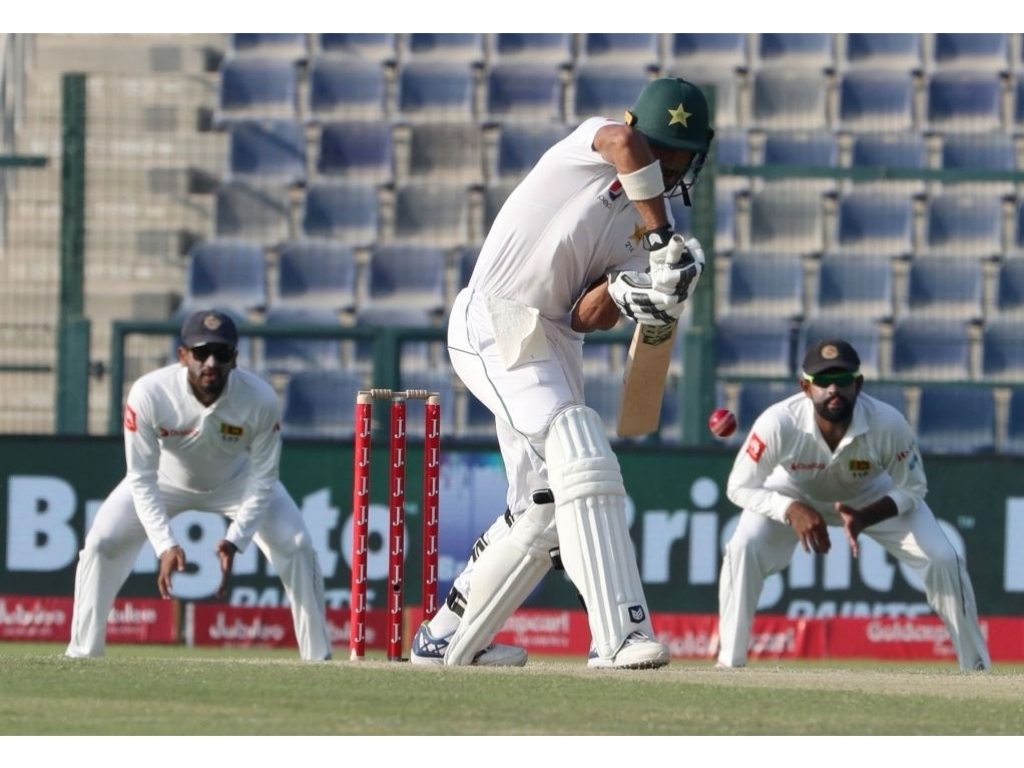 Pakistan openers Shan Masood and Sami Aslam reached stumps on day two of the first Test against Sri Lanka on 64 without loss to trail by 355 runs.

Sri Lanka had resumed on 227 for 4 with Dinesh Chandimal and Niroshan Dickwella at the crease.

Dickwella whacked his way to 83 having been on 42 overnight sharing a 134 run partnership with his skipper.

Hasan Ali would account for Dickwella with a good delivery just outside off that the left-hander tried to run down to third man but it kept low and he would inside edge it onto his stumps.

Chandimal held firm and would be assisted by Dilruwan Perera (33) but when the latter was trapped leg before by Haris Sohail it prompted a lower-order collapse.

Mohammad Abbas who had gone wicketless for much of the innings quickly removed the tail after Yasir Shah had Rangana Herath (4) caught.

Abbas’ figures of 3/75 made him the pick of the bowlers while Yasir also bagged three in a marathon effort which saw him bowl 57 overs.

Sri Lanka skipper Chandimal ended unbeaten on 155 in a welcome return to form that has kept his team in the game and powered them to 419 all out.

Masood (30*) and Aslam (31*) prevented Sri Lanka from breaking through in the evening session and they will be looking to erase the visitors 355 run lead.