Overton gets the last laugh 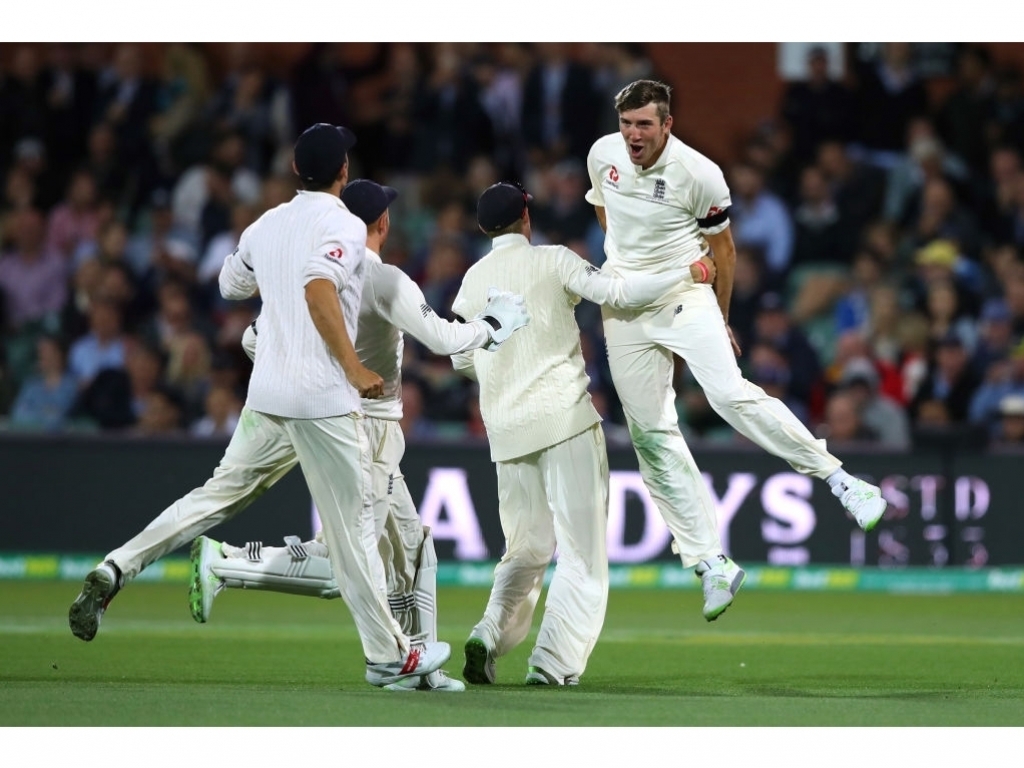 Australia skipper Steve Smith aimed a jibe at England seamer Craig Overton that came back to haunt him.

Smith branded the Somerset seamer 'slow' but would eventually be bowled by a ball that jagged back off the pitch and squeezed between bat and pad and onto the stumps.

Overton said after play on day one of the second Ashes Test in Adelaide: "He was saying I was slow, so it was nice that I beat him for pace."

The 23-year-old felt England came back well after winning the toss and electing to field first only to endure a difficult start on a slow pitch.

Overton said: "This morning it was overcast skies, so we tried to make sure we capitalised on that.

"The first session didn't go to plan, but they didn't get away from us. They're not too far ahead of the game, so if we can get early wickets, we're confident.

"It was a challenge for us, but we spoke in the changing room [during a rain break] about the need to get our lengths right, and after that we bowled a lot better."

The quick described playing for England and getting Smith as his first wicket as a massive moment for him.

"You can't really put it into words what it means, and it was nice my folks were here to see it. I hope I've made them proud."