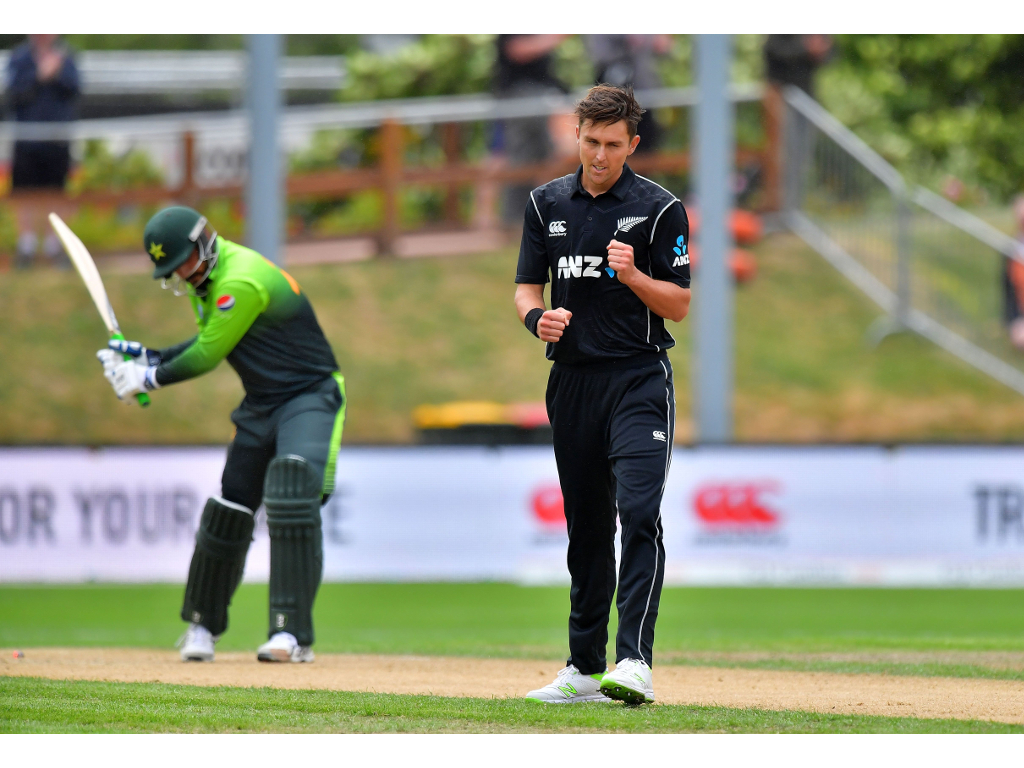 Pakistan were bowled out for just 74 in pursuit of 258 runs to win in the third ODI against New Zealand in Dunedin.

The Black Caps won the toss and elected to bat first on a windy day.

The explosive Colin Munro (8) was the only top five batsman for New Zealand to fail to make a significant contribution with all the senior batsmen chipping in.

After Munro nicked off to Faheem Ashraf in the second over Martin Guptill (45) and Kane Williamson put on 69 runs for the second wicket.

Guptill was run out after a horrific mix up with his skipper that saw both just about standing at one end.

Williamson top scored with 73 and would add another 74 runs for the third wicket with Ross Taylor before chipping Rumman Raees to mid-on.

Taylor went to fifty as well and would add another 51 for the fourth wicket with Tom Latham but he was trapped leg before for 52 by Shadab Khan.

Latham was unable to rally the lower order around him and wickets fell on a regular basis leaving New Zealand feeling they had missed out on a great platform.

Raees (3/51) was the pick of the Pakistan bowlers while Hasan Ali (3/59) also bagged three scalps.

In Reply Pakistan were abject in the face of some excellent bowling from Trent Boult.

He took his fourth ODI five-for to destroy Pakistan – @trent_boult is the 3rd ODI Player of the Match! #NZvPAK pic.twitter.com/41XI1V9umm

Pakistan would find themselves 16 for 6 in the 15th over of their chase with Boult claiming three victims.

Sarfaraz Ahmed (14*) desperately tried to hold things together for Pakistan but without any contributions from the top order or indeed any of the allrounders he was on a hiding to nothing.

New Zealand’s celebrations after claiming the five match series with a third win in three matches seemed muted in the face of such a poor effort from the tourists.

Boult would return figures of 5/17 and would earn the man of the match award in the 183 run win.

Speaking after play Boult said: “Pretty windy today, the wind was behind me today. Collective effort. Wanted to get the series done, knew we had to fight hard with only 250 on the board.”