Pakistan grind their way ahead 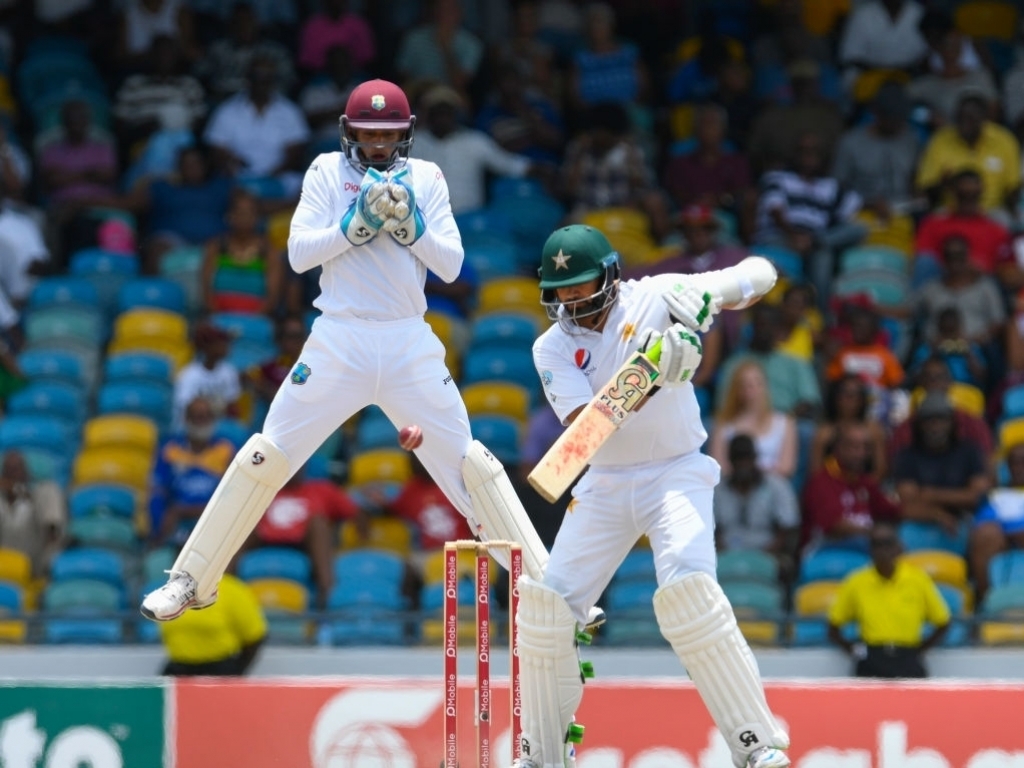 Pakistan edged their way into a position of strength on day two of the second Test against the West Indies reaching 172 for 3 trailing by 140 runs when bad light stopped play.

The West Indies could only add 26 runs to their overnight score losing Jason Holder (58) and Roston Chase (131) before adding any runs on day two.

Mohammad Abbas got Holder to nick off with his third ball of the day before Mohammad Amir found the edge of Chase’s bat and Younis Khan did the rest at second slip.

All 26 of the West Indies second day runs came from the partnership between Devendra Bishoo (14) and Alzarri Joseph (8).

Bishoo tamely surrendered his wicket to Abbas, slapping the rookie fast bowler straight to mid on.

Joseph fell soon after missing a Yasir Shah full toss which clattered into the stumps.

Pakistan began their reply with a solid opening stand that would have drained the West Indies morale.

Ahmed Shahzad (70) and Azhar Ali put on 155 for the first wicket in just under 56 overs being made to graft hard for their runs.

When the West Indies did break through they struck a triple blow with Shahzad finally running out of luck having been dropped once and dismissed off no-balls twice before edging Bishoo to slip.

That dismissal sparked a mini collapse with both Babar Azam and Younis Khan being dismissed for ducks.

Misbah (7*) and Azhar Ali (81*) would see Pakistan safely to stumps but the West Indies will be happy with their final session even if their opponents won the day.