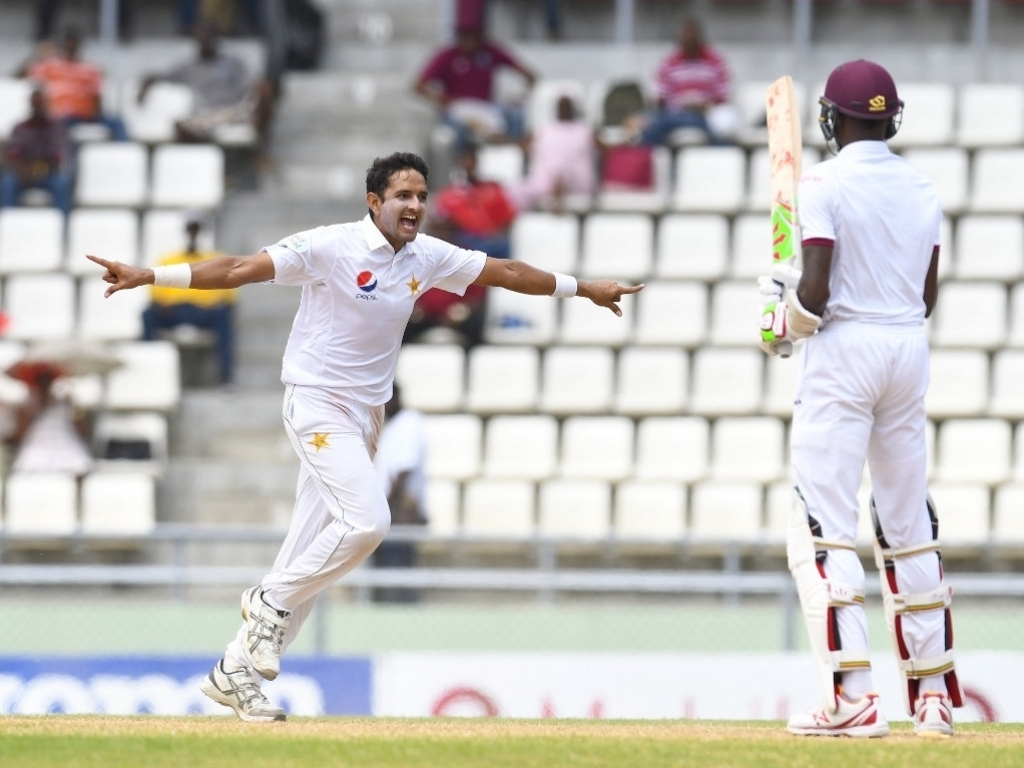 After three rather sedate days of cricket the fourth day of the decisive third Test was an all action affair which left the West Indies needing 297 runs to win with one man out.

The West Indies had began the day on 218 for 5 but could only add 29 runs to their overnight score with Mohammad Abbas claiming a maiden Test five for.

Shane Dowrich (20) was bowled by Mohammad Amir in the first over of the day before the Abbas show took centre stage.

Jason Holder (30*) tried to hold together the tail but few struck around as Abbas produced the spell of his young career ending with figures of 5/46 giving Pakistan a lead of 129.

Pakistan were made to scrap their way to a 300 run lead as wickets tumbled with the surface becoming harder to bat on.

Younis Khan struck 35 in his final innings with both he and retiring skipper Misbah-ul-Haq (2) afforded a guard of honour as they strapped on their pads for the last time in Test cricket.

The honour of top scorer went to Yasir Shah who hit a career best 38 not out to help Pakistan reach 174 for 8 having shared a 61 run eighth wicket partnership with Amir (27).

Alzarri Joseph was the pick of the bowlers with figures of 3 for 53.

The West Indies looked set to make it to the close without losing a wicket but Yasir had Kieron Powell (4) brilliantly caught at silly point by Shan Masood.

The West Indies still need 297 runs to win with nine wickets in hand but may just look to bat out the final day and share the Test and the series.