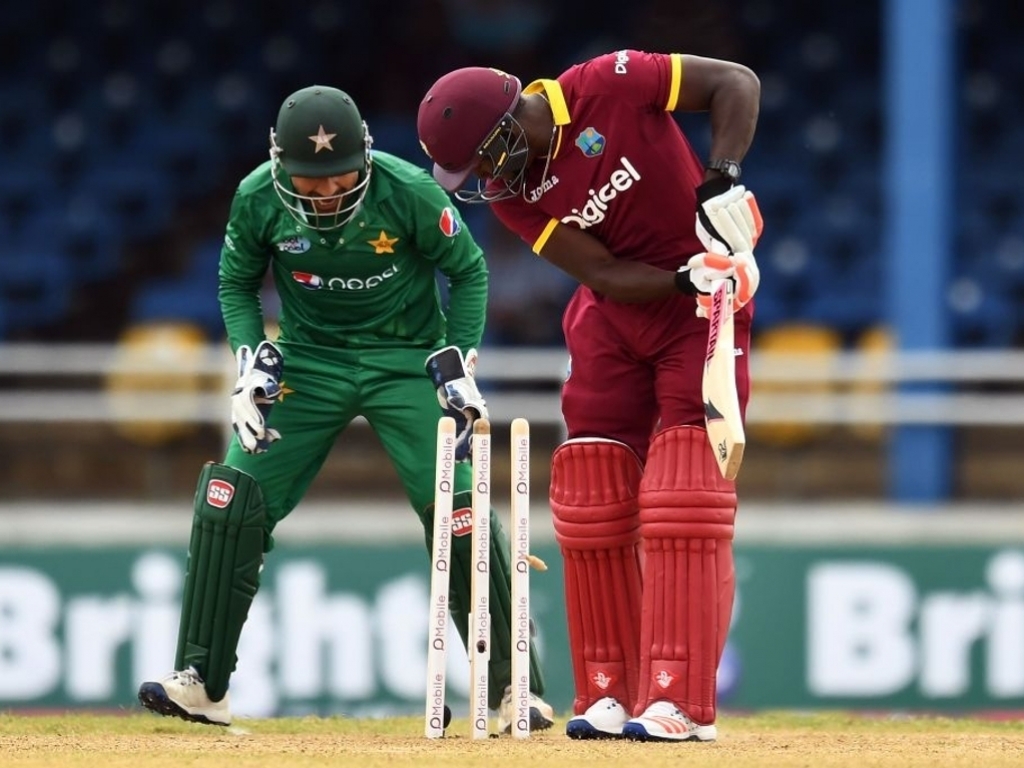 Pakistan only just held their nerve to win the second T20I against the West Indies by three runs in Port of Spain in a match that went down to the final ball.

Pakistan posted a total of 132 all out in an innings that stuttered due to consistent wicket-taking from the hosts.

Samuel Badree got the ball rolling for the West Indies when he castled Kamran Akmal for a five ball duck in the first over leaving Pakistan 0/1.

There were a few batsmen who made starts but Shoaib Malik’s 28 and Babar Azam’s 27 were the highest scores for the visitors who struggled on a sluggish pitch as Sunil Narine picked up 3/22.

Carlos Brathwaite also claimed three wickets but would travel for 37 runs from his four overs.

It took some late hitting from Wahab Riaz (24) to add get Pakistan to something like a defendable score and they managed the defense if only by a narrow margin.

Shadab Khan proved that he will be one to watch in 2017 as he dazzled with another brilliant display of leg spin that bagged him figures of 4/14 in four overs for Pakistan.

He used his googly to remove Chadwick Walton (21) his leg break to deceive Kieron Pollard (3) and skidded one on with the arm to bowl Rovman Powell.

Marlon Samuels looked like he might play a match-winning innings hitting 44 off 35 balls before he too fell victim to Shadab’s googly, nicking off through to Sarfraz Ahmed.

Brathwaite (15) and Jason Holder got the West Indies close though with the former falling in the penultimate over.

Sunil Narine found himself on strike in the final over but he would smash two fours before being run out after facing a pair of dot balls, sacrificing himself to save Holder and give him strike for the final ball.