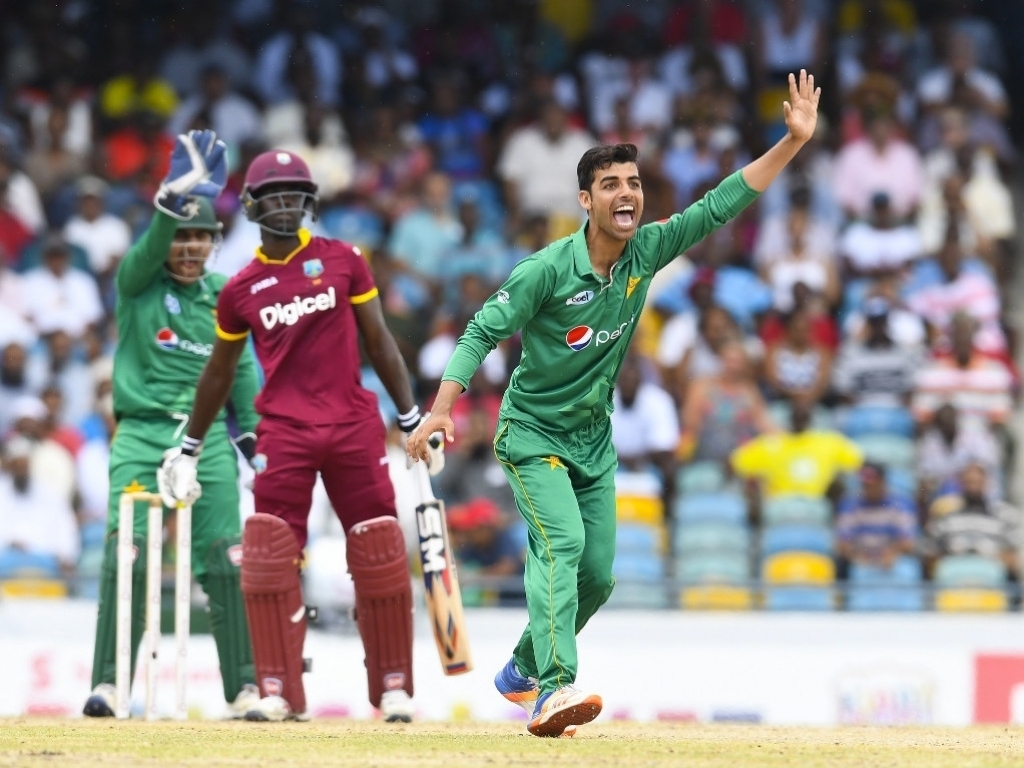 Another dreadful display with bat in hand from the West Indies allowed Pakistan to complete a simple six wicket victory in the first T20I in Barbados.

Shadab Khan impressed on debut picking up three wickets and going for just seven runs in his four overs.

He had a chance to finish with the best ever debut figures in T20I cricket but the infamously poor fielding of Kamran Akmal reared its head with the recalled man spilling a catch that would have secured Shadab a four wicket haul.

Brathwaite smashed 34 off 27 balls twice clearing the rope on the full and pushing the West Indies to a total of 111/8 in their 20 overs.

Faced with a modest total Pakistan were allowed to play with minimal risk although Kamran (22 off 17 balls) did try to keep the tempo up.

Samuel Badree would remove Kamran who earned his recall to the Pakistan team on the back of a brilliant Pakistan Super League.

The West Indies managed to peg Pakistan back to 49 for three with wickets from Jason Holder and Brathwaite getting the hosts back into the contest but it wouldn’t last.

But Babar Azam (29) and Shoaib Malik steadied the ship and by the time the former departed the game was over as a contest.

Shaoib would end unbeaten on 38 with skipper Sarfraz Ahmed (4*) keeping him company as the visitors began their Caribbean tour with a solid win.