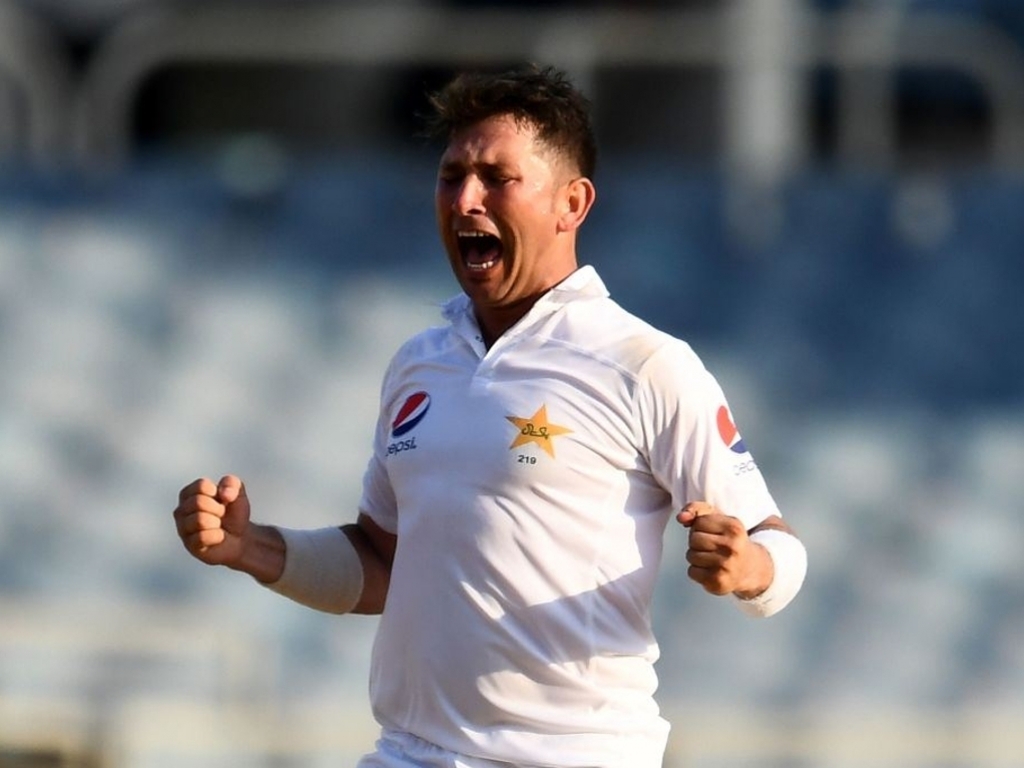 Pakistan’s lethal bowling attack set up an emphatic seven wicket victory over the West Indies at Sabina Park in Jamaica.

Misbah-ul-Haq’s troops knocked off the 32 runs they needed for victory in short order although they did lose both openers in the process.

Vishaul Singh (9) and Devendra Bishoo inched closer to forcing Pakistan to chase a total but the former fell inside the first hour shouldering arms to a delivery angled in from Mohammad Amir only to hear the distinctive death rattle of leather on wood.

A double strike from debutatnt Mohammad Abbas sent nightwatchman Bishoo (18) packing before the seamer trapped Shane Dowrich leg before for a second ball duck, the West Indies were 129 for 7 and Roston Chase and Jason Holder were left as the hosts last hope of posting enough to force a draw or claim an unlikely win.

The pair could only add 22 runs though before Holder (14) nicked off to Wahab Riaz.

Yasir Shah started the day with four wickets in the bag already and returned after a fruitless first spell of the day to wrap up the tail.

Yasir trapped Alzarri Joseph (1) leg before and took just a further three balls to work out Shannon Gabriel (0) with Chase left not out on 16.

Pakistan needed just 32 runs to win and although they lost openers Azhar Ali (1), bowled by Joseph, and Ahmed Shehzad (6), caught behind off the bowling of Gabriel they wouldn’t take long to finish the job after a hearty meal.

Younis Khan (6) was trapped leg before by Bishoo but with just 8 needed to win Pakistan were unlikely to get the jitters with the finish line in sight.

Misbah (12*) and Babar Azam (9*) finished the job though with the skipper smashing two sixes to win the game.