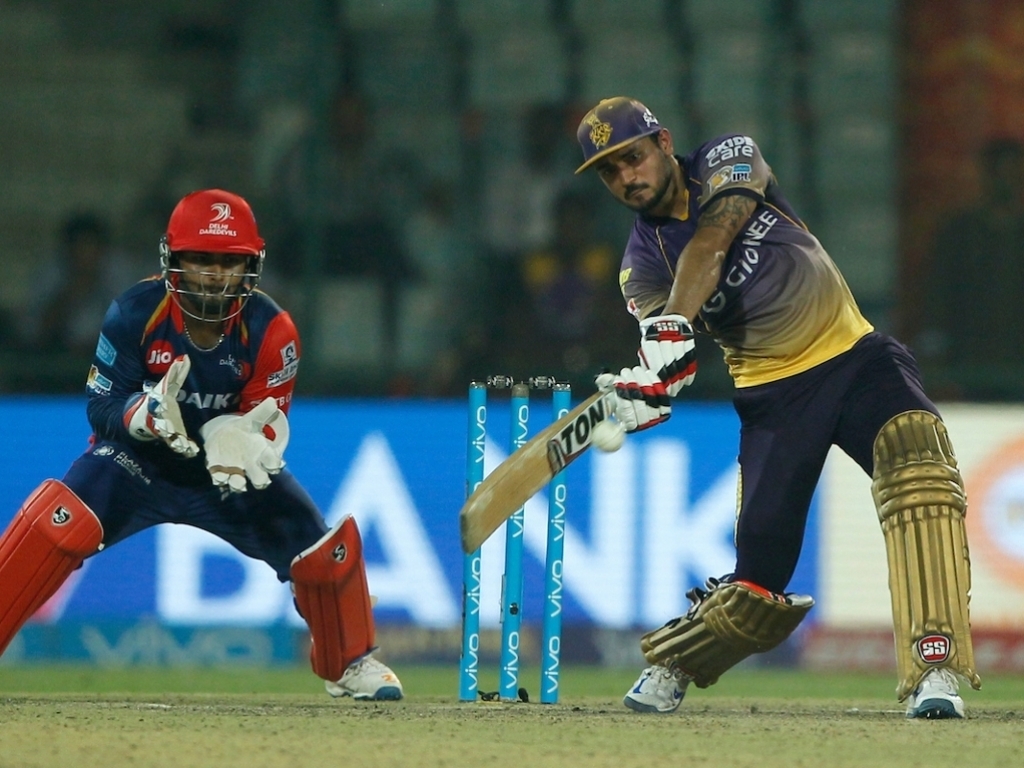 Manish Pandey held his nerve in a tense final over to get the Kolkata Knight Riders over the line against the Delhi Daredevils in an IPL instant classic.

KKR had looked to be cruising to victory until Amit Mishra started the twentieth over with two dot balls the second of which removed Chris Woakes (3) leaving the Kolkata franchise needing 9 off 4 balls.

Earlier the Delhi Daredevils had posted 168 for 7 with Sanju Samson (39) getting the off to a flier clobbering Nathan Coulter-Nile for successive fours off the second and third balls of the match.

Coulter-Nile would recover to be the pick of the KKR bowlers with figures of 3 for 22 in four overs and he should have had more wickets but was denied by two dropped catches and a set of heavy bails as a delivery to Pat Cummins clearly nicked the leg stump.
DD were pulled out of a middle-order spiral by Risabh Pant who smashed 38 off 16 balls in a knock that included four sixes.

Sam Billings (21), Karun Nair (21) and Shreyas Iyer (26) will likely rue getting in but failing to go on to bigger scores.

KKR made an awful start to their chase though to get the Delhi franchise right back in the game.

Zaheer Khan struck either side of a Pant pulling off a blinder of a catch to give Cummins the wicket of Robin Uthappa (4) leaving KKR 21 for 3 in the third over.

But Pandey and Yusuf Pathan (59) played the rebuilding role with aplomb adding 110 runs for the fourth wicket to seemingly set up a simple finish.

Cummins removed Suryakumar Yadav (7) to set up a tense finish but Pandey (69*) would get back on strike courtesy of a single off the bat of Sunil Narine (1*) and blast Mishra over long on for six before dropping and running for two to seal the win.

Kolkata Knight Riders move to the top of the Indian Premier League table with this four wicket win while the Delhi Daredevils stay third.