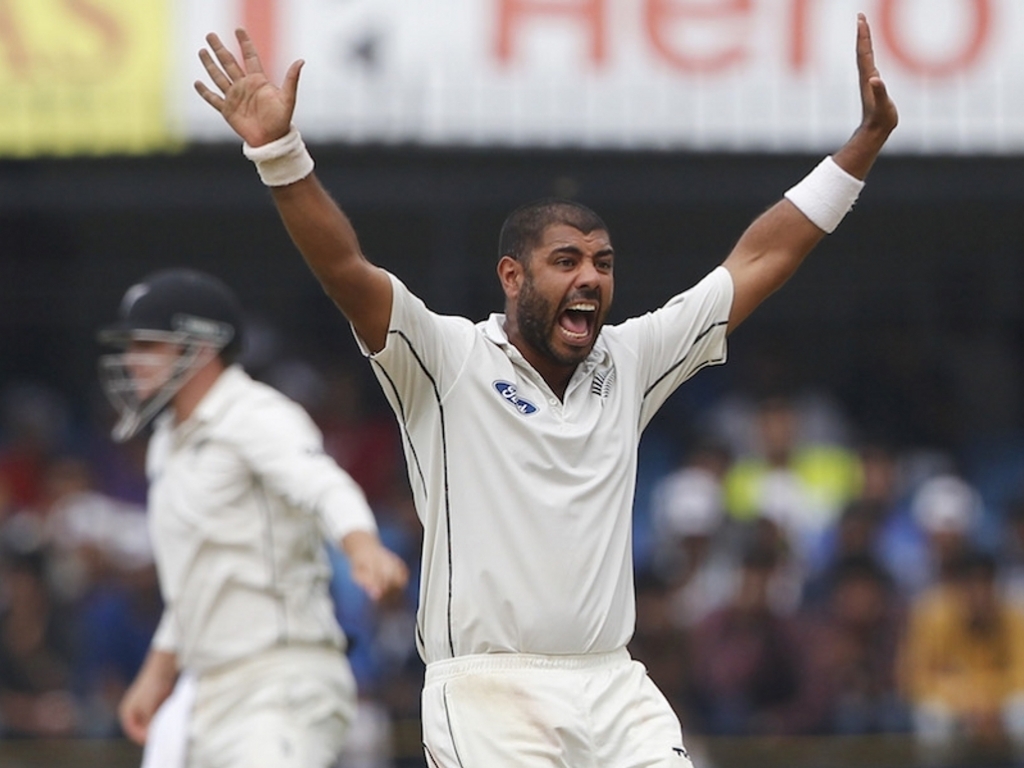 Jeetan Patel has been recalled to the Black Caps Test squad to face South Africa beginning 8 March while Neil Wagner has also been cleared fit to play.

Black Caps selector Gavin Larsen named a squad of 13 for the first of the three match series, which also includes a recall for allrounder Jimmy Neesham.

Matt Henry and Dean Brownlie drop out of the squad and will play in the Plunket Shield Day-Night match beginning next week.

Larsen said Patel’s variety was the primary reason for his inclusion.

“Jeetan brings the ability to spin the ball away from the left-handers, which complements our other spinner in Mitchell Santner nicely,” said Larsen.

“He brings a huge amount of experience to the team and gives us the balance of having two front-line spin options.”

Larsen said Neesham’s form has also warranted his inclusion, while Wagner had been cleared to take part.

“Jimmy has impressed so far this summer and we’ve seen improvement in his game. He gives us another option and is also very familiar with the conditions at University of Otago Oval.

“Having Neil back and available is fantastic news for us. Neil’s been our leading wicket-taker in recent times and is a key player for us.

“He’s worked extremely hard to get himself ready for the series and we expect him to be fit and ready to go come the first Test.”