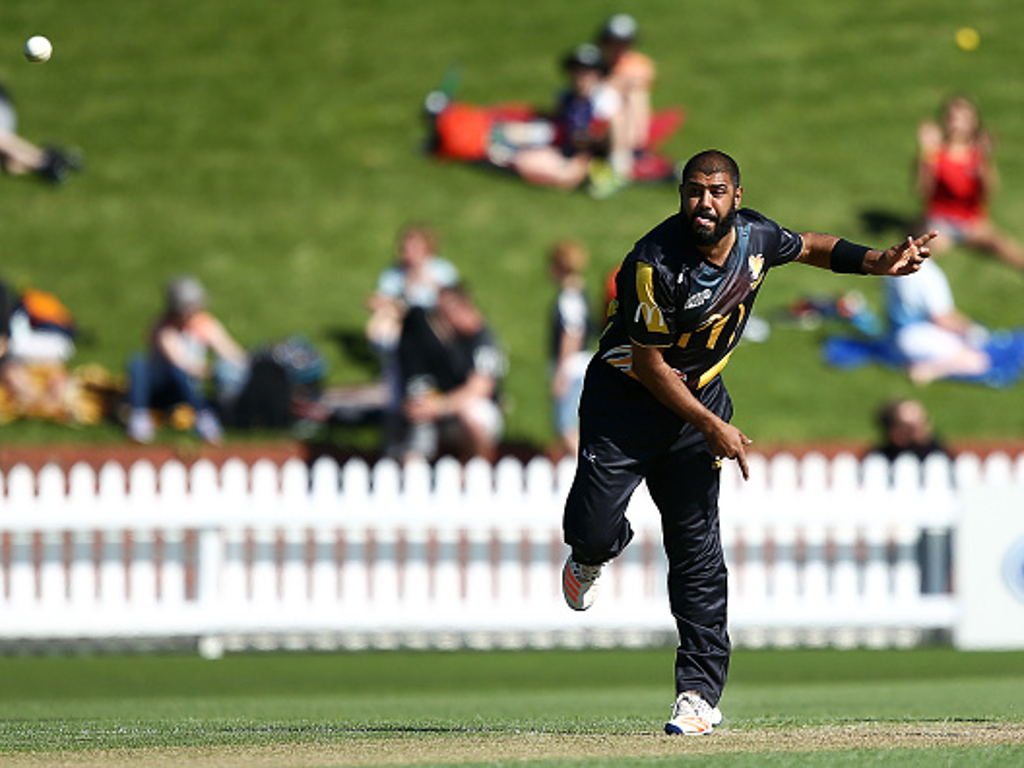 Wellington spinner Jeetan Patel has been called into the Black Caps One Day squad ahead of the final ODI against Bangladesh in Nelson.

Having seen how the Saxton Oval surface played in the second ODI against Bangladesh coach Mike Hesson said it was a horses for courses selection.

Hesson said: “With the slow nature of the Saxton Oval surface and the number of left handers in the Bangladesh line-up, we feel Jeetan will be a good option to have for the final game.

“He’s been bowling very well for the Wellington Firebirds in the McDonald’s Super Smash and will be a welcome addition to the squad.”

The 36-year-old Patel has not played an ODI since 2009 but featured in the Test series against India in India earlier this year.

Patel has played on the Saxton Oval track as recently as December 18 when he turned out for Wellington against Central Districts in a T20 match at the ground.

Patel will join the side in Nelson on Friday.