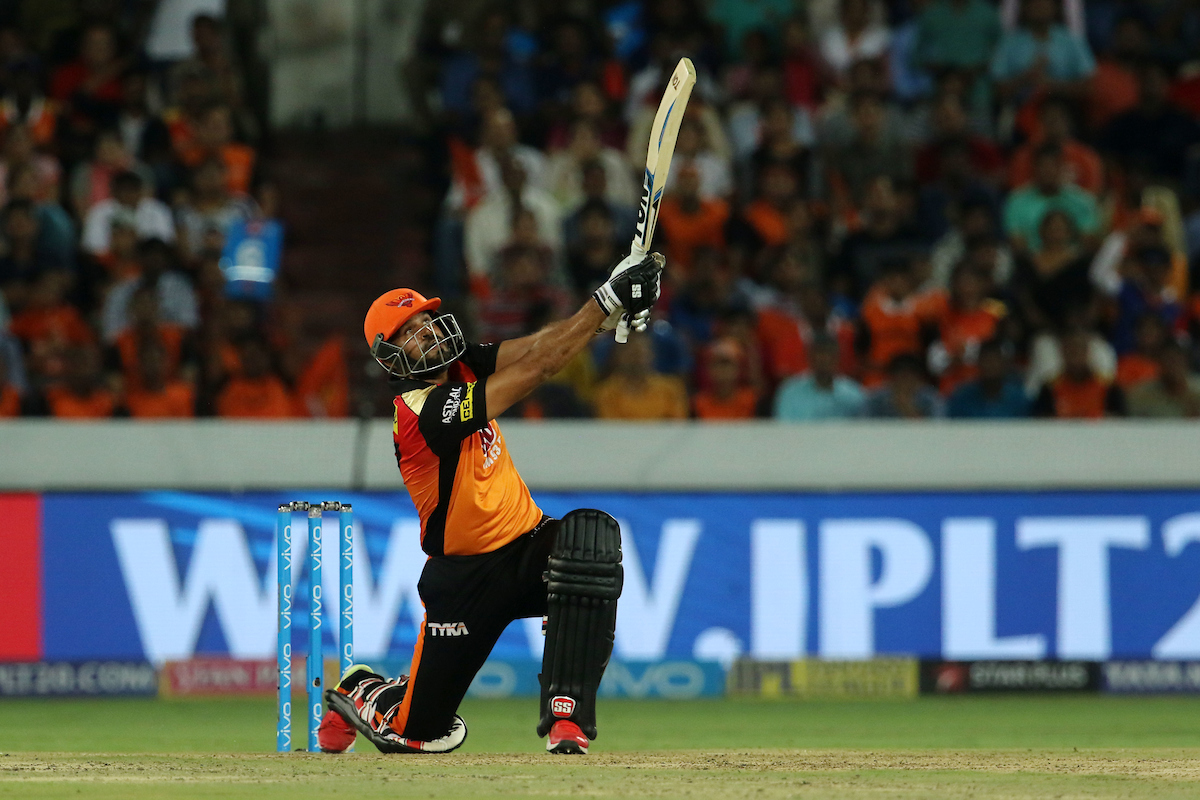 Yusuf Pathan survived an early scare in his innings to help the Sunrisers Hyderabad record a seven wicket win over the Delhi Daredebils with one ball to spare.

Pathan hit 27 off 12 balls to finish the job started by openers Alex Hales (45) and Shikhar Dhawan (33) with the Sunrisers getting up to haul in the target of 164, their highest chase of the season.

The Daredevils total was built around an excellent 65 from Prithvi Shaw that came in just 36 balls but when Rashid Khan accounted for him the Delhi franchise faltered a little.

Shreyas Iyer (44) and Shaw seemed to have the Daredevils on course for a 200 plus target after a freak run out had sent back Glenn Maxwell (2) early.

In the five overs between Shaw’s dismissal and Iyer’s departure just 30 runs were added to the Daredevils total leaving them 125 for five one ball into the 16th over.

A Vijay Shankar (23*) cameo lifted the visitors to a competitive 163 for five.

Rashid’s 2 for 23 made a huge difference to the final total with each of the other bowlers going at greater than 8 runs per over.

In response the Sunrisers were measured in their efforts having had difficulty with the bat in this campaign relying on their bowlers.

Kane Williamson (31*) and Manish Pandey (21) didn’t appear to have the hitting power to get the acceleration required to earn victory but after Pathan was dropped on nought he would power the Sunrisers home.

Pathan survived another scare in the penultimate over when DRS saved him from an incorrect leg before decision with replays showing the ball pitched outside leg.

A six and a four off the second and third balls of Dan Christian’s final over from Pathan allowed Williamson to knock the one run needed to win off the penultimate ball.