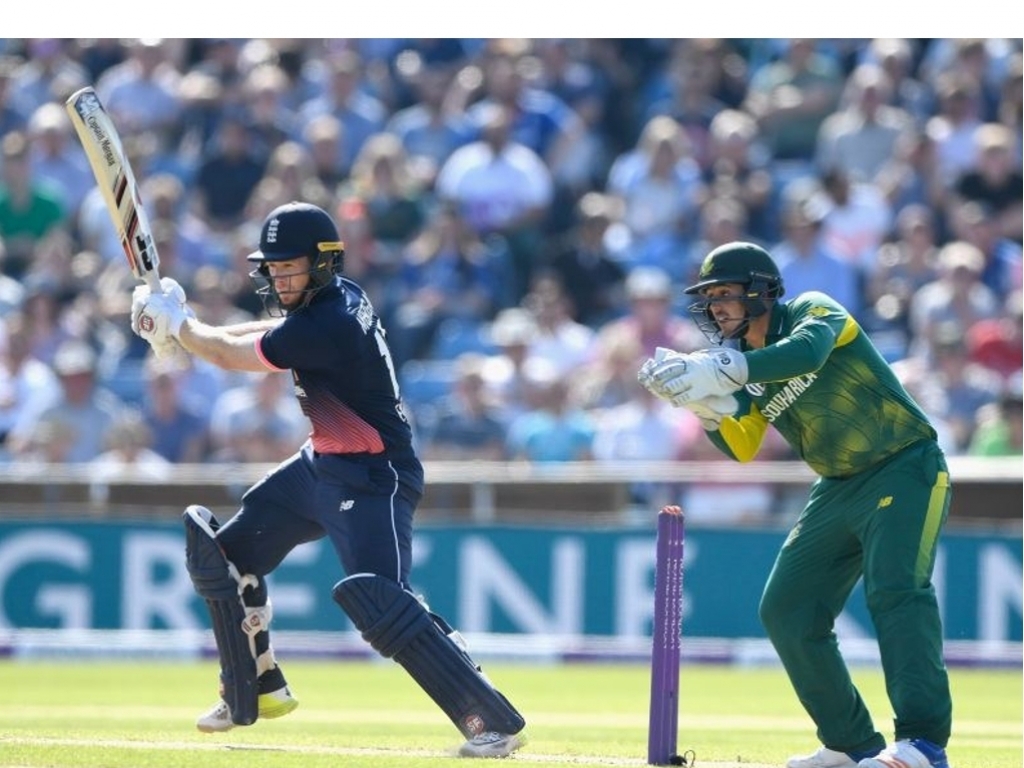 A century from England skipper Eoin Morgan powered the hosts to 339/6 from their fifty overs and a 72 run win over the Proteas at Headingley on Wednesday.

The task was always going to be difficult after England posted a total of 339/6 but the Proteas were ahead on comparative run rate for much of their innings.

Hashim Amla and Faf Du Plessis put on 112 for the second wicket to stabilise the innings after the early loss of Quinton de Kock but thereafter the Proteas could not post decent partnerships with the next best being the 37 for the ninth wicket between Wayne Parnell and Kagiso Rabada.

Many of the batsmen got out to loose shots and this series is clearly what the Proteas need to sharpen their skills for the approaching ICC Champions Trophy.

Parnell, who replaced Dwaine Pretorius in the only change to the team that had played the previous ODI in New Zealand, shared the new ball with Rabada after De Villiers had won the toss, and gave the Proteas just the start they needed by dismissing Jason Roy in his first over.

Alex Hales and Joe Root, however, stabilised the England innings with a second wicket partnership of 98 in 15.5 overs followed by another stand of 68 for the fourth wicket between Morgan and Ben Stokes in 11 overs.

The Proteas nevertheless appeared to be in control as they twice took two wickets in a row. For once Imran Tahir was below his best and did not make his normal strikes in the middle overs. However, the seamers stepped into the breach with Andile Phehlukwayo picking up two of these wickets and Rabada and Chris Morris one each.

The innings was evenly balanced when England were five down for 198 in the 35th over. However, Morgan and Moeen Ali turned the game on its head with a sixth wicket stand of 117 in 13.3 overs. This included an over from Imran that went for 22 including three sixes as he struggled against the left-handed onslaught.

Morgan made his 11th ODI century and his first against South Africa before perishing in the 48th over for 107 (93 balls, 7 fours and 5 sixes) while Ali went on to finish on 77 with 5 fours and 5 sixes. After a slow start he faced only 51 balls and put the seal on his innings by hitting the last ball of the innings from Morris into the crowd at square leg.

England scored 102 in the last 10 overs for the loss of only one wicket which left the Proteas with a bit of thinking to do about their death bowling.

Morris and Andile Phehlukwayo took two wickets each and were also the most economical of the six bowlers employed.

To beat England’s total of 339 the Proteas needed to make their highest winning score when batting second and to match the eighth highest of all time. The Proteas had previously made 372 in beating Australia last season as well as their famous 438, also against Australia.