Philander in doubt for series finale 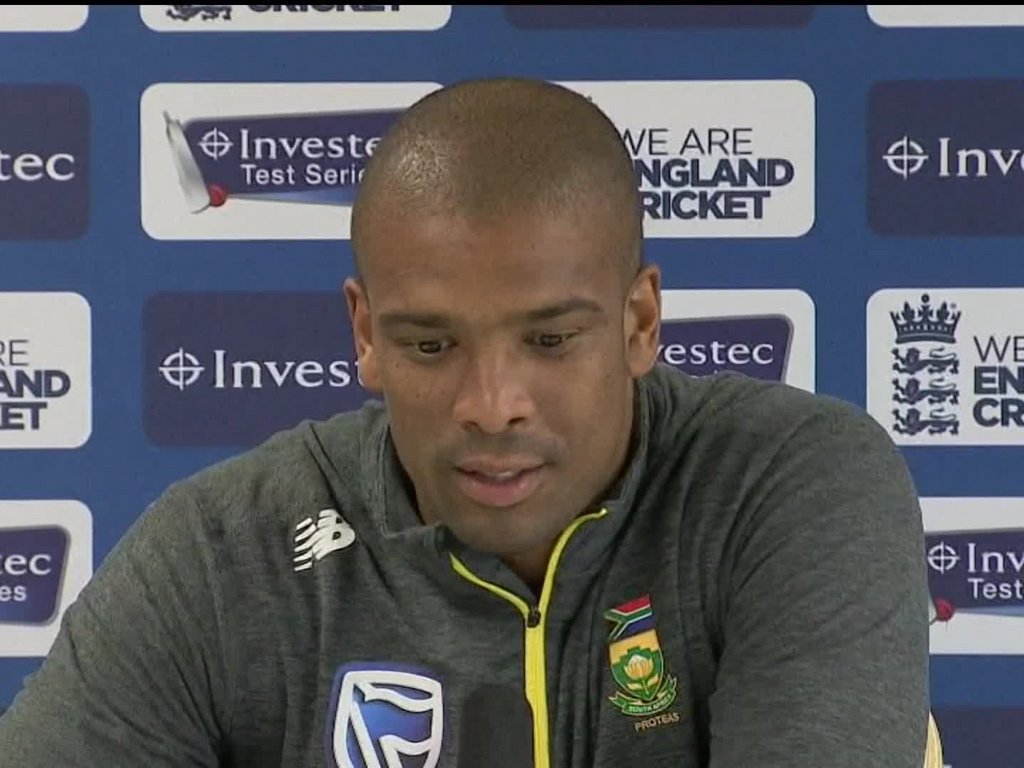 South Africa swing bowler Vernon Philander has been left in doubt for the fourth and final Test against England after suffering a back spasm.

Philander was admitted to hospital during the third Test at the Oval after a virus left him extremely dehydrated.

He played only a limited part in South Africa’s defeat and his absence told with the bowlers misfiring.

His fitness has left skipper Faf du Plessis unsure about the balance of the team.

Speaking at his pre-match press conference Du Plessis said: “Vernon at 100% fit means we can look at playing three seamers and play seven batters. Vernon at 90% doesn’t mean you can play three seamers because you don’t want to be in a position where you have a seamer break down and then you only have two bowlers, because that is basically the Test match over right there.

“The one occasion where we managed to pull a miracle off was in Australia with two seamers, but normally you can’t win a Test match with two bowlers. If he is not 100% fit, it’s important to look at having four seamers.”

Du Plessis is eager to play a big part himself after a disappointing Test at the Oval where he managed just 1 run in two innings.

He added: “I’m extremely hungry to make a play for the team in what is a big Test match.

“England are a very good team at home, and to draw a series against them at home would be a hugely important thing for us.”

The skipper is eager to maintain the Proteas excellent away form. South Africa have lost just one of the last 19 series on their travels.

He went on to say: “We’ve got a proud record away from home, something that I believe is not spoken enough about.”