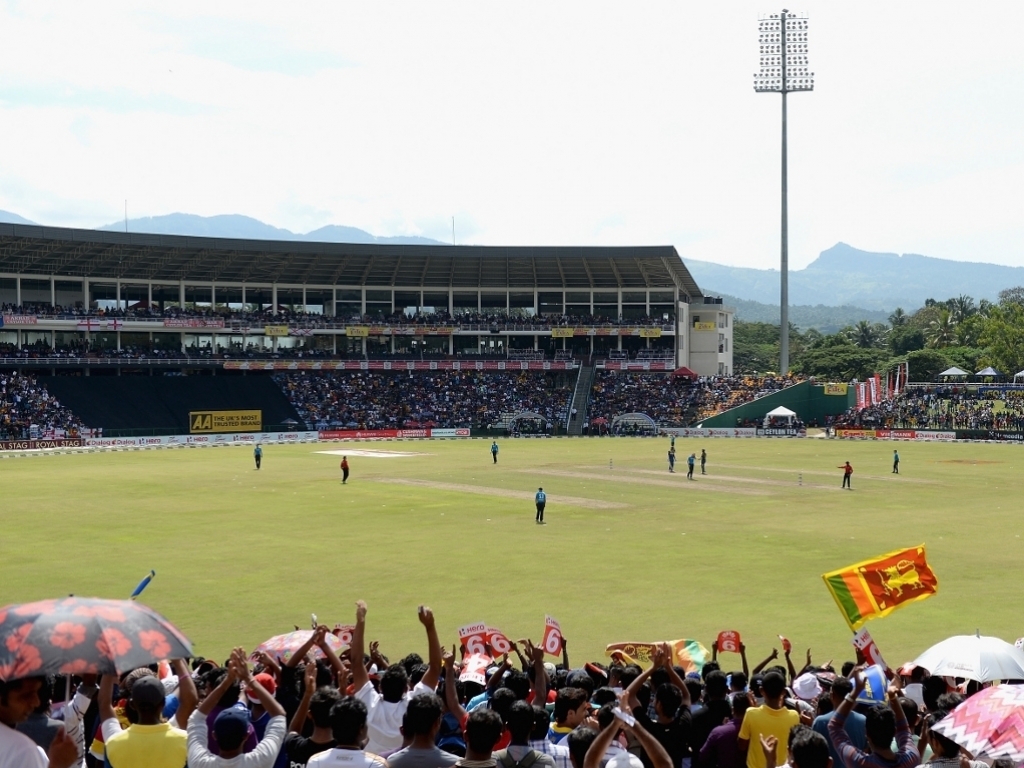 Originally billed as the ‘Centurion of the East’, the title does neither ground justice in truth. While the comparison came about due to the fact that both grounds have low grass banks making up two sides of the stadium – giving them an open, friendly feel – the settings are completely different.

Pallekele is surrounded by lush rolling hills which make for a picturesque background, and is a scenic 11 kilometre drive from Kandy in Sri Lanka’s Hill Country.

One of two grounds that was built from scratch for the 2011 World Cup, it has been unofficially renamed the Muttiah Muralitharan International Cricket Stadium in honour of the former Sri Lanka offspinner.

Pallekele hosted its first Test in December 2010, when persistent rain allowed Sri Lanka and the West Indies just 103.3 overs in total over the five days.

Sri Lanka recovered from being bowled out for just 117 in their first innings having won the toss and elected to bat, beating Australia by 106 runs in the end.

Mitchell Starc tore into the Sri Lanka top-order with some of the best fast bowling Asia has ever seen.

Kusal Mendis played the knock that established his Test career, a fighting 176 that powered Sri Lanka from a 89 run first innings deficit to a position of strength setting Australia a target of 268 to win.

Australia were bowled out for 161 and badly exposed by the Sri Lankan spinners, this Test set the tone for a series that saw the hosts whitewash the Baggy Green.

Angelo Mathews is the leading run scorer here with 228 runs across eight innings. He’s the only batsman to have played in all five previous Tests here.

Bowling-wise with Rangana Herath resting Lakshan Sandakan’s haul of seven wickets against Australia makes him the leading wicket-taker in the Sri Lanka squad.

India will be playing their first Test at the venue.

Australia captain Steve Smith said ahead of the first Test: ” The ball generally does something quite regularly in the game, whether it’s reverse swing or spin. It’s a great challenge to try and bat for long periods and get big scores.”

Australia opener David Warner outlined the plan Australia failed to execute: “You’ve got to be patient enough. You’ve got to rotate the strike. Your patience comes with hitting your four-balls, your boundary balls. They’re the ones you’ve got to really wait on.”

There is a fair amount of rain said to be heading Pallekele’s way during the Test, hopefully it won’t be too disruptive.

The cloudy conditions should help the fast bowlers, and also slow down the deterioration of the deck.

India will be confident of seeing off the challenge posed by Sri Lankan seamers but how they play Sandakan could be key.