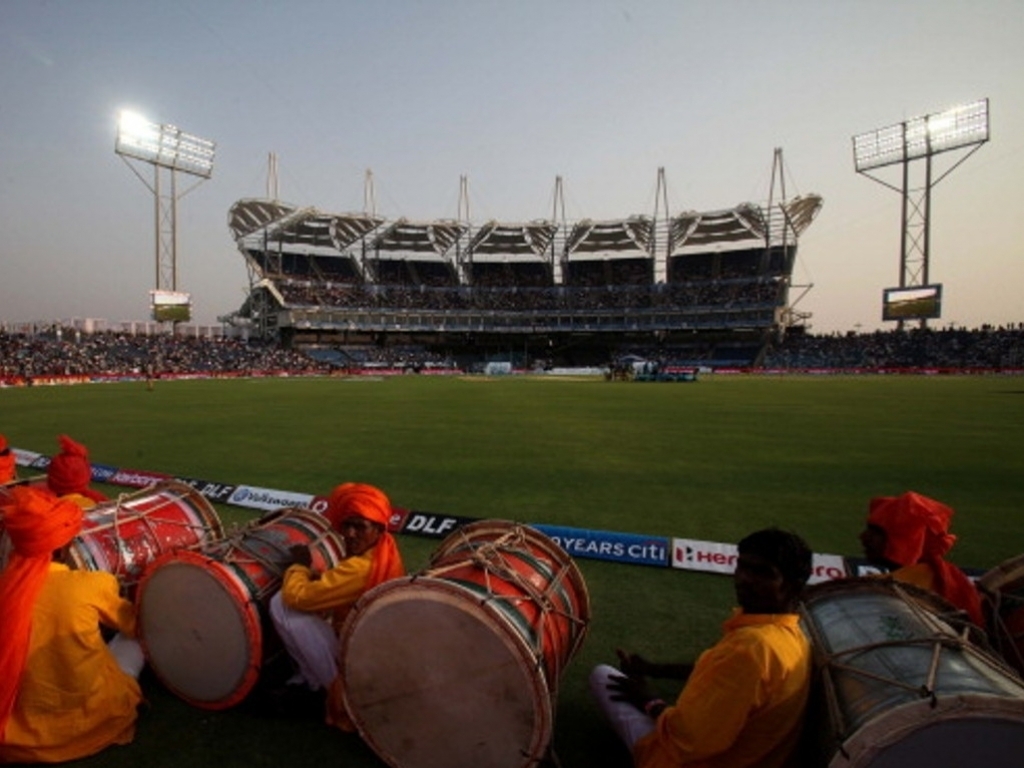 The Maharashtra Cricket Association recognized the need for a new large modern stadium after the first decade of the 21st century.

The need arose out of a dispute with the Pune Municipal Corporation over ticket allocations at the Nehru stadium, the conflict cost the MCA the right to host an international match against Sri Lanka.

The construction of the stadium took longer than expected preventing the ground from hosting any World Cup matches in 2011 as originally intended.

The Test against Australia will be the first at Pune and should prove to be a popular event.

The stadium and the seating arrangement have been designed in such a way that an unobstructed view is assured from each location.

The most important feature of this stadium is the rainwater drainage system. Often, matches are abandoned due to heavy downpours. To overcome this problem, MCA opted for sand-based outfield developed departmentally with technical assistance from STRI Limited, UK. Due to this technology, even during heavy showers, water on the outfield drains out fast making it ready for play again just in few minutes.

This will be the very first Test played at the venue

Australia skipper Steve Smith said after catching sight of the pitch: “I haven’t really seen a wicket like that before a Test match, so I think it is going to take a lot of spin and potentially some up-and-down movement for the fast bowlers as well.

“It looks a bit different to the T20 wickets we have played on here, where the ball generally goes through, they are really nice wickets.

“Yesterday it looked pretty dry, quite sort of crusty.

“I think it will take spin from ball one.

“There are a couple of divots out of the wicket as well.”

As we said earlier no Tests have been played here but Virat Kohli has scored a hundred and a fifty in two ODIs at the venue.

Smith played for the IPL team Rising Pune Supergiants who played at this venue and was been appointed their captain for 2017.

Blistering heat for all five days, with zero rain expected, the already dry pitch will be baked by day five.

Australia’s only hope of getting anything out of this Test will be to win the toss and bat first and even then it will be tough.

India will likely also bat first should they win the toss given that batting last on this surface could prove tricky.