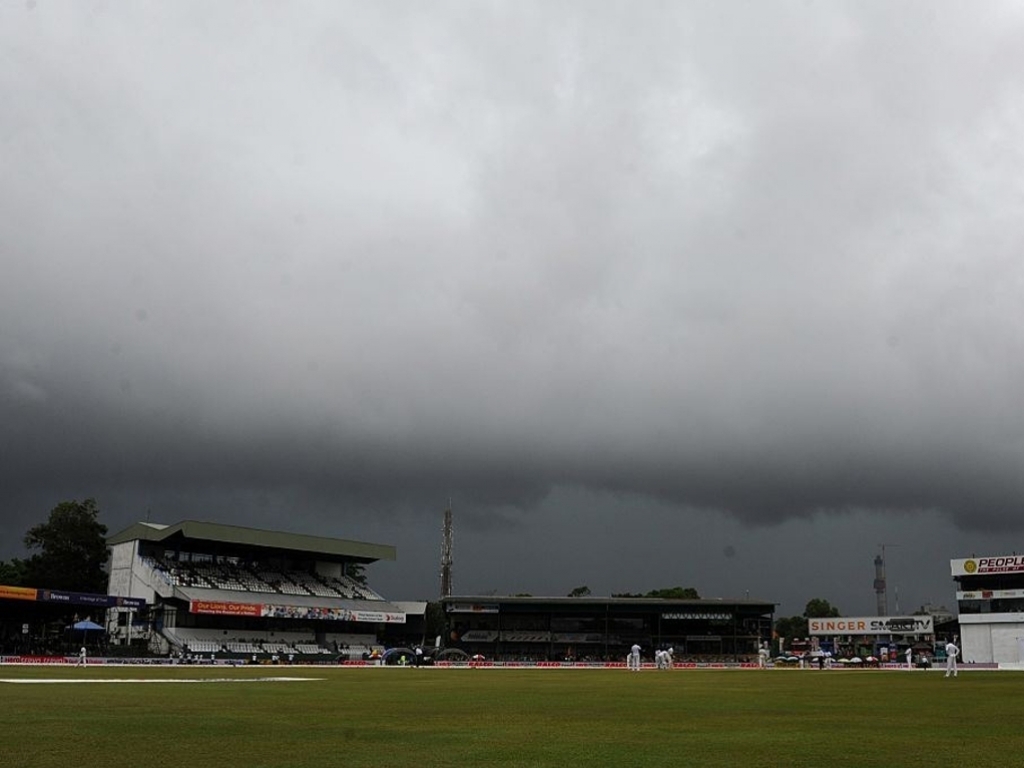 The Sinhalese Sports Club Ground, although overhauled by the R Premadasa Stadium as Colombo’s main cricket venue, remains the headquarters of Sri Lanka Cricket – and was formerly known as Maitland Place.

The ground still features many of the original grass banks for spectators, but the giant scoreboard and sightscreens are the most striking sights around the oval.

The venue has been owned by the SSC since 1952 – and was used as an Allied air base during the Second World War. The latest addition is the large media centre that dominates one end of the ground.

Sri Lanka completed a series whitewash over Australia in what was the most even contest of a Test series dominated by the hosts.

Hundreds from Dinesh Chandimal and Dhananjaya de Silva rescued Sri Lanka from a poor start with Mitchell Starc and Nathan Lyon striking early to leave them 26 for 5 but they would post 355 all out.

Australia’s first innings was dominated by a big partnership between Shaun Marsh (130) and Steve Smith (119) but after their departure the tourists crumbled in a heap not before they scraped to a first innings lead of 24 with Rangana Herath claiming 6 for 81.

A Kaushal Silva hundred powered Sri Lanka to 347/8 declared and in reply Australia were 160 all out with Herath cleaning up with a return of 7 for 64.

The last time India visisted batsman Cheteshwar Pujara said : “Facing the new ball was challenging, it was an opportunity as well. My preparation was good, and my experience in International cricket has helped.”

Australia captain Steve Smith said ahead of the Test last year: “I think looking at the wicket it is going to be another tough one to bat on. It looks like it is going to be pretty dry again, and take a fair bit of spin, so if you can bat for a day, I dare say you will put yourself in a reasonable position.”

Bowling-wise, spinner Herath is streets ahead of his team-mates, with 73 wickets in 12 Tests at an average of 25.43.

Pujara has the best record of any current India batsman at the venue having scored 145 not out and a duck here in 2015.

Ravichandran Ashwin claimed four wickets at the Sinhalese Sport’s club back in 2015 making him the leading India wicket-taker at Colombo’s number two ground amongst the current squad.

The weather is expected to be warm with showers possible on all five days of the Test but then that is normal for this time of year.

Batting first seems to be the best course of action here, as bowling first in recent years hasn’t provided a positive result. The pacemen will want to do well on the first two days, because spin will dominate after that.

It’s a slow, even track, and a batsman with a modicum of common sense can do well, even if it’s at plodding pace. India could pile on the pain for Sri Lanka if they bat first with their batting power.