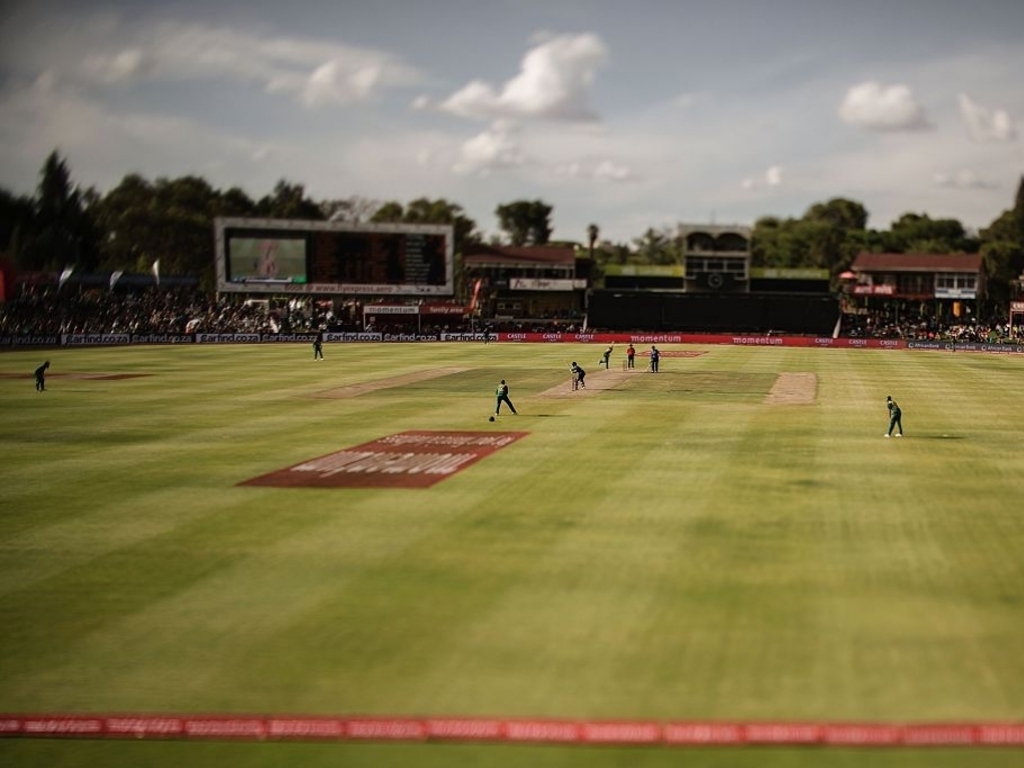 The ground hosted its first one-day international in December 1992 when South Africa cruised to an eight-wicket victory over India.

In October 1999 it was accorded full Test status with the visit of Zimbabwe.

One of the greatest first class innings ever played occurred early in 1994 when the former South Africa captain Hansie Cronje smashed 251 with 28 fours and six sixes against the touring Australians for Free State.

The ground played its part in South African Test history when, fittingly, Allan Donald who, as Free State cricketer played for many years here became the first South African to capture 300 test wickets during the first Test against New Zealand in November 2000.

2003 saw Feiko Kloppenburg and the unbeaten Klaas-Jan van Noortwijk of The Netherlands scoring centuries in the same match as Netherlands posted their only win in 2003 Cricket World Cup against Namibia.

This was the same stadium were Colin Ingram scored his maiden ODI century in his first international match. He subsequently became the first South African to score a century on ODI debut.

The Mangaung Oval boasts some of the best lights in the country and is regularly used for day/night matches, when the grassy banks become colourfully filled with spectators and a carnival atmosphere prevails. It is just 10 minutes walk from the city centre, with Bloemfontein coach station adjacent to the ground.

A naming rights arrangement saw the ground renamed Goodyear Park due to sponsorship by the Goodyear Tire and Rubber Company until the 2007/08 season when it was renamed the OUTsurance Oval. Now, it was renamed again as Mangaung Oval.

The last time Test cricket graced Bloemfontein was in 2008 for the visit of Bangladesh who received an almighty thumping from the Proteas.

Graeme Smith and Hashim Amla tonned up as the hosts posted 441 all out with Shakib-al-Hasan returning a workmanlike 5 for 130 from 38 overs.

Bangladesh were torn apart by the four-prong pace attack of Dale Steyn, Morne Morkel, Makhaya Ntini and Jacques Kallis. Only Mushfiqur Rahim (48) made more than thirty as they were shot out for 153.

Smith enforced the follow on and South Africa knocked Bangladesh over for 159 with Steyn taking 5/63 in the demolition.

South Africa won by an innings and 129 runs.

Speaking to reporters in a press conference ahead of the Test, Knights and Proteas seamer Duanne Olivier said:  “I saw a few pictures. I think on day one it will be a bit slow but then there’ll be some bounce and it will quicken up towards day three and four.

“Two weeks ago the wicket was quite flat and there wasn’t much assistance, but it will be different.”

Amla’s 112 in Blomefontein in 2008 makes him the leading runscorer at this venue out of the current squad of Proteas Test players.

The injuries to Dale Steyn and Morne Morkel deprived the Proteas of the only two bowlers currently playing who have Test experience at the venue.

Mushfiqur Rahim managed 48 and 0 on his last visit but ranks as the Tigers best batsman at the venue.

Shakib’s decision to not play Test cricket for six months leaves Bangladesh without any bowlers in the squad who featured in 2008.

The chief risk to play on the first four days will come from scattered thunderstorms with showers predicted for day five Tuesday 10 October.

Proteas skipper Faf du Plessis promised to be on the groundsman’s case about providing some assistance for his seamers after South Africa and Bangladesh were met with a placid wicket in Potchefstroom.

The pitch is expected to be a little sluggish on day one but it should quicken up as the Test wears on.

Mushfiqur copped a lot of criticism for his decision to bowl first at Senwes Park so it will be interesting to see if he makes an accurate reading of the surface.

Du Plessis will likely bat first if he wins the toss.