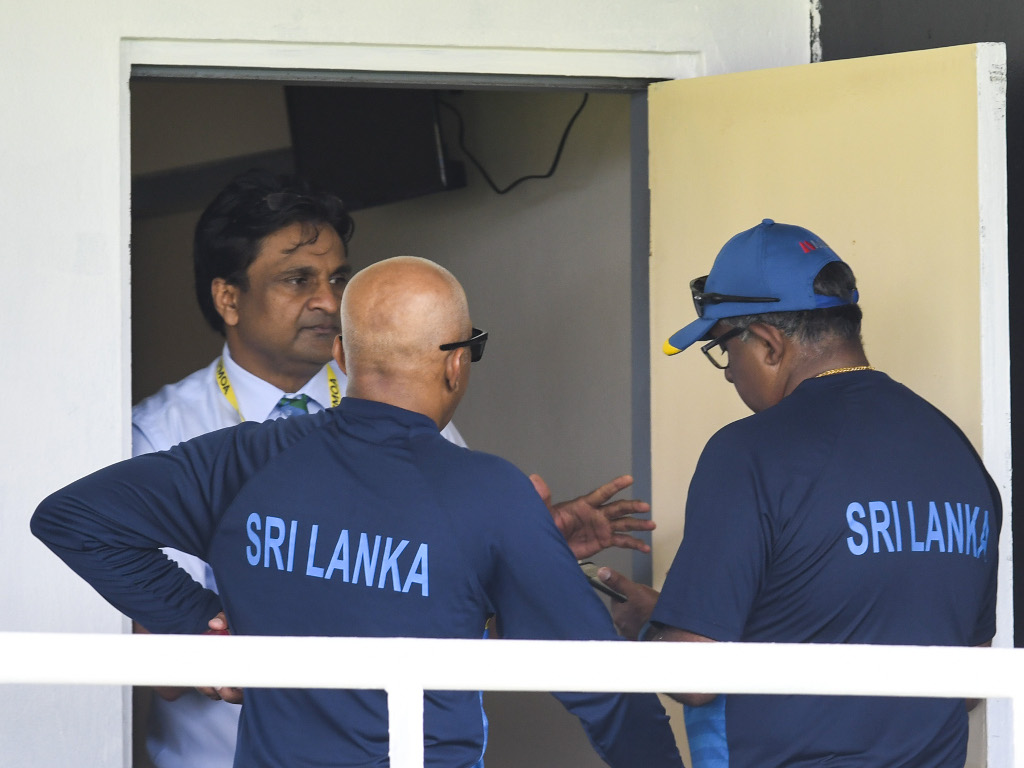 The start of play on day three in St Lucia has been delayed by over an hour with Sri Lanka refusing to take the field to face the West Indies at the scheduled start time of 9.30am.

No official stement on the reason behind the delay has been made, but it has been alleged that Sri Lanka have raised objection to the decision of umpires Ian Gould and Aleem Dar to change the ball overnight.

At stumps on day two the West Indies were 118 for 2 in reply to Sri Lanka’s first-innings score of 253 all out.

Saturday’s play was due to start half-an-hour early to make up for rain delays which marred day two, but even as the two umpires made their way out to the middle, the Sri Lanka players remained encamped in their dressing room.

The historical precedence of such an instance of a team refusing to take the field after a ball-change came at The Oval in 2006, when Pakistan did not take the field after tea on day four, after umpire Darrell Hair changed the ball and awarded five penalty runs to England. Pakistan eventually forfeited the Test.

Animated discussions around the boundary edge continued for some time after play had been scheduled to start.

Five penalty runs had been added to the West Indies score before play started but it is understood that Sri Lanka will contest a charge of ball tampering.