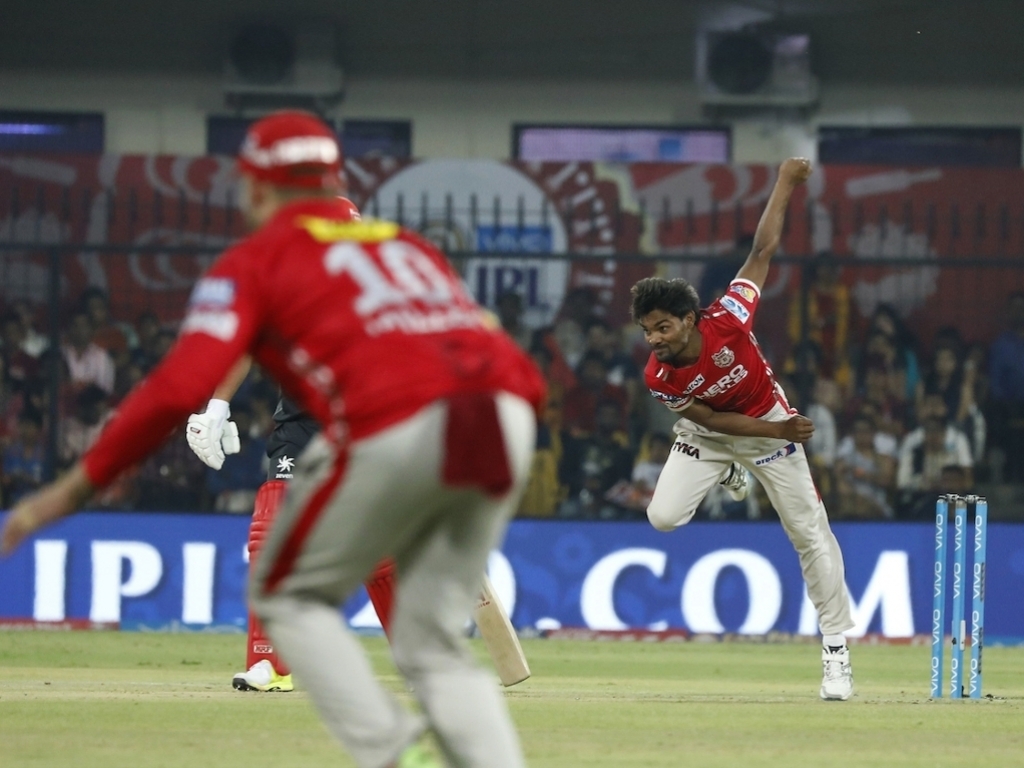 Kings XI Punjab swing bowler Sandeep Sharma feels that the plans he and coach Virender Sehwag have come up with for the powerplay are working well so far in IPL 10.

The Kings XI are one of only two teams, the other being the Sunrisers Hyderabad, to avoid defeat in the opening exchanges of the IPL and haven’t allowed their opponents to get off to flying starts.

Sandeep is unperturbed about being hit to the boundary in the death overs, something which bowlers simply have to come to terms with in the IPL with pitches geared towards entertainment.

The seamer told iplt20.com: “I am backing my strength which is to swing the ball.

“I have discussed and worked with Virender Sehwag regarding field placements. He has helped me and talked to me about what the placements should be with the new ball, since only two fielders are allowed outside the circle, and how to use them effectively. I am doing that, and so far it has been working well.

“I had spoken about my plans in the team meeting as well as with Viru paaji. The thing is most batsmen struggle against swing; so he told me to back my strength which is swinging the ball.”

Sandeep reveals the team bowled to a plan for RCB’s opener Shane Watson in their recent victory over the star-studded tournament favourites and revealed that he had the full backing of team management.

He went on: “I was to bowl my heart out and not think about getting hit.

“Also, I was told never to think about losing my place in the side or being asked to sit out [if I went for runs]. Viru paaji backs [his players] a lot.

“We had our plans. Watson doesn’t play too well against left-arm spinners; so [Glenn] Maxwell thought that we could give the first over to Axar and it was good that he got us the wicket.”

Sandeep conceded just 7 runs in his first three overs before his final over went for 19 with AB de Villiers plundering 18 of those runs but the man twice capped for India at T20I level isn’t too fazed by that.

He would add: “I am not too worried about the death overs; even today the way I bowled, I was executing what I was thinking and planning.

“AB de Villiers is one of the best batsmen in the world and he even hit some of my good balls. It’s okay. I am executing what I am thinking about. On a different day, against a different batsman, things might be different.

“We had made our plans for him. We tried to execute our plans, but he scored against us. He is one of my favourite batsmen, so I am happy for him also.”

The Kings XI are seen as being light on bowlers by critics with Black Caps seamer Matt Henry the only frontline bowler among the overseas players and Ishant Sharma the only Indian player to have established himself on the international stage so the form and fitness of Sandeep is critical to their hopes of a playoff berth.