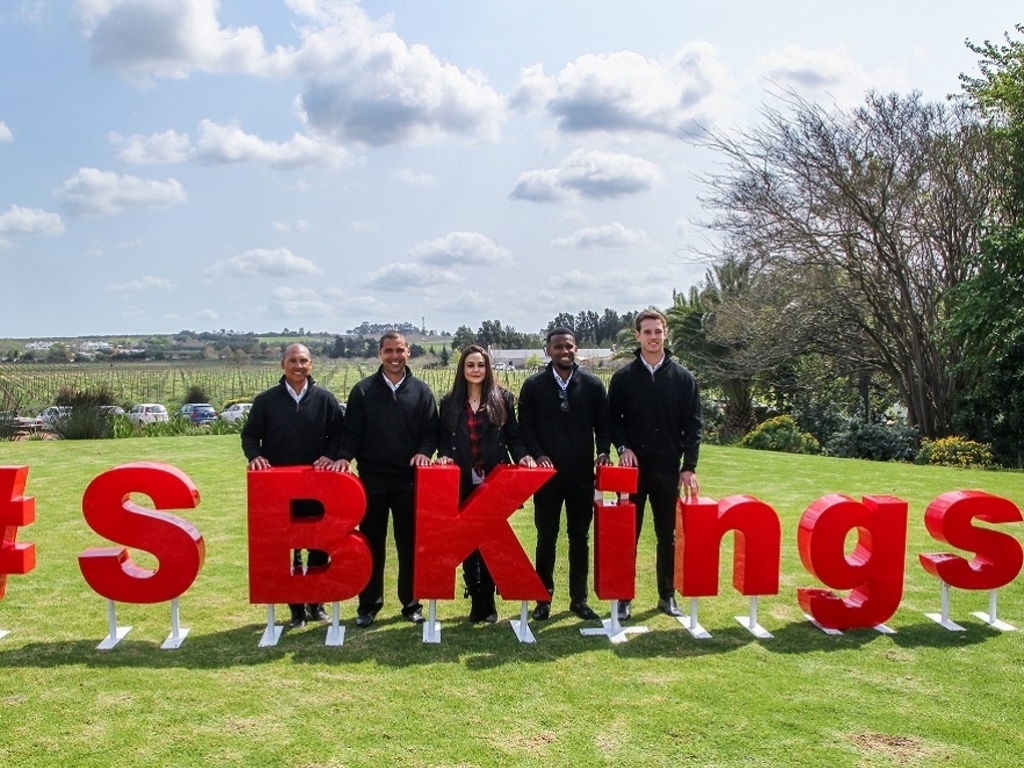 Following the recent announcement of the new T20 Global League Stellenbosch franchise owner Preity Zinta revealed the team’s new name and logo at a luncheon in the heart of the Cape Winelands, at the prestigious Val de Vie Estate.

As the only female owner in the T20 Global League, Zinta is clear about putting her own stamp on the brand. “The shield signifies strength and power, the colour red shows passion, and the lion represents the South African fighting spirit,” said Zinta, speaking from the reveal.

“This message is for all the women out there – I hope every South African woman supports the Stellenbosch Kings, no matter what part of the country they live in. Girl power!” she emphasised.

Drakenstein Municipality Councillor Rean Smuts showed his firm support for Zinta’s ownership. “The City of Drakenstein is proud to be a host city for the T20 Global League and offer you our full support. This is an amazing opportunity for the region, as well as our country, to be part of a world-class cricket league. It is the perfect opportunity to show the world what we have to offer in terms of tourism.”

“Preity is analytical, knowledgeable and experienced being a co-owner in the IPL. She knows what she wants and has the vision to make it all happen, including the financial planning and brand building that goes with owning a team,” said Haroon Lorgat, Chief Executive of Cricket South Africa (CSA).

Having recognised the need for Boland Park’s refurbishment, CSA has already invested R32-million to improve the stadium facilities ahead of the tournament kick off on Friday, 3 November.

“We thank the Drakenstein Municipality for also contributing significantly to the stadium upgrades in order to provide world-class facilities. As the only ICC accredited stadium in the region, we look forward to hosting the Stellenbosch Kings as well as fans from all over the world at Boland Park.”

“With all eight owners in place it’s now full steam ahead to the League’s kick off in November. The competition has created excitement and is eagerly awaiting the best cricketers competing for the first T20 Global League title,” concluded Lorgat.

The Stellenbosch Kings play their first home game on Saturday, 4 November at Boland Park, Paarl at 2.30pm (local time) against the Jo’burg Giants.

Ticketing details for the competition will be announced soon.

Join in the T20 Global League conversation by using the hashtag #T20GL. Follow all the updates via our social pages: