Home Top Story The Press Tent: The Blow me edition

The Press Tent: The Blow me edition 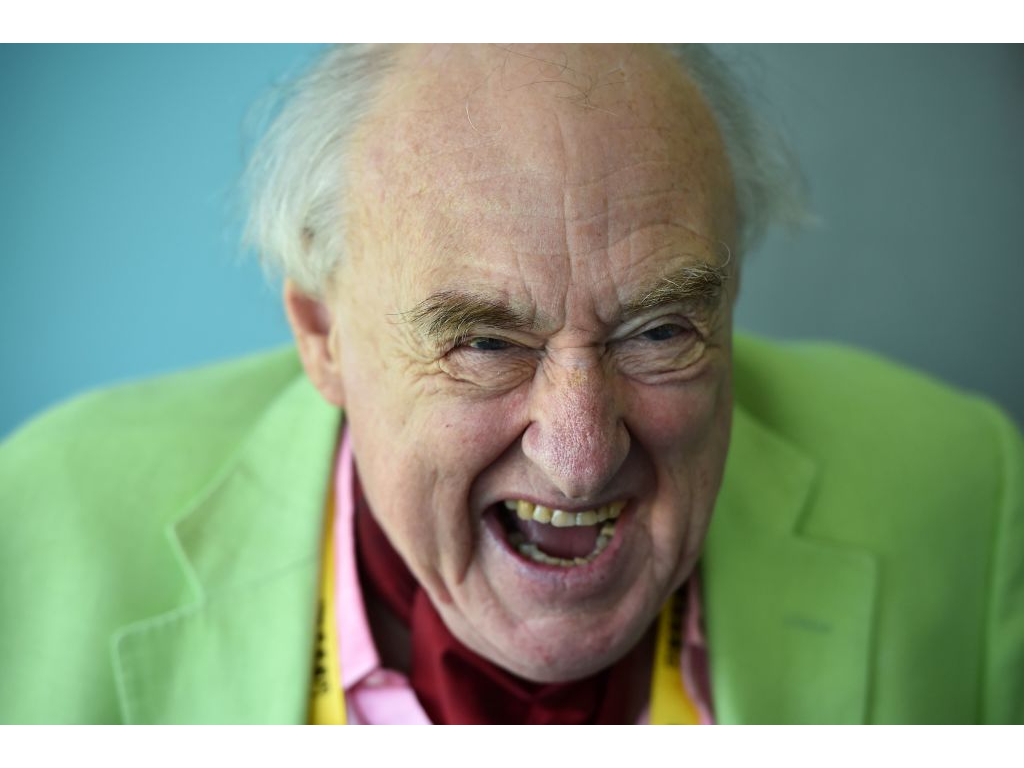 Welcome to the bi-weekly dose of vitriol that we call the Press Tent buckle up, my dear old things.

When the whistle Blowers

A momentous occasion at Lord’s this week as England made it two series wins out of two under Joe Root, Ben Stokes turned in yet another startling all-round display on his inexorable route to all-time greatness, and James Anderson became only the sixth man ever to take 500 Test wickets, helping himself to a career-best 7-42 along the way.

So it was no surprise to see a lap of honour at the end of the game… for a professional cricket commentator who still thinks England’s 44-Test spinner is Moin Khan.

Fairwell to a @bbctms legend – The one and only @blowersh signs off from his final radio commentary broadcast pic.twitter.com/zAqYeyH9QC

Yes, it’s farewell to the bafflingly popular Henry Blofeld, with his carefully prepared terrible clothes and his carefully prepared terrible commentary. Sometimes we wonder whether he does know exactly who the fielders are, and does know exactly what the score is, but realises eccentric English incompetence is a key part of the Blofeld Brand. He is in every way cricket’s Boris Johnson.

I suppose we should at least be grateful that Blowers decided, unlike Bo-Jo, not to use the accidental advantages of his birth for evil. On balance, wrecking the entire country for the bantz is probably worse than making a few thousand car-trapped cricket fans wail “YES, BUT WHAT’S THE SCORE?”

Watching Blofeld march triumphally around Lord’s to near universal acclaim (although admittedly a Saturday Lord’s Test crowd is in itself a pretty self-selecting slice of cricketing fandom) made the Press Tent feel more outside cricket than at any time since the halcyon days of the Kevin Pietersen Incident.

It was about as far from “after Trevor Bailey, it will be Christopher Martin-Jenkins” as it’s possible to be.

The fact it came so soon after the genuinely monumental achievements of Anderson made it jar further.

Look, Press Tent is a snide and cynical old sod. Grumpy, even, at our worse moments. But we do, really, understand why Blofeld was so popular. He had charm, he was entertaining, he was amusing. But he was not a great commentator.

Great commentators may have those attributes, but they also have the ability to commentate on the game, to bring it to life for those who can’t see it or enhance the understanding and enjoyment for those who can.

There are, to our mind, a few reasons for Blowers’ enduring popularity. The first, as covered above, is what could be called the Bo-Jo Factor. The English are suckers for a posh chap. Blowers had perfected the endearingly clueless toff schtick while Boris was still trashing restaurants with his Bullingdon pals.

But there’s something else. In England, TMS is an absolute institution. And with good reason. For everything else that has changed in English cricket over the last half-a-century, it is the one constant. Still there. And, while there has been a welcome (and overdue) shift towards newer, younger voices in recent years under Adam Mountford’s tenure, the jaunty tone and the cakes and the public-school hijinks tone of the thing remains in place.

When John Cleese refused the honour of making an appearance on the show, a genuinely baffled Jonathan Agnew was knocked sideways: “Thought he liked cricket,” tweeted a hurt, offended Aggers as his brain tried and failed to reconcile the concept of liking cricket but not TMS.

Wow! Spectacularly put away by @JohnCleese when I asked if would like to guest on TMS. Thought he liked cricket. My mistake.

The theory the Press Tent subscribes to is this: “All cricket fans are TMS fans” is far, far, far further from the truth than “Not all TMS fans are cricket fans”. Our own anecdotal evidence comes from childhood, when Mother Press Tent would complain endlessly about cricket being on the telly again, yet would happily sit chuckling along to TMS for hour after hour on long summer drives. Blofeld was perfect for her and others like her. If you didn’t actually care what was happening in the cricket, it’s hard to imagine a more perfect cricket commentator.

As Liew carefully and repeatedly points out, his column is barely even about Blofeld, but rather the still-thriving, still-unfair class system that propelled him into our lives at the overwhelmingly likely expense of more gifted but less fortunate individuals for whom the doors that swung open every step of the way for Blofeld would remain locked shut.

It was a brave column to write, especially in the Daily Telegraph, and the response was near universal: a seemingly neverending stream of white men telling Liew that he was wrong about white privilege.

Still, when disgraced former journalist turned empty shell of a (white) man Piers Morgan emerges from the fetid tangerine anus of number 45 for just long enough to call you a “petty little pipsqueak” in the middle of his latest round of telling women to shut up, you can be confident you’ve done something right.

We also enjoyed that even a large number of those who got the column and agreed with its central thrust that journalism and other professions should be open to all based on talent rather than a select few based on wealth were nevertheless unhappy about having to pay to read it behind the Telegraph’s Premium paywall.

Virat Kohli has announced his masterplan that will lead India to inevitable glory at the 2019 World Cup.

“We want eleven guys who can bat at any stage and bowl and chip in with overs at any stage.” 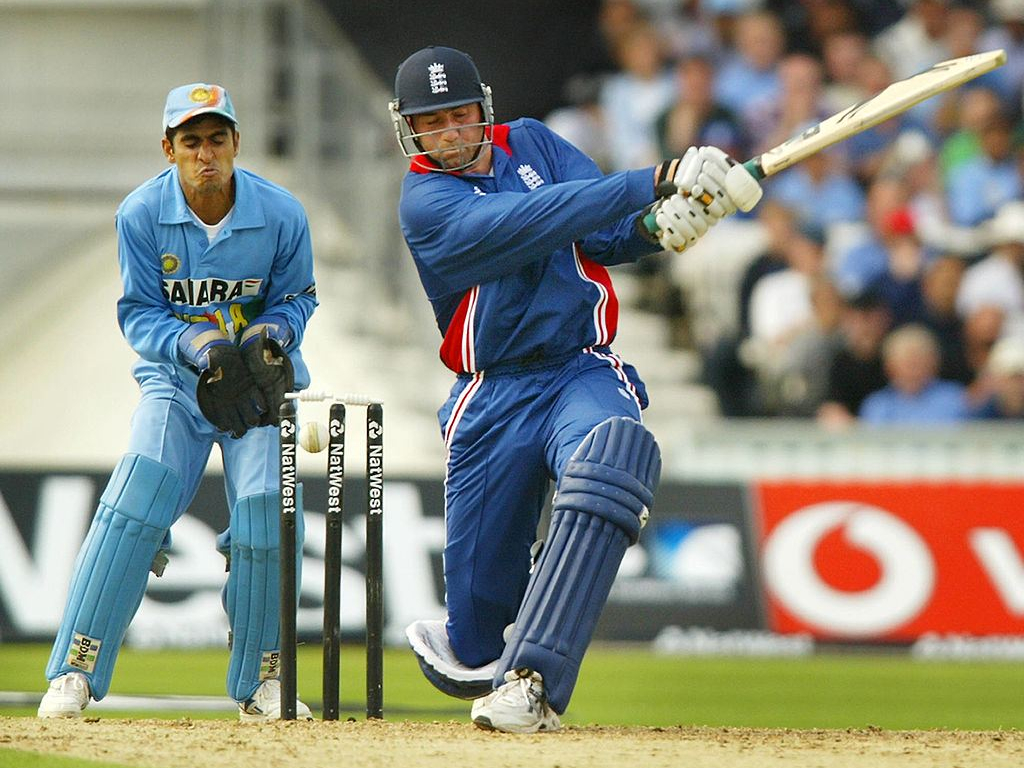 Hmm. We can’t help but feel this sounds a little bit like every England one-day side from 1993-2015.

A bold choice to mark out as one-day cricket’s pinnacle, but presumably very good news for Stuart Binny.

The Daily Mail’s Paul Newman on Essex’s imminent County Championship triumph: “It is akin to Leicester winning the Premier League.”

The Shahid Afridi of Kansas. An astonishing story, magnificently told by Jarrod Kimber. Writing, not just cricket writing, gets no better than this.