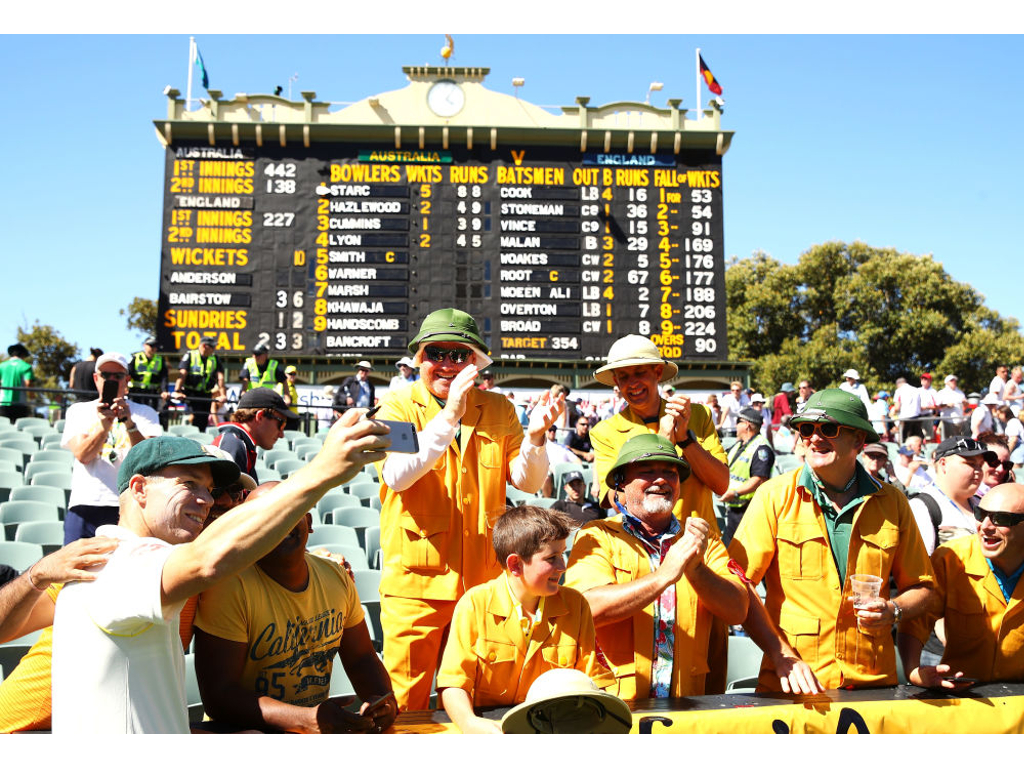 You might think that turning England’s adorable overnight Ashes hopes to dust in the space of the 17 deliveries it took for Josh Hazlewood to remove Chris Woakes and Joe Root would be victory enough for Australia.

But no. This is a hard-nosed sporting nation we’re talking about here, and they are determined to really turn the screw.

Not for Australia will a third 5-0 win in four home Ashes series suffice. No, it must be worse than that.

They’ve only gone and called up Mitchell Marsh for Perth. Now clearly they could call up Geoff Marsh and still win in Perth for it is written that England must always lose at the WACA. Even in 2010 they were humiliated at the WACA.

Some would say this is all a bit harsh on Glenn Maxwell, who has scored 278 and 96 since being the official standby in Brisbane but if you don’t convert those starts into 300s and 100s then you’re always going to leave the door open for a Marsh. And surely if any cricketer can see the bigger picture of what history will surely record as the Banter Ashes, it’s Maxwell.

Even the ICC are trolling the beleaguered tourists now, via the internet’s most powerful tool: Simpsons memes. There is no way back from this.

And the bad news just keeps piling up for England. You’ll need to make sure you’re sitting down for this one, because there’s no way to sugarcoat it.

Monty Panesar has had to pull out of Dancing On Ice after picking up an injury.

We are super sad to announce that owing to an injury sustained in training, @MontyPanesar has had to withdraw from #DancingOnIce 2018. You’ll be sorely missed Monty – rest up and get better soon 💙 pic.twitter.com/WxHPDMdrZJ

When will England cricket fans catch a break?